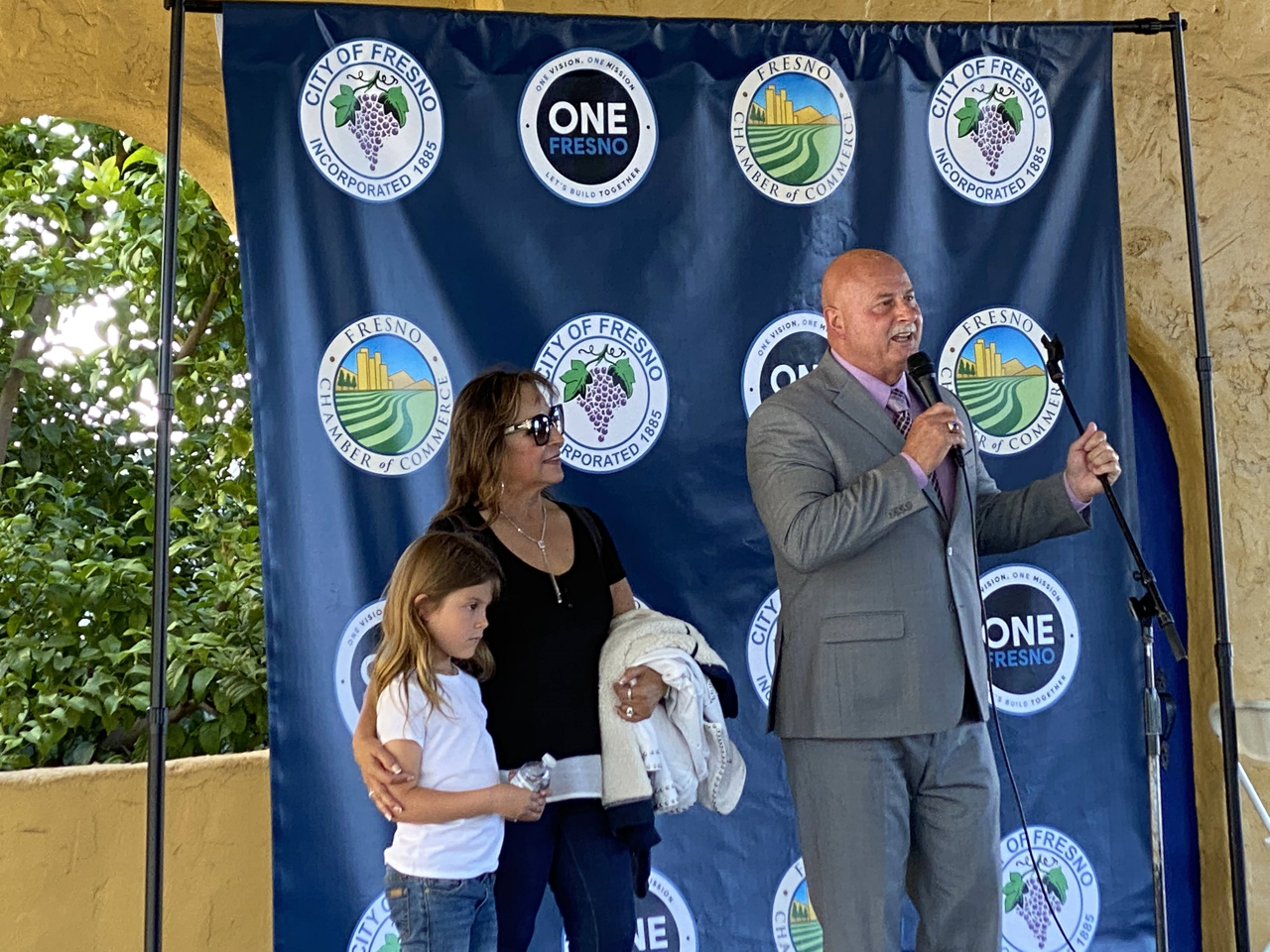 Joined by his wife, Diane, and granddaughter Trinity, Mayor Jerry Dyer addresses the crowd on Thursday, May 12, 2022. (GV Wire/David Taub)
Share with friends

Mayor Jerry Dyer told an audience at Chukchansi Park that Fresno can become a vibrant, prosperous city for all “but only if we work together as One Fresno can we make that happen.”

In his State of the City address on Thursday evening, the mayor highlighted his accomplishments after 17 months in office and continued to strike the “One Fresno” chord synonymous with his administration.

In a half-hour speech on the first-base side of the baseball stadium — mostly in the shade — Dyer talked about successes in reducing homelessness and cleaning the city of trash and crime. He also shared his outlook on housing and economic development.

Dyer highlighted his Project Off-Ramp initiative, in which homeless people are moved from highway embankments into temporary shelters.

“We will make sure this is a new norm for the city of Fresno,” Dyer said. He wants to extend that plan to canal banks, parks, neighborhoods, and business districts.

On Tuesday, the state told city officials that Fresno would receive $13.4 million to convert the Parkway Inn between Olive and Belmont avenues near Highway 99 into 62 units of transitional housing for homeless people.

In addition to enabling the city to buy the motel, the funding will provide supportive services such as employment readiness, educational support, and behavioral health services.

Good and Bad News on Housing

Recently, Dyer was criticized for touting a Los Angeles Times story calling Fresno the nation’s hottest housing market because of the city’s soaring rents and home prices. He incorporated that critique in his remarks Thursday.

“Well, that is good news for some, which shows people want to live in Fresno. The bad news is, housing costs are pricing Fresno residents out of the market,” Dyer said.

The mayor recently unveiled a One Fresno Housing Strategy to provide “a roadmap as we pursue innovative ways to expedite housing for all income levels in our city.”

Dyer Beer and Joke of the Night

The State of the City event, hosted by the Fresno Chamber of Commerce, moved to the evening after a breakfast speech last year.

Full Circle Brewery took advantage by brewing a special El Jefe lager, with a cartoon image of Dyer on the can. The beer received positive reviews from attendees. It was described as a light crisp beer. El Jefe is Spanish for “the boss” or “the chief.”

Maxwell said it was unusual for a 30-year-old to introduce the mayor, especially someone “80-years old.” 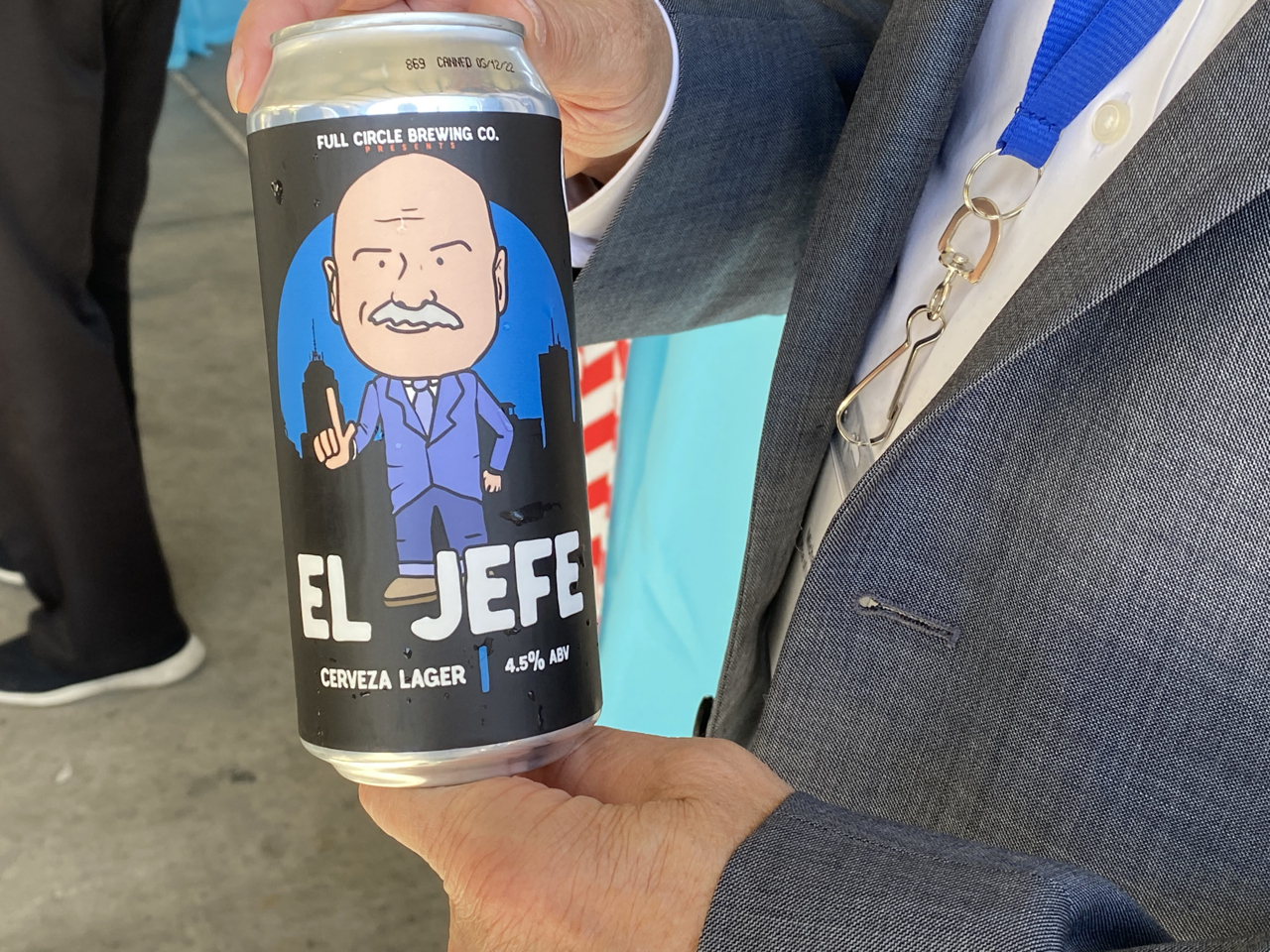