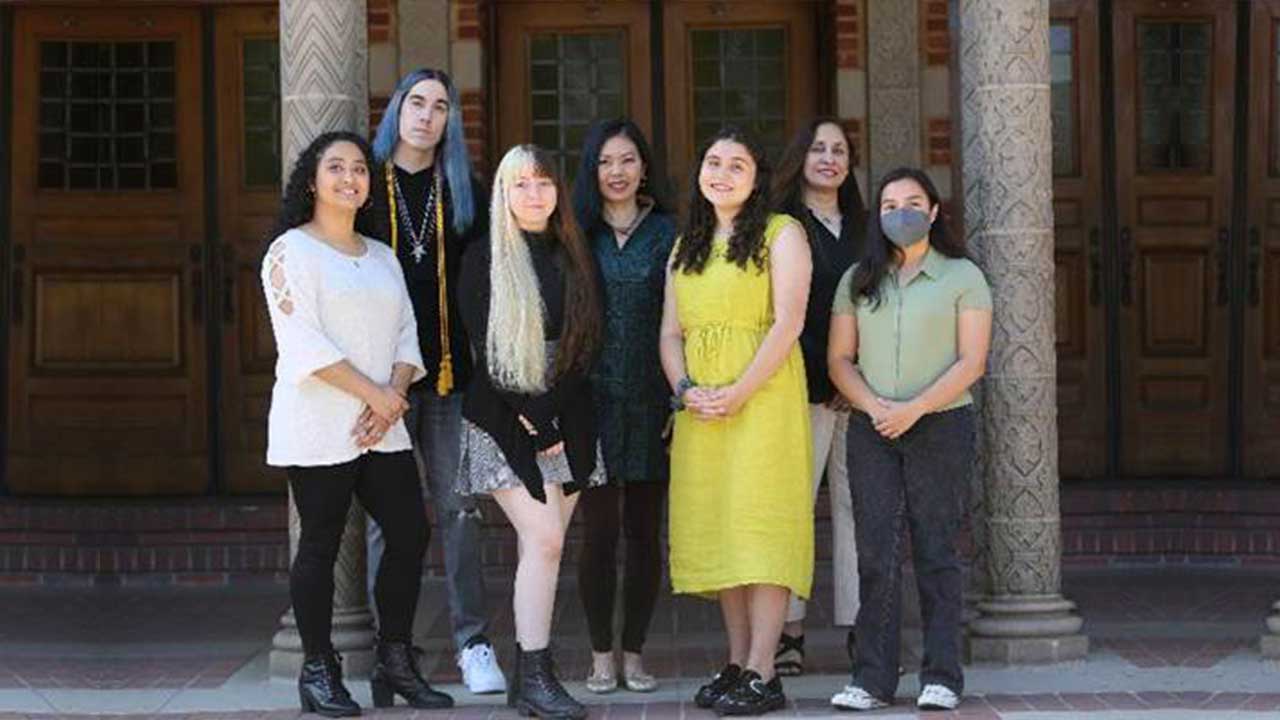 Fresno City College has announced the recipients of the Dean’s Medallion of Excellence Award winners for 2022, who are scheduled to receive their medallions at 6 p.m. Thursday in the Old Administration Building east courtyard.

The Dean’s Medallion of Excellence Award is presented to an exemplary student in each division based on the student’s academic achievements, community service and general excellence. The deans take into consideration their academic achievements, school participation, community participation and obstacles the student may have overcome to achieve his or her goal of earning an associate degree.

One of the Dean’s Medallion winners will be awarded the Tony Cantu President’s Medallion given in honor of former President, Tony Cantu, who died in April 2015. The recipient of this medallion will be chosen by Interim FCC President Dr. Marlon Hall.

Waradee Warstler, Allied Health, Physical Education and Athletics Division: Warstler of Fresno is graduating with a pre-allied health registered nursing option associate in science degree having earned a 4.0 GPA. An immigrant from Thailand, Warstler came to the United States with her husband 14 years ago. She overcame language and financial barriers to earn CNA and LVN certifications in adult school. She is starting the LVN to RN program at Madera Community College with plans to eventually transfer to Fresno State. Her goal is to become either a pediatric or geriatric registered nurse and potentially a family nurse practitioner. After becoming an RN, she will pursue an advanced nursing degree to fulfill her dream of building and running a nonprofit community health center in the Central Valley.

Imari Luna, Applied Technology Division: Luna of Fresno is graduating with an associate in science degree in professional photography. Imari is the first in her family to graduate college. She was raised by a single mother and her grandparents worked in the fields as farmworkers. Luna says that her late grandfather was the greatest influence in her life. She was working on a major class project that profiled him when he became critically ill and passed away. Through her grief and depression, she pledged to complete her degree. She says she loves photography because it makes her feel free and it makes her audience feel difference types of emotions. She plans to earn a bachelor’s degree in photography and become a professional photographer, travel, and capture many moments in time.

Sherine Seoudi, Business Education Division: Seoudi of Fresno is graduating with a business administration for transfer associate degree. She is proud of earning her degree because it will mean a better future for her, opening doors for more opportunities and better jobs. A couple of years ago, Seoudi found herself facing the challenge of becoming independent and beginning a new life. She says she decided to be stronger than her problems and start over again. Encouraged by her family to pursue a college education, she enrolled in classes at Fresno City College and said her life began to change and have new meaning. She is graduating with a 4.0 GPA and has been on the dean’s list each semester. She is now planning to transfer to Fresno State and continue her dream of earning a bachelor’s degree in human resources.

Faith Vega, Counseling and Guidance Division: Vega of Fresno is graduating with a sociology for transfer associate degree. Faith is a first-generation college student raised by a single mother. Her family always instilled in her the importance of getting an education. She says the COVID pandemic has been both stressful and challenging. The past two years have been the most emotionally and mentally challenging of her life suffering multiple hardships and adversities. She was a fulltime online student, worked full time to help her family financially and faced the devastation of losing a loved one. Vega says she is well prepared for the next step of continuing her education due to the many positive experiences and opportunities she has had at Fresno City College. She hopes to be a counselor or teach at the community college level.

Orion Luminiferous, Fine, Performing & Communication Arts Division: Luminiferous of Fresno is graduating with highest honors with an associate in science in music — commercial music. He is a former foster youth and was in foster care his entire life. He is proud that he can be a good example to other foster youth. Orion will be among the 3% of foster youth who graduate college. He wants other foster youth to see that if he can overcome the odds, they can too. He hopes to inspire others and represent the value of education to them. He states that FCC taught him important life skills such as time management and self-discipline. Orion’s future plans are to work in the audio engineering and music production fields and scoring music for film.

Morgan Poulter, Humanities Division: Poulter of Tollhouse is receiving her Dean’s Medallion in the Humanities Division as a result of her philosophy for transfer associate degree. In addition to her philosophy degree, she is also receiving transfer degrees in psychology and sociology — earning three degrees total. She is graduating with a 4.0 GPA. Her academic success has allowed her to tutor other students contributing to their success as well. Poulter says she is proud of her resilience despite difficult circumstances in her life, her persistence, and her ability to overcome mental health obstacles. She also prides herself on her volunteer work with animals and various environmental pursuits. Her long-term plans include becoming a clinical psychologist or a philosophy professor.

Zofia Trexler, Social Sciences Division: Trexler of Fresno is graduating with highest honors earning a political science for transfer associate degree. She will also graduate with a degree in global studies and one in law, public policy and society. Trexler says FCC has allowed her to realize her full potential and succeed in the way she always thought she could. She plans to earn a bachelor’s degree and eventually a law degree so she can advocate for the rights of the psychologically disabled. Among her many accomplishments, she has earned a CAL-Law certificate, works as a peer trainer, was one of two students to speak at a statewide legal conference, and testified as a primary witness for a bill to mandate mental health education in K-12 public schools. The bill became law in October 2021.

Soak up Views of Yosemite Falls Via This Livestream