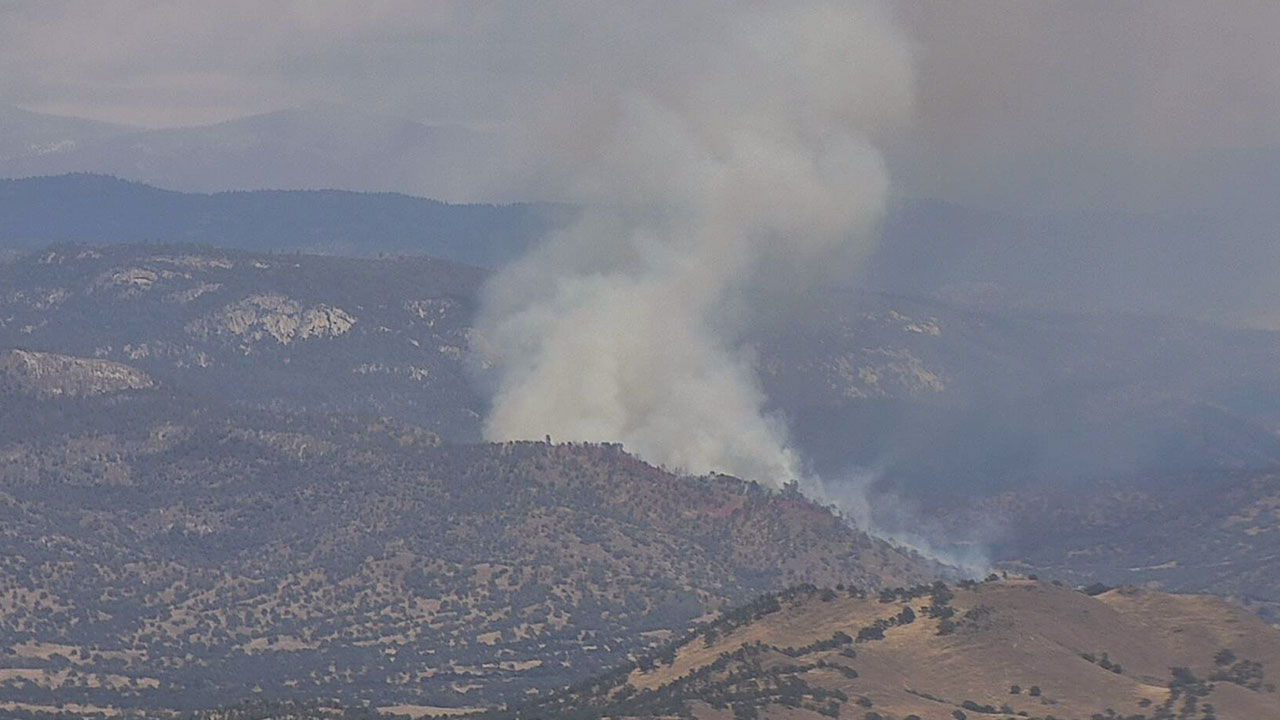 Aerial view of a wildfire that ignited around 12:30 p.m. Wednesday near Humphreys Station in Fresno County. (PG&E)
Share with friends

Update, 8:20 a.m., Thursday, May 12: CalFire officials report that a wildfire ignited Wednesday in the Fresno County foothills on Tollhouse Road is now 60% contained.

The fire, which spans 171 acres, is on steep terrain.

Officials said in a tweet that “crews will continue mop up efforts and improve construction of control lines until 100% containment is achieved.”

#HouseIncident – [Update] Firefighters worked throughout the night to control hot spots around the perimeter of the fire. The fire is 171 acres, 60% contained. Crews will continue mop up efforts and improve construction of control lines until 100 % containment is achieved. pic.twitter.com/nbjwNhgr3H

Fresno County officials warned foothill residents near Humphreys Station to prepare for an evacuation if a wildfire that ignited at 12:30 p.m. Wednesday continues to spread.

Firefighters on Scene, More on the Way

Sheriff’s Office spokesman Tony Botti said that CalFire and U.S. Forest Service firefighters are attempting to control the fire “and more resources” are on the way.

The fire broke out near Tollhouse Road and Pittman Hill Road. Law enforcement personnel at the scene are closing off roads in the area.

“We are encouraging residents to begin ready to leave should we have to elevate (to) an Evacuation Order,” Botti said.

The Fresno County evacuation map is at this link.