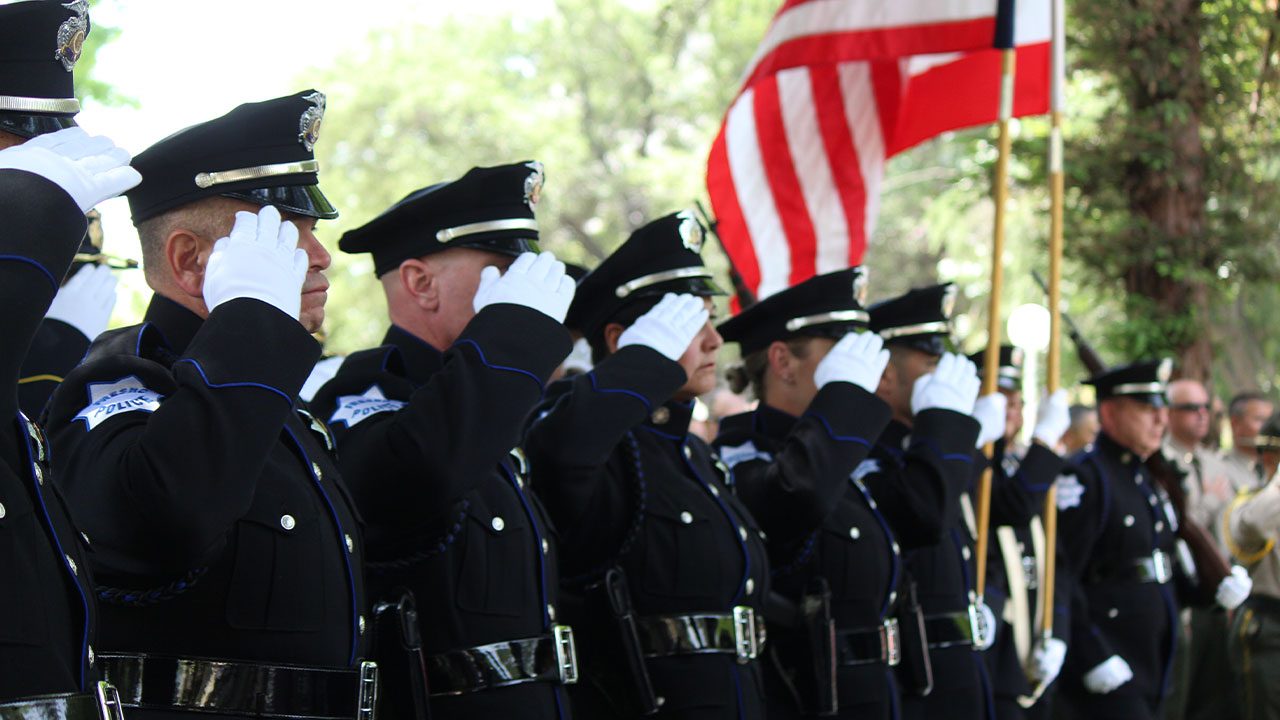 As far as the eye could see, men and women in khaki, green and dark blue law enforcement uniforms stood at a standstill in the middle of Fresno’s downtown Courthouse Park on Thursday to honor officers who in the last two years died in the line of duty.

“Today is a very special day because we get the opportunity to collectively show our appreciation and give honor to the family and to those who gave it all and served this community with integrity until their end of watch.” — Fresno Police Chief Paco Balderrama

For the first time since the COVID-19 pandemic began, families of the deceased and law enforcement officers came together for the Fresno County Peace Officers Memorial Ceremony.

Fresno’s Police Chief Paco Balderrama addressed the families acknowledging that the officers they were honoring risked their lives to protect the community.

“The profession of law enforcement is significantly different from any other in our society police officers, deputy sheriffs, correctional officers, and highway patrolman or state troopers, as we call them in Oklahoma, are all public servants who put their lives on the line daily,” said Balderrama.

“Today is a very special day because we get the opportunity to collectively show our appreciation and give honor to the family and to those who gave it all and served this community with integrity until their end of watch.” 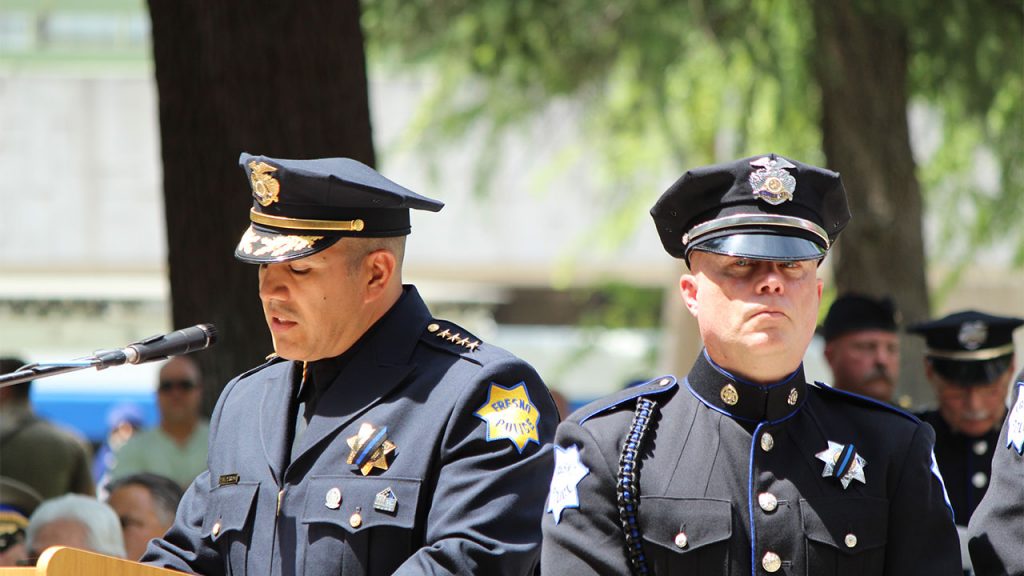 Toward the end of the ceremony, families and close friends of the fallen officers walked together hand in hand, laying roses near the granite memorial etched with the names of other Fresno County men and women who lost their lives in the line of duty. The names on the memorial date to 1889.

Law enforcement members in attendance also shared information about the fallen officers. In contrast to the somberness of the occasion, their fond memories often produced smiles and laughter. 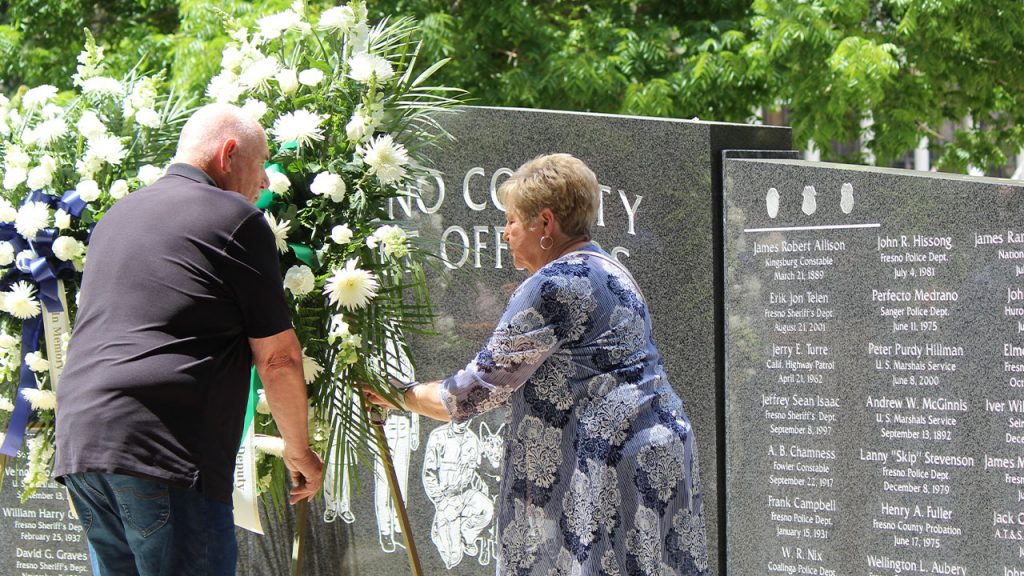 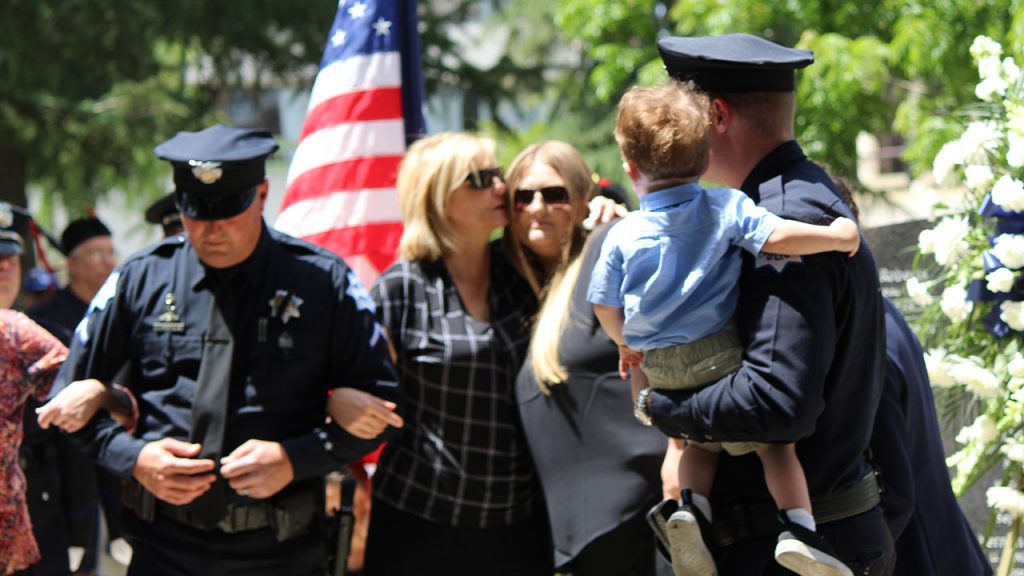 In addition to the emotions displayed by the families,  officers bowed their heads and some had watery eyes as everyone listened attentively while Balderrama spoke. 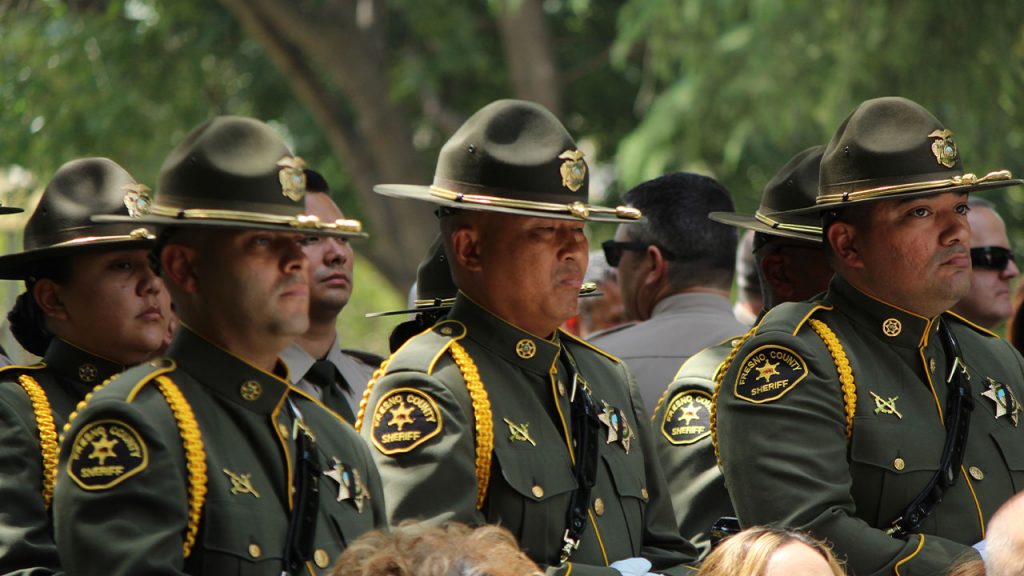 “According to the FBI, the number of police officers being feloniously murdered in 2021 went up compared to the previous two years,” said Balderrama. “National negative sentiments after isolated, tragic incidents involving police and the “abolish the police” and “defund the police” movements contributed to these increases almost overnight.”

He then called for the support of the community and elected officials and leaders at all levels. But, said Balderrama, “More than this, more than anything, we need the prayers and support and the love of our families.” 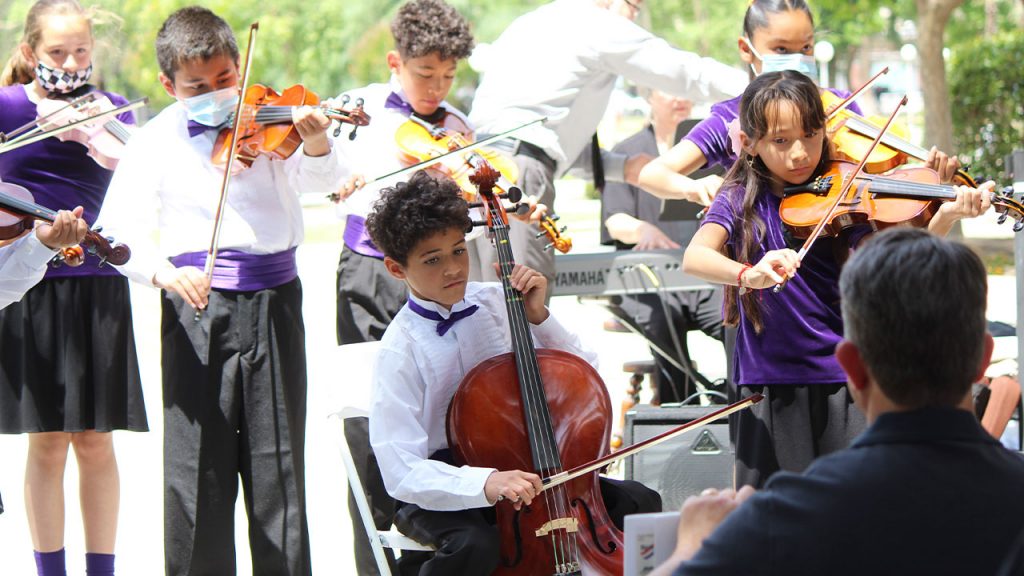 Biola Strings members pay tribute to officers who passed away in the line of duty. (GV Wire/Liz Juarez) 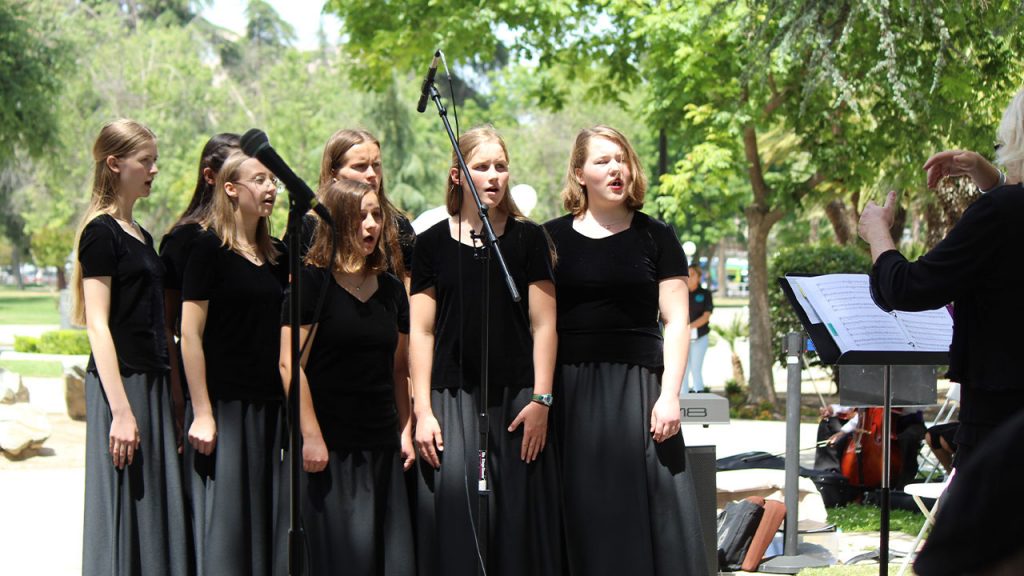 Inspire One Choir performs in the ceremony at Courthouse Park. (GV Wire/Liz Juarez)