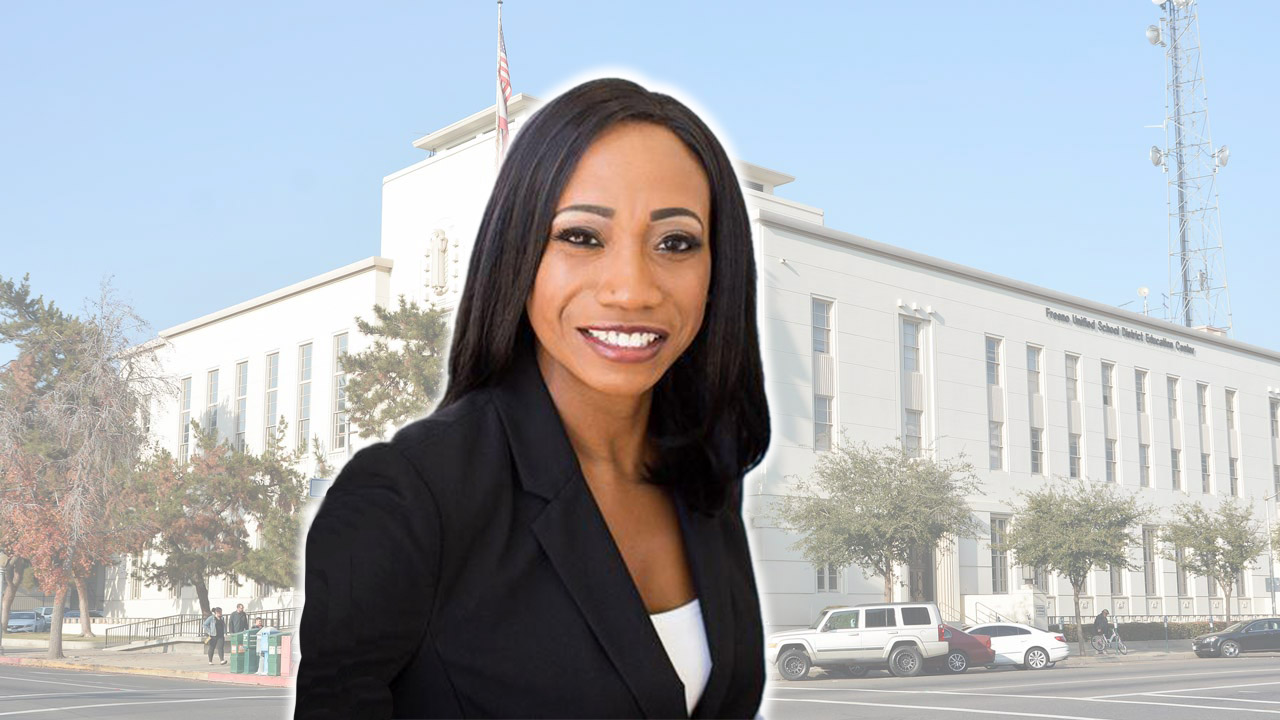 Fresno Unified’s new chief academic officer is coming from a Southern California school district that has been marked in recent months by friction among board members and critical news stories about her style of management as the superintendent.

Trustee Keshia Thomas called Baker’s hire “exciting” because as a newcomer to Fresno Unified, she will bring new ideas and new energy that the district needs to tackle its many academic challenges. The district is perennially near the bottom in state and national comparisons of academic performance.

According to Baker’s online resume, prior to serving two years as superintendent in Banning Unified School District, a 5,000-student district in Riverside County, Baker was deputy superintendent of the Hazelwood School District, an 18,000-student district in the St. Louis, Missouri, area from 2017 to 2020; state school redesign/reform officer for the state of Michigan Department of Education from 2013 to 2017; chief innovation officer for Detroit Public Schools from 2012 to 2013; and a charter schools chief academic officer and principal from 2007 to 2010. She taught high school from 2000 to 2002 and 2004-2007.

Thomas said Baker was hired based on her “excellent” resume and references.

Fresno Unified has a number of initiatives underway or just starting, including expanded transitional kindergarten and preschool, universal afterschool programs for TK-grade 6, and expanded dual enrollment and career technical education offerings. Jonasson Rosas said she’s grateful that Mecum will work through the summer, providing a longer period of transition for Baker to adapt to her new job and its many demands.

But Baker’s hire has sparked concern among members of the Fresno Unified community, causing some to question acerbically whether district officials know how to do a Google search.

According to media reports in Banning, there was friction between Baker, School Board trustees, and other members of the Banning Unified community. In 2020, shortly after she took over as superintendent, Baker was recorded at a meeting of the district’s bond oversight committee as chastising a committee member who had interrupted her, saying that she expected he would treat her with the same respect that she would treat him and others.

The so-called Banning Collective, which posted the video on YouTube, labeled her comments as “demanding” respect.

Meanwhile, the same group posted a video in January of a School Board meeting at which Baker appears to warn trustees against conducting a survey to get community input prior to the board doing her job evaluation, as one board member was advocating. Baker advised the board that if they conducted a survey on her, they would need to do surveys on all district employees being evaluated and warned them of legal repercussions.

She wound up hiring an attorney, at district expense, to represent her. At least one trustee questioned whether the district should have to bear that cost.

Baker also came in for some criticism by the Banning Parents in Action Facebook group, which questioned some of her accomplishments cited by board president Leslie Sattler when announcing Baker’s resignation.

“I just find it so funny how she added her whole list of praises like she was the best thing for our district and to sit there and say that she accomplished 1:1 technology for our district lmao no the federal government gave money to the district to buy chromebooks for our kids because of COVID and distance learning would it have happened if we never were in a pandemic I highly doubt it,” Maria Lopez-Torres wrote.

Sattler’s statement mirrored the accomplishments listed for Baker on the Banning Unified website. They included:

Teachers Union Not a Fan

Anthony Garcia, president of the Banning Teachers Association, said the board had worked collegially prior to Baker’s arrival in May 2020, but friction soon developed among the board members as well as between board members and Baker.

Garcia said the union’s criticisms of Baker included her decisions to hire consultants for facilities, technology, and communications, and to expand the size of the administration.

The 1:1 technology “accomplishment” would have happened anyway, since Banning like most school districts in America received federal money during the pandemic that enable districts to buy devices and internet for students who were on distance learning, Garcia said.

And when the board opted to censure one of its members who publicly requested that the district conduct a community survey to get opinions on how Baker had performed as superintendent, that board member was censured and was prevented from participating in Baker’s evaluation this year. Garcia said the union was challenging the legality of the censure resolution, which passed on a 3-2 vote.

As to why Baker, who had worked at Banning only two years, took the chief academic officer job in Fresno, Garcia said that “two of the three (trustees) that supported her are up for election, which might have something to do with her departure.”

‘A New Start’ for Baker

Thomas said she’s concerned that some people in Fresno are trying to sabotage Baker before she even gets a chance to start working here.

Thomas and Jonasson Rosas said they were unaware of any friction or criticisms of Baker in Banning.

“If, in fact, Dr. Baker has had a rough time, this (new job) gives her a new start to make great things happen in Fresno,” Thomas said. “Sometimes when we are in great positions, there is always someone who doesn’t like what you’re doing.”

“Anybody in any position is going to have negative press, and hopefully positive press too,” Jonasson Rosas said.

Thomas said she’s concerned that some people in Fresno are trying to sabotage Baker before she even gets a chance to start working here.

Baker had the support of at least four of Banning’s five board members, who voted 4-0 with one abstention in April 2021 to extend her contract through June 2025. Her salary, according to the district website, was $229,900 in the 2021-22 school year.

Criticism of school superintendents and School Boards was widespread during the pandemic, as the public debated the merits of school closings, distance learning, and mask mandates. Baker’s tenure at Banning began less than two months after COVID closed schools statewide.

According to the 38-month contract the FUSD board approved at the April 6 board meeting, Baker will be paid an annual salary of $248,000, an auto/travel allowance of $500 a month, paid medical, dental, and vision benefits as for other management employees, a $10,000 moving stipend, 20 vacation days annually, and dues paid to five professional associations. The district also will pay $20,500 annually toward her retirement account.

The board voted 5-0 to approve the contract, with Trustee Terry Slatic abstaining. When asked why he had voted in March to hire Baker but then abstained from approving her contract, Slatic explained in a text message, “Because there were terms within the contract, that were ‘negotiated’ after she accepted the offer that I did not agree were reasonable. Plus, the terms were already agreed.

“These terms were, in classical FUSD fashion, obfuscated from public view and only electeds w 50 hours a week to dissect this dysfunctional district stumbled upon them.”

Slatic declined to identify the contract terms that he objected to.