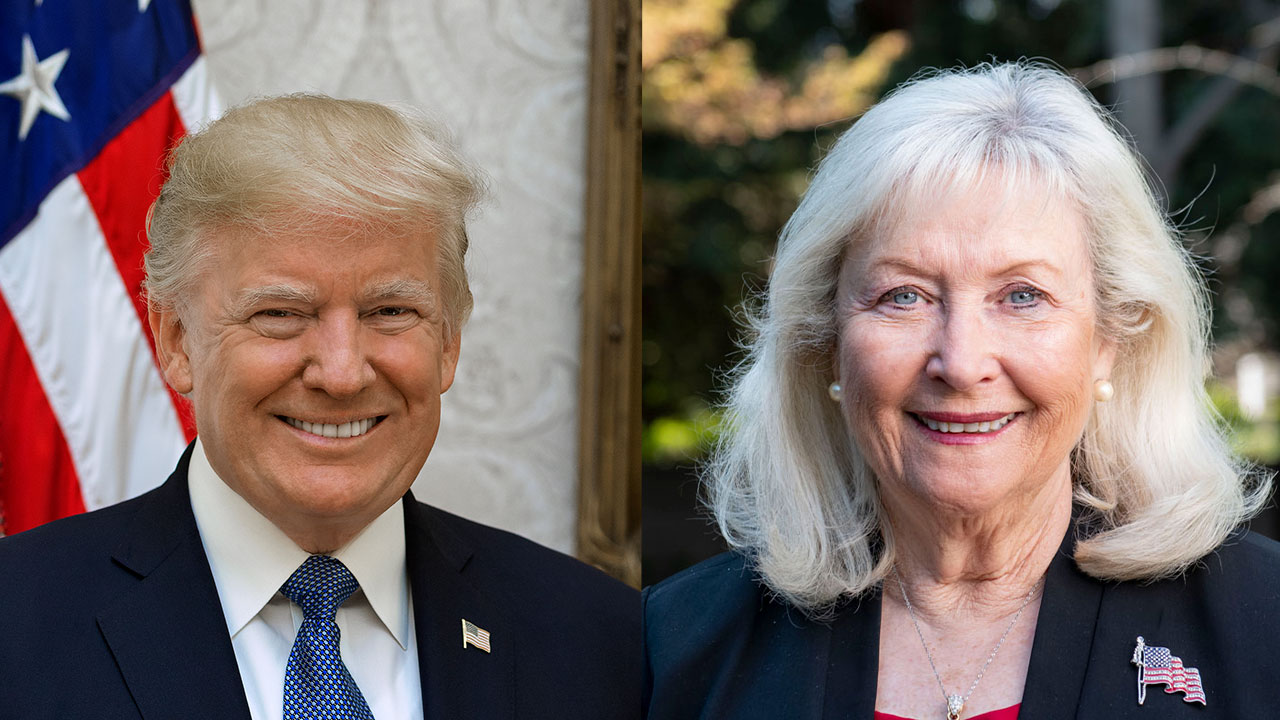 Connie Conway received a big endorsement from her former boss.

Conway, R-Tulare, faces Fresno Democrat Lourin Hubbard in a special election runoff on June 7 to serve in Congress. The winner will represent District 22 residents until Jan. 3, 2023.

Devin Nunes, whom Trump called “my friend” in an email statement, resigned from the House seat on Jan. 1 to run Trump’s social media company.

“Our Republican candidate, Connie Conway, will do a fantastic job in Congress representing the people of California. A former Republican Leader of the California Assembly and Farm Service Agency official in my Administration, Connie will fight to Grow our Economy, Promote American Agriculture, Deliver Water Solutions, Secure the Border, Support our Military and Vets, and Protect the Second Amendment. Connie Conway has my Complete and Total Endorsement!” Trump said in an email.

Conway said she was “appreciative of the President’s endorsement.”

In the April 5 primary, Conway earned the most support, 35% of the votes cast, but fell short of 50% plus one needed to win the election outright. Hubbard received 19% in the safe Republican district that covers parts of Fresno and Tulare counties.

Despite losing the presidency to Joe Biden in the 2020 election, Trump has retained his hold on the Republican Party. He has met with a parade of GOP congressional candidates seeking his backing. The first test of Trump’s strength comes today in Ohio, where voters will choose between the Trump-backed JD Vance and other Republicans in the primary for an open U.S. Senate seat.

“The month of May is going to be a critical window into where we are,” Maryland Republican Gov. Larry Hogan, a Trump critic, told PBS. Hogan is defending incumbent GOP governors in Georgia, Ohio, and Idaho against Trump-backed challengers this month. “I’m just concerned that there are some people trying to tear the party apart or burn it down.”

Sen. Ted Cruz, a Texas Republican who battled Trump for the 2016 presidential nomination, is confident that Trump’s influence remains strong.

“The voices in Washington that want him to fade into obscurity or to be silenced are engaged in their own form of wishful thinking,” Cruz said. “That’s not going to happen. Nor should he.”

Conway tells GV Wire that she never formally applied for the endorsement. On Monday, Trump called her out of the blue.

“He asked me how I was doing and said that he wanted to endorse me. He was following the races,” Conway said. “He knew that I had worked very hard after he appointed me to the Farm Service Agency executive director.”

Conway says she has not had interaction with Trump since the end of the administration. An unfamiliar name from Washington popped up on her phone. It was a staff member of the former president who connected the call. 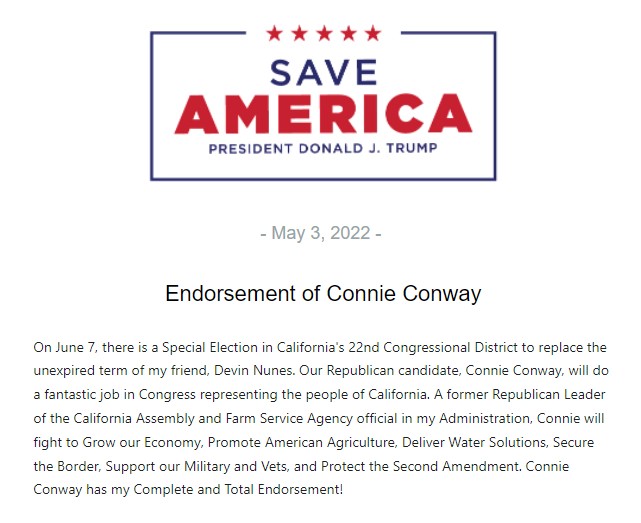