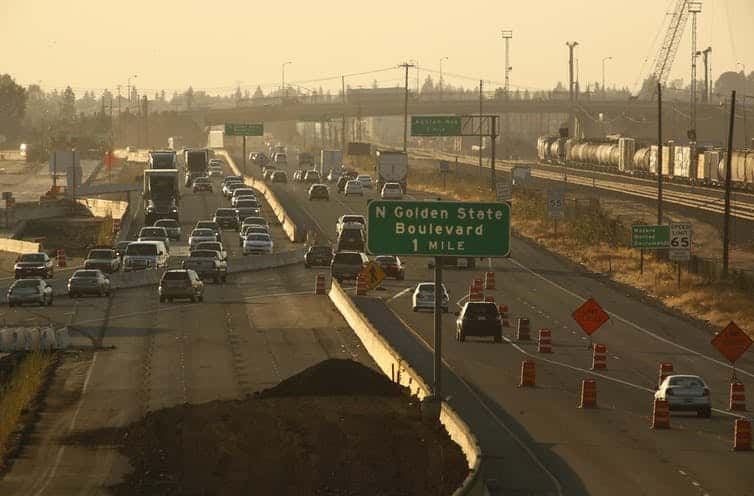 The debate about how best to clean the Valley’s notoriously unhealthy air is intensifying.

Arambula’s Assembly Bill 2550 passed that body’s Natural Resources Committee on Monday after lawmakers heard testimony for and against the legislation.

“Ultimately, it is the state’s responsibility to ensure that everyone, including our people who currently live in the San Joaquin Valley, can breathe cleaner air and not suffer from the impacts of pollution,” said Arambula, a Fresno Democrat and emergency room physician.

“AB 2550 seeks only to require additional involvement by CARB in an effort to improve the San Joaquin’s air quality — the health and safety of the Valley residents cannot wait any longer.”

A recent “State of the Air” 2022 report released by the American Lung Association ranked the Fresno-Madera-Hanford metro area as having the nation’s worst 24-hour particle pollution. The region also ranked among the worst for annual particle pollution and unhealthy ozone levels.

Catherine Garoupa White, executive director of the Central Valley Air Coalition, testified for the bill. She provided health statistics showing that more individuals in the San Joaquin Valley die each year of particle pollution than in car accidents.

White called for additional assistance from CARB in enforcing measures and strategies that could help the Valley air district meet clean air goals.

“AB 2550 creates a middle path between a complete takeover of the air district or the current hands-off review by requiring a collaborative planning process that ensures inclusion of community-based organizations and disadvantaged communities,” said Garoupa-White.

Tom Jordan, who is the air district’s senior policy advisor, spoke in opposition to the bill. He said that the Valley’s air is improving and the district already works closely with CARB.

Brendan Twohig, a lobbyist with the California Air Pollution Control Officers Association, also spoke against the bill. He said the bill won’t reduce emissions and lobbied for more funding for incentive programs that cleanse the air.

Despite government shutdowns during the COVID-19 pandemic that limited travel and transportation in early 2020, dozens of California counties and cities saw more particle pollution in this year’s report than in last year’s.

In fact, particle pollution increased throughout the state with clean air experts attributing the spike to California wildfires.

The U.S. Environmental Protection Agency considers particulate matter to be anything from dust, dirt, soot, or smoke that is large enough to see with the naked eye or so small that it can only be detected through an electron microscope.

PMs can range from 10 micrometers to 2.5 micrometers. They are made up of several chemicals spread through construction sites, unpaved roads, fields, smokestacks, and fires. 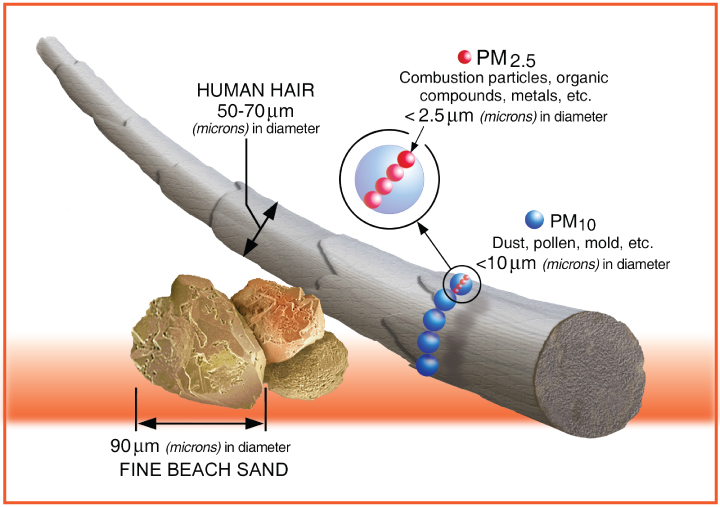 Particle matter can range from 10 micrometers to 2.5 micrometers as small as the size of a single human hair. (GV Wire Composite/Paul Marshall)

“Reducing the intensity and negative outcomes of these events through well-designed prescribed fire, public education, monitoring programs, and other key strategies can help reduce harmful exposures.”

Nationwide, nearly 9 million people were impacted by deadly particle pollution with a total of  137 million Americans living in counties that had unhealthy levels of ozone or PM pollution.

Communities of Color Most Impacted by Particle Pollution

“More than 9 out of 10 Californians live in a community impacted by air pollution,” said Ruacho. “This is especially true in communities most impacted by transportation pollution today, often in lower-income communities and communities of color, with nearby sources of … shipping pollution.”

Dr. Erick Fernandez y Garcia, a pediatrician affiliated with UC Davis Health, said that he worries about how the pollution statewide is gravely affecting young children.

“I cannot ensure that they or my own children have clean, healthy air to breathe, and that is incredibly concerning to me,” said Fernandez y Garcia.