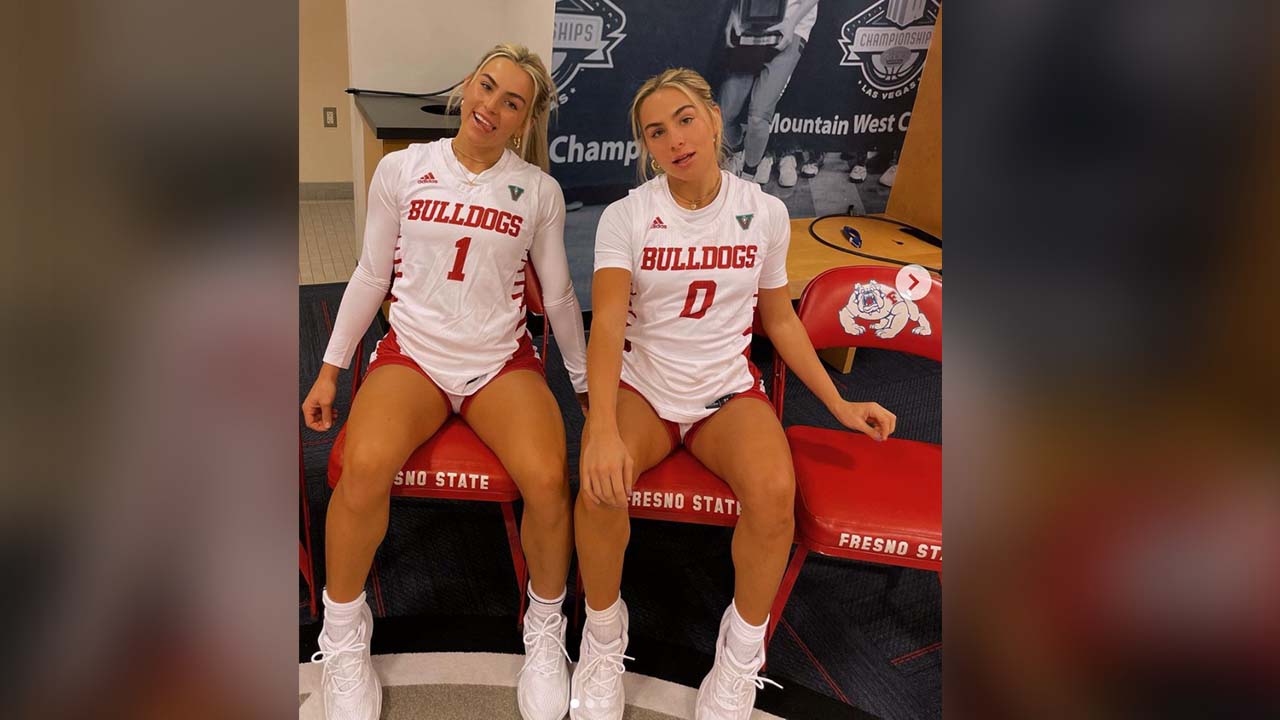 Haley (1) and Hanna (0) Cavinder are leaving Fresno State to play at the University of Miami. (Instagram/Hanna Cavinder
Share with friends

The Cavinder sisters — identical 5-foot-6 twin guards who combined to average 34.2 points per game in their three seasons at Fresno State and built an enormous social media following during the pandemic — announced Thursday night that they are transferring to Miami for their senior seasons.

“WHAT’S UP MIAMI,” Hanna Cavinder wrote on Instagram, under a photo of she and her sister in Miami uniforms.

Miami later confirmed the move and announced that the sisters have officially signed with the Hurricanes.

“Coming into the offseason losing four impactful players, we felt like we had specific needs and Haley and Hanna absolutely helped us meet several of them,” Miami coach Katie Meier said. “They are huge pieces for our program.”

Capitalized on NIL for at least $1 Million

The Cavinders instantly became stars of the Name, Image, and Likeness phenomenon as soon as it became officially an option for college athletes on July 1, 2021.

Boost Mobile signed them immediately, touting that move with a giant advertisement in New York’s Times Square. Many other deals — including ones with Champs Sports, Eastbay, and apparel company PSD — soon followed, and they even have an ownership stake in another apparel company. They also signed a development deal with WWE wrestling.

They can be hired through the site Cameo for personalized video messages ($75) or ones for a business ($750). Some estimates have said that their deals are already worth in excess of $1 million; others within the NIL space said it could be significantly more.

“When we got on campus, there was just a vibe and a feeling you get when you know it is the right decision,” Haley Cavinder said. “I just think with Coach Katie and the leader she is and what she has done with the program, there is something that we were so attracted to, and I think we knew when leaving Miami that we wanted to come back.”

And now they’re coming to Miami, a school that has already seen several football players and others get lucrative NIL deals in recent months. The Cavinders join a Hurricanes program that finished 21-13 this past season, went to the Atlantic Coast Conference championship game, and reached the second round of the NCAA tournament.

However, the Cavinders were unable to carry Fresno State to the NCAAs last season. The Bulldogs finished 11-18 (7-10 Mountain West) and bounced out of the conference tournament in the first round.

“They repeatedly told me how badly they want to win and win big,” Meier said. “We were looking for people to help us make deeper runs in March that so it was a perfect fit.”

The additional exposure that the twins will bring won’t hurt. Miami averaged 1,378 fans at home games this past season, only 11th-best out of the 15 teams in the ACC.

The Cavinders are from Arizona, but the move to Miami is a homecoming of sorts for the family. The sisters’ father, Tom Cavinder, played at Nova Southeastern University in Davie, Florida — about 45 minutes north of Coral Gables — from 1992 through 1994.