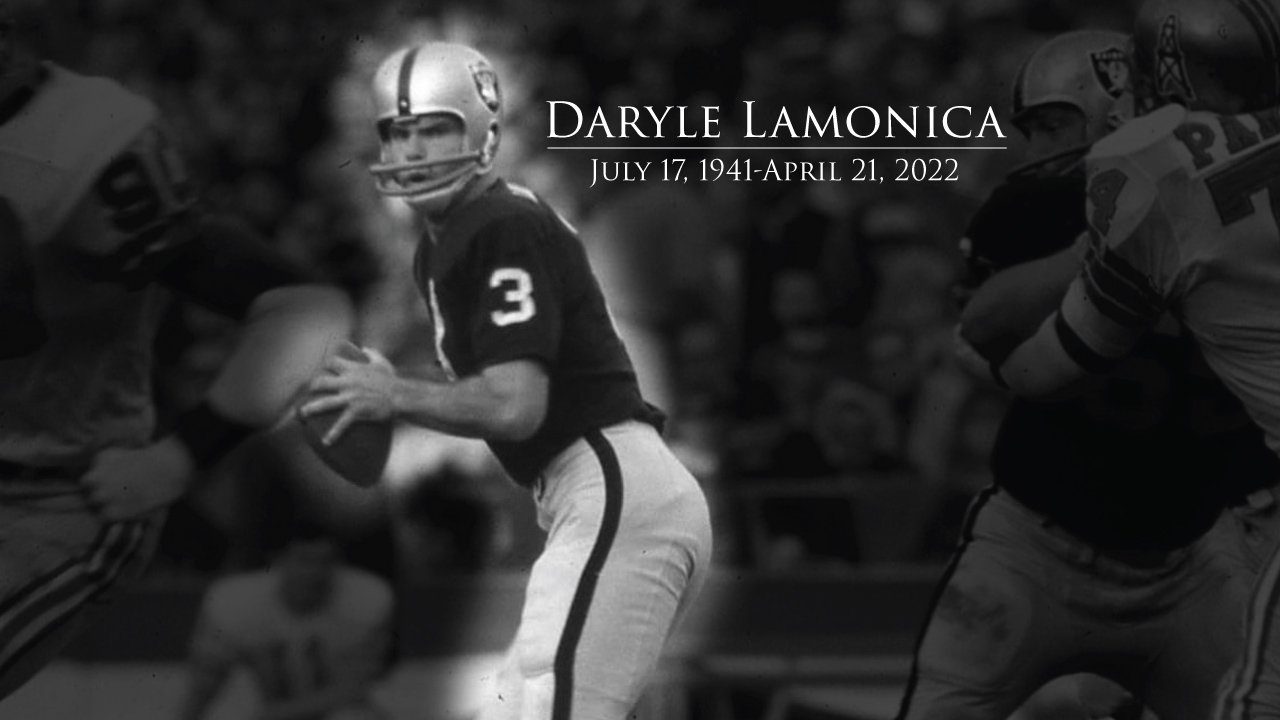 Daryle Lamonica, revered by Raiders fans around the world and people throughout the Valley, passed away at his Fresno home at the age of 80 on Thursday morning.

The Fresno County Sheriff’s Office said that he died of natural causes.

If you ever meet him…what a wonderful man. So talented yet, so humble & kind. Amazing mind-able to recount the smallest detail from 40+ years before. Loved our community of Clovis! Rest In Peace Daryle Lamonica, you made the world a better place. My prayers are with his family. pic.twitter.com/plgWDYRyni

Lamonica was a star quarterback at Clovis High School, where the football stadium is named in his honor, before matriculating to Notre Dame.

He spent his first four pro seasons as a backup with the Buffalo Bills of the American Football League. But, at age 26, following a trade to Oakland, Lamonica blossomed into the “Mad Bomber” —not only taking the Raiders to their first Super Bowl appearance but also leading the AFL in touchdown passes with 30.

The 6-foot, 3-inch, 215-pound Lamonica led the Raiders into the postseason five times from 1967 to 1972, winning at least one playoff game in four of those trips.

The Las Vegas Raiders called Lamonica “a pioneer of the vertical game” in a statement on their website. “The Raiders Family is deeply saddened to learn of Daryle Lamonica’s passing earlier today. … The Raider Nation will forever miss his easy-going nature and warm smile. Our deepest condolences are with his wife Mary, son Brandon, the rest of the Lamonica family, teammates, and friends.”

Said Clovis Unified in a statement: “The Clovis Unified community lost an icon today with the passing of legendary athlete Daryle Lamonica, the namesake of Lamonica Stadium on the Clovis High School campus.  Lamonica established a high standard of athletic excellence, performance, and character for student-athletes who followed his graduation from Clovis High School.”

Watch: Lamonica Explains ‘the Right Way’ To Play the Game

A Match Made in Heaven

Lamonica’s strong arm and penchant for throwing the deep ball meshed perfectly with receivers such as Warren Wells and Fred Biletnikoff and turned the Raiders into a powerhouse.

They went 13-1 during the regular season in Lamonica’s first year at the helm and he was named both first-team All-Pro and AFL Player of the Year. He tossed two TD passes as the Raiders defeated Houston for the AFL title game before falling, 33-14, to Green Bay in the Super Bowl.

In his six seasons as a starter for the Raiders, Lamonica was one of the game’s most prolific passers, leading pro football with 145 TD passes — 24 more than second-place Fran Tarkenton. His 16,006 yards of passing ranked third from 1967-72.

He was at his best during the playoffs, throwing five TD passes in a 41-6 win over Kansas City in 1968 and a record six the following season against Houston. Only Steve Young and Tom Brady have matched Lamonica’s six TD passes in a playoff game and only Patrick Mahomes and Kurt Warner have multiple games with at least five.

Lamonica also played a starring role in one of the most memorable games ever, throwing four TD passes, including the go-ahead score to Charlie Smith in a 43-32 win over the Jets in a game now known as the “Heidi Game” because NBC cut away from the finish on the East Coast before the Raiders comeback to show the children’s movie.

Ken Stabler replaced Lamonica as the starter in 1973  and Lamonica later finished his career in the World Football League.

The Raiders went 62-16-6 in Lamonica’s starts for the best winning percentage for any starting QB in the Super Bowl era with at least 75 starts.

Check out Lamonica’s career stats at this link.

Here is a look at his 18 fourth-quarter comebacks and 17 game-winning drives.