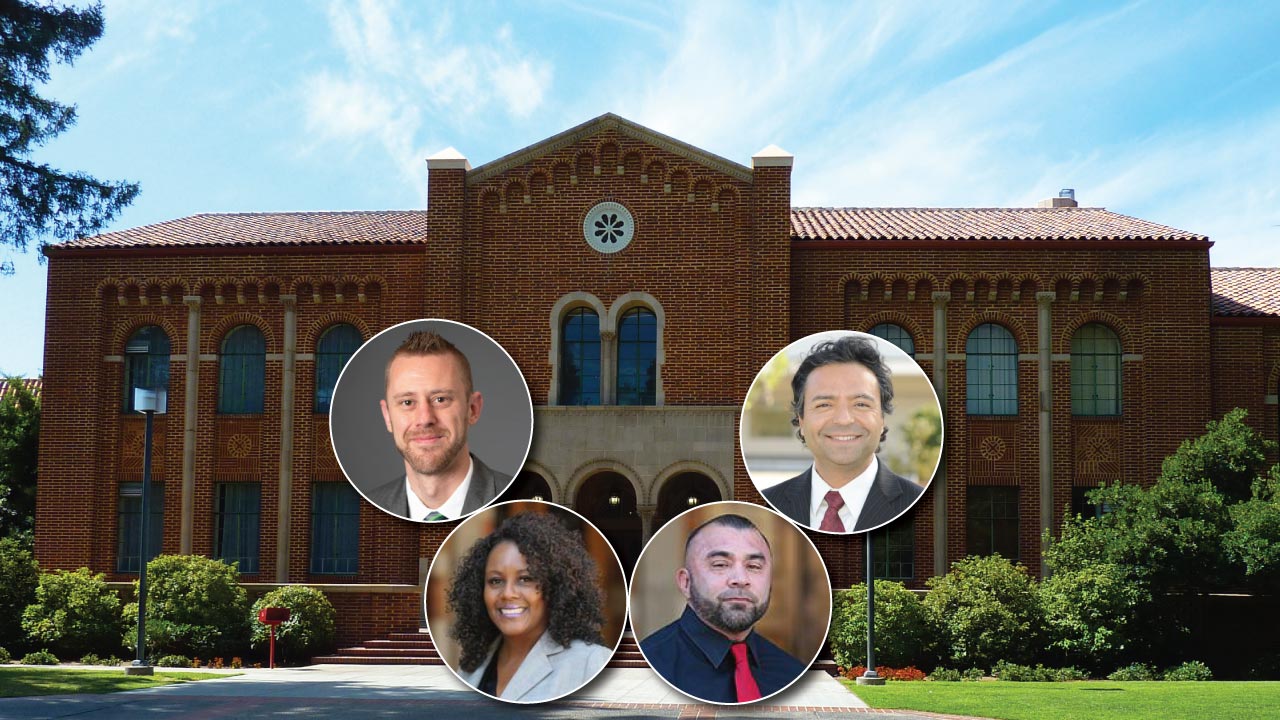 Reversing the loss of community college enrollments was identified as a top priority among the four candidates vying to become the next president of Fresno City College, who were presented to the community Tuesday during one-hour forums.

The forums, held in the college’s Old Administration Building auditorium and aired on Zoom and YouTube, were the public’s first look at the candidates vying to replace the former president, Carole Goldsmith, now the chancellor of State Center Community College District.

The forums were only one part of the job interview process that the four candidates have been undergoing.

The college accepted feedback from the public up until midnight Tuesday.

State Center spokeswoman Lucy Ruiz said Tuesday that Goldsmith’s recommendation for the position will go to the Board of Trustees for a vote. Depending on contract negotiations, the appointment could be on the May or June board meeting agenda, Ruiz said.

Related Story: Who Will Be the Next President of Fresno City College?

Rebuilding enrollments, which plummeted during the pandemic, is necessary if Fresno City and other community colleges are to avoid making budget cuts, the candidates said.

The candidates were asked a variety of questions, ranging from whether they think online classes should continue to be offered post-pandemic (most said yes, although Clasemann said he prefers in-person classes because students learn better there); what they would do to change the perception among some students that Fresno City, the biggest college in the State Center system and one of the state’s oldest community colleges, is more like a high school than college (Fresno City should do a better job sharing its story with the community, was one answer); and whether they believe in the “collegial consultation process” to decision-making (all four said they are firm believers in involving faculty, staff, students, and the community as team players).

Niroumand drew a laugh when he said he spent his birthday weekend preparing for Tuesday’s forum and noted that as an Aries he’s already a “Ram.” (Fresno City’s mascot is the Ram.) Niroumand, who fled Iran as a refugee, established his regional connections when he noted that he started his schooling at Clovis Adult School when he was living in the Fresno area with one brother before heading to Southern California to continue college while living with another brother.

A question about whether they would have a “Fresno City College first” outlook or seek more cooperation and collegiality among the district’s four colleges brought a similar response from the two local candidates, Hall and Pimentel, who both said Fresno City is and should be No. 1. As the district’s largest college, its success or failure impacts the region.

The two out-of-town candidates, Niroumand and Clasemann, had less parochial responses. College officials should be thinking first about what is best for students, and if that means they move around among State Center’s colleges to take classes, so be it, said Clasemann, who works at Indiana’s only community college, which has 19 campuses.

All four talked about the region’s poverty and low rates of college education and how they would work to get more people, especially men of color, into post-secondary education.

Being The ‘Face’ of Fresno City

Their answers to a question about whether they could be the face of Fresno City College and the city of Fresno, their answers reflected the diversity among the candidate pool.

“Well, if you look at the lineup of the individuals that will be speaking today, you will see that I am the only female, and I am the only African American,” Hall said. “Our community is a community of minorities. This role is a role that has been dominated heavily by males. It is time for that narrative to change.”

“Absolutely, 100 percent,” said Pimentel, who had earlier talked about his childhood growing up in poverty in Huron as an English learner student. ” … I feel I can represent our community well, because of my experience and educational background.”

“Could I be the face? Yes. Could I represent the college in every aspect? No,” Clasemann said. “And I don’t think that’s necessarily the president’s job. I think there are some settings where the president has to be the person who goes out there.

Clasemann, who later identified himself as gay while answering a question about equitable leadership, then talked about how he would use his race to promote equity.