This Fresno State Team Is Headed to National Championship Match 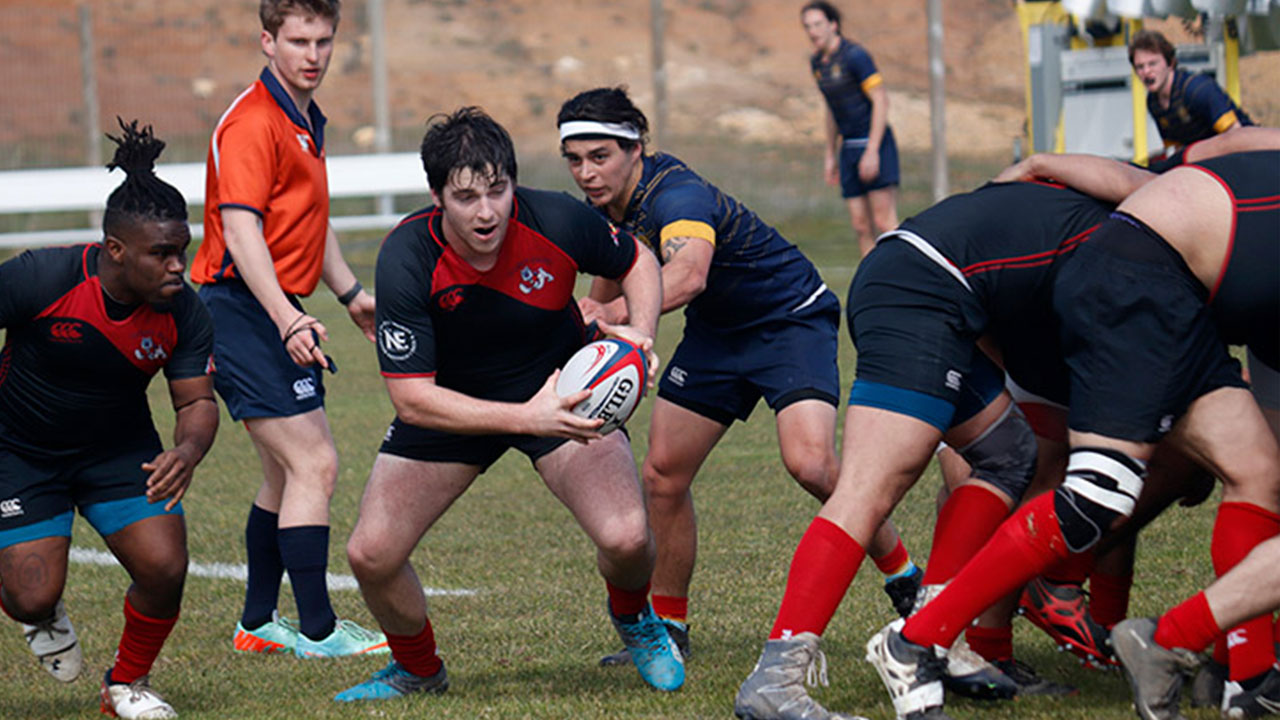 Fresno State has had a couple of NCAA Division 1 national championships (the 1998 softball and 2008 baseball teams brought home the top prizes).

Now Fresno State Rugby Team aims to add to Fresno State’s history of club national championships, which include titles in men’s and women’s judo and bowling. The Bulldogs will take on the University of Kansas on April 30 at Choctaw Stadium in Arlington, Texas, in American College Rugby’s D1-AA championship match.

Fresno State earned the trip to Texas and the finals by besting Western Washington, which had the home-field advantage, in the West Regional championship match last weekend by a score of 52-15.

Rugby, a sport that began in 19th century England, bears only a slight similarity to American football, mostly in the shape of the ball (both are oval). Instead of 11 players, 15 per team take the field, which is called a “playing enclosure.” Players score by crossing into the in-goal area (like the end zone), a conversion kick after a score, a penalty kick, or a drop goal. There is no forward passing, but the ball can be passed laterally or to the rear, so it’s more of a running game. The play action includes the big pile-up known as a scrum, plus mauls and rucks.

The sport also has interesting terms for player positions, including loosehead prop, tighthead prop, hooker, flankers, and the No. 8.

Levine, a Fresno State instructor and community organizer, captured 2,091 votes, or nearly 58% of the votes cast in the Fresno High Region election, according to the Friday update. Retired parole administrator Daniel Renteria has 758 votes, or 21%, followed by retired firefighter and School Board gadfly Andrew Fabela with 397 votes (11%) and retired teacher Russ Allen with 388 votes (11%).

County Clerk James Kus said last week that the election won’t be certified until at least April 29, so there will still be one vacant seat on the dais when the School Board meets on Wednesday.

The seat has been empty since the death last July of longtime Trustee Carole Mills.

Clovis Unified, which has had a long history of discouraging unions for its educators, is preparing for its first bargaining sessions with an educator unit.

At Wednesday’s meeting, the School Board will hold a public hearing on the initial collective bargaining agreement with the Association of Clovis Educators — Psychologists unit. At this point, the agreement is more framework and less detail-oriented, but it spells out the issues that will be covered in the contract as it’s negotiated.

The school psychologists voted last year to form a bargaining unit when they had enough signatures gathered in support of ACE representation. The union is still on the hunt to collect teacher signatures.

These Aren’t Just Any Pianos

For those among us whose expertise at the keyboard might be limited to “Chopsticks” and a simplified version of “Für Elise,” news that Fresno City College has achieved All-Steinway Status might leave us a little underwhelmed.

But All-Steinway Status means that Fresno City College musicians will have some very fine instruments indeed for practice and performance. Last month the college cheered the arrival of its final pianos, a Steinway grand and two Boston uprights.

They are the latest in the Steinway collection that includes a 9-foot concert grand delivered to the Old Administration Building in 2016 and nearly 20 other Steinways since then. They replaced pretty ancient pianos that were long overdue for retirement.

A special Steinway artist concert is scheduled for Friday, May 20, at 7:30 p.m. in the OAB Auditorium to celebrate this college milestone. This free concert will include the unveiling of the All-Steinway Status plaque.

Steinways are quite expensive to purchase and maintain, so the college launched the Fresno City College Steinway Fund, a $750,000 fundraiser with State Center Community College District matching donations. For a minimum donation of $750, donors can “adopt” one of a piano’s 88 keys.

(And because School Zone is a fan of the rock group Queen, I couldn’t resist sharing this video of Fresno City student Maurissio Rodriguez in 2019 at a college Steinway with his version of “Bohemian Rhapsody.”)