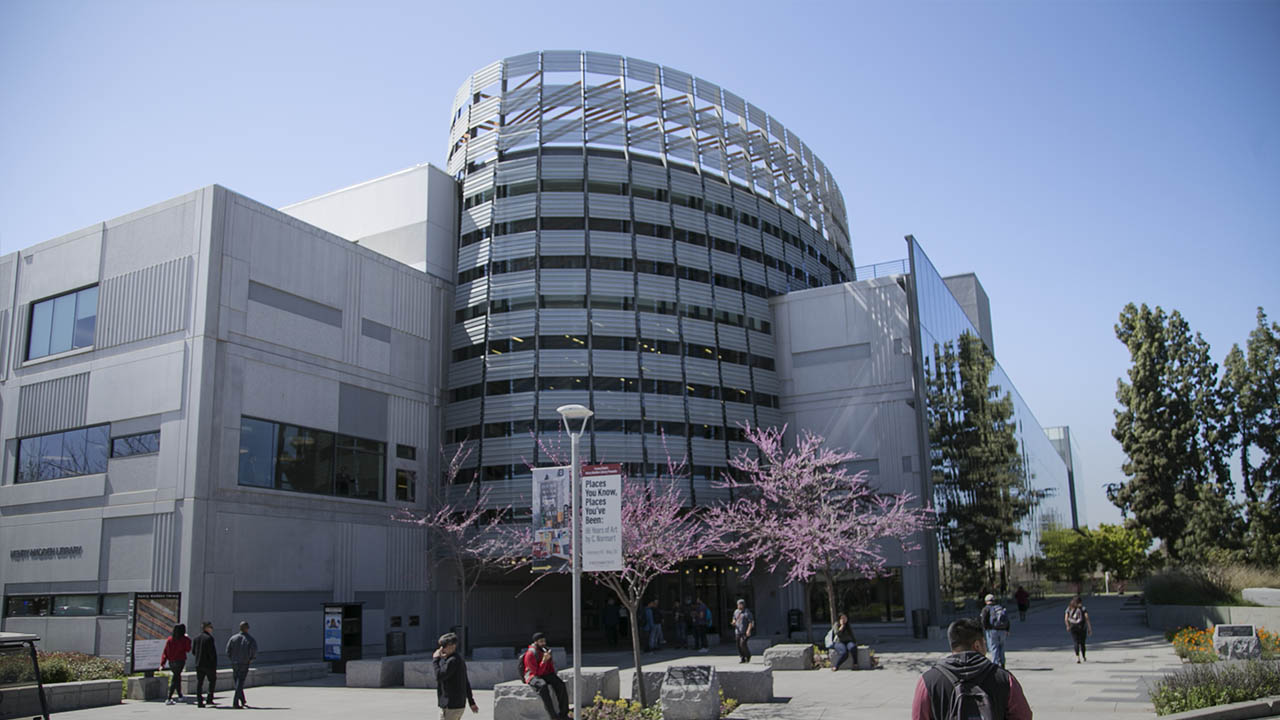 The task force was formed in 2021 after the university learned of his antisemitic views and Nazi sympathies. The discovery sparked calls to take Madden’s name off the library.

Note: This story was updated after Monday’s public forum with the University Cabinet and task force members that was open to the public.

A team of university researchers and scholars spent months reviewing more than 100,000 letters and documents in Madden’s personal papers, other archival collections, relevant materials from third-party sources, and recollections from living faculty and staff who knew Madden.

Each page of the report is marked with “Warning: Contains disturbing content and language.”

The report includes a letter that Madden wrote a friend in 1935 in which he says that when he saw or heard Jews he would “tremble with rage and hatred.” Madden’s letter included a violent fantasy: “They are the oppressors: they should be driven barefoot to some remote spot in Texas, ther [sic] to find shelter under the bushes, closed in by electrically charged barbed wire, with imported SA men stationed every ten yards apart, three men to each machine gun emplacement. Target practice will be permitted twice weekly, with explosive bullets to be used on Yom Kippur, Rosh Hashanah, Purim, etc.”

The report’s disturbing findings also include that Madden acknowledged in writing that some of his policies and actions as an administrator were influenced by his racist views. He served as the university’s librarian from 1949 to 1979.

The task force will accept feedback on the preliminary report and library name through public presentations held Monday and Friday and a feedback form on the task force landing page.

At the Monday forum, task force members provided specifics about Madden’s pro-Nazi sympathies, showing photographs of Madden giving the Nazi salute. In one photo, Madden also is holding what appears to be a comb to his upper lip. On the back he is identified as “Adolph Hitler Madden.”

Madden’s racist history was detailed in the report, which found evidence of his use of racial slurs to describe Mexicans, African Americans, Japanese, and Chinese people.

According to the report, he told a Berkeley colleague in 1970 that he took steps to keep from hiring Asians: A “large number of the applicants are Taiwanese, Hong-Kongers, and Hindus, generally from third- and second-rate schools, all of whom seemed to have learned the gospel that if you can’t succeed at something else, try librarianship. I have learned enough by experience to avoid favorable action on such applicants, so they don’t get much ‘consideration.’ ”

Madden also dragged his heels when it came to expanding ethnic studies as Fresno State in the early 1970s. Efforts by Chicano and African American students to urge Madden to expand the library’s collections were met with a cool response.

During a Q&A in Monday’s forum, several people asked how Madden’s racism and antisemitism were not unveiled decades earlier.

Task force members said there were “public” and “private” faces of Madden, who did not share his views on a widespread basis but expressed his views openly with people he thought shared them.

Madden’s papers weren’t made public until 2007, and then their review was limited by library staffing availability, said task force chair Michael Lukens, the university’s executive director of governmental relations.

Professor Jill Fields, founding coordinator of Fresno State’s Jewish Studies Program, was choked with emotion as she noted that Jews this week are celebrating Passover, a “joyous” holiday that commemorates the liberation of ancient Jews from slavery in Egypt.

“Today, though, is also a somber day as we confront the history of antisemitism in Europe and the United States, and how these racist perspectives even extended their reach into Fresno,” said Fields, who helped author the task force report. “This larger history is central to why we are meeting today, as Madden’s views hold their power because his support for genocide against the Jewish people came to fruition.

“Yet the abhorrent views that research into the Madden papers reveals reminds us too that antisemitism, irrational hatred and racism of all kinds are still part of our world today, and it’s imperative that we learn from these painful revelations and use them as motivation to ensure that this history will be taught and shared with Fresno State students moving forward.”

After considering the public’s feedback from the forums and landing page, the task force will present its final report to Fresno State President Saúl Jiménez-Sandoval, who will determine the next steps to take regarding the library’s name. If he opts to recommend removing Madden’s name, it will have to be approved by the California State University Board of Trustees, which approved naming the library after Madden in 1980.

If Madden’s name is removed, putting a new name on the library would require a separate action.

The Madden estate donated his personal papers in 1982 with the stipulation that they remain sealed until August 2007.

Dr. Bradley W. Hart, a media, communications, and journalism associate professor at Fresno State, included information from the papers in his 2018 book, “Hitler’s American Friends,” that he shared with students in a class taught by Dr. Lori Clune, a Fresno State history professor.

Hart, Clune, and the students then brought the information to the attention of the university’s senior leadership.

The task force was asked at Monday’s Zoom session if there would be any changes to how the university names buildings given what has come to light about Madden’s history. Lukens noted that back in 1980 the naming process was somewhat informal, but it has become much more formalized and includes a thorough vetting.

“That’s an area that we feel we have a pretty good handle on right now,” he said.

Preliminary Report of the Task Force

This Fresno State Team Is Headed to National Championship Match