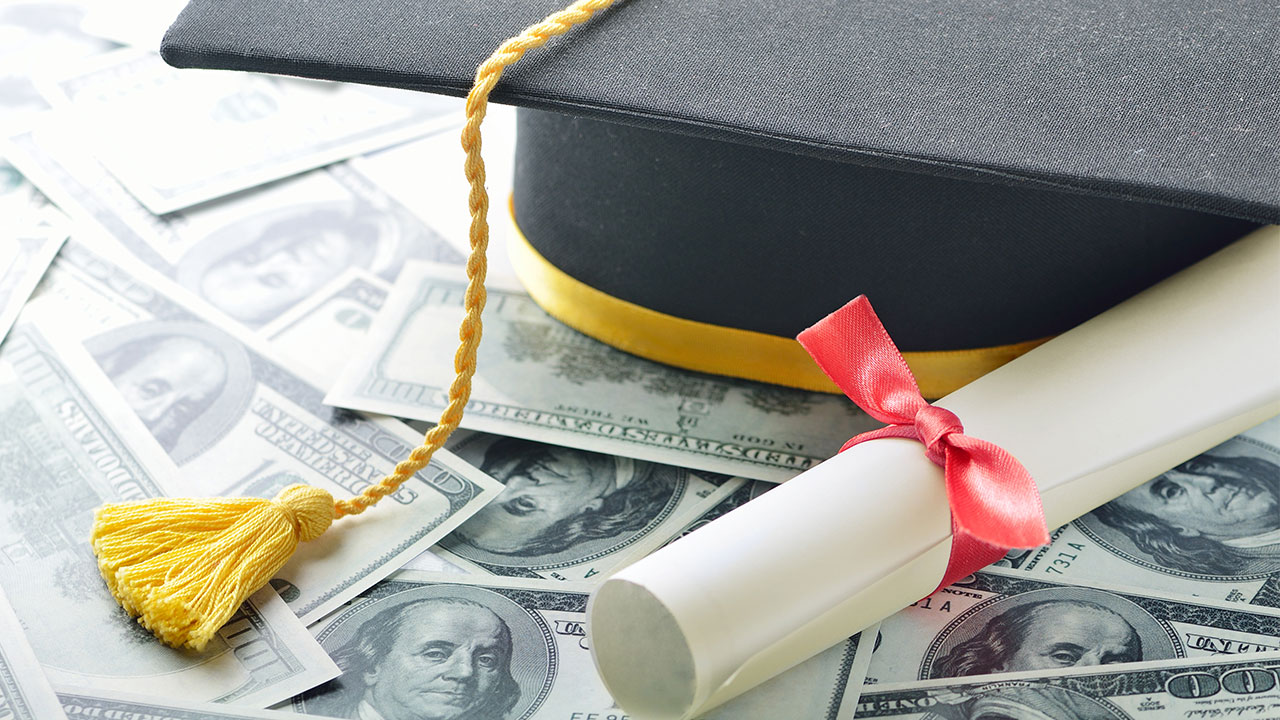 A moratorium gave borrowers a glimpse into a future unburdened by student loan debt. However, the pause is set to end on Aug. 31, 2022. (Shutterstock)
Share with friends

It’s no secret that millions of Americans old and young are burdened with student loan debt, but the COVID-19 pandemic brought unexpected relief to many low-income borrowers.

The pause on federal student loan payments meant burdened borrowers such as David Lozano of Fresno finally had a choice on how to best manage their budgets.

In Lozano’s case, the pause allowed him to buy a car, pay off his credit card debt, and take vacations and personal time off without worrying about his student loan payments or accumulating interest.

And, while the Biden Administration has extended the grace period after it was set to expire on May 1, payments will resume on Sept. 1, the White House announced Tuesday.

Lozano graduated from high school in rural Orange Cove and, like many high school grads, he was eager to earn a degree that would help him land a dream job.

“I ended up going to a private college to study business at first and then it became something else,” said Lozano. “In the end, I accumulated this huge debt that at the time I was in school, I didn’t worry about.”

Unlike many of his peers who opted to attend a four-year state school like Fresno State, Lozano attended a private college for graphic design that promised students the opportunity to finish a degree in two years instead of four.

However, Lozano is now stuck paying double what many low-income students at Fresno State pay in student loan debt. After 10 years of making more than the minimum monthly payments and the two-year repayment pause, Lozano still owes about $30,000.

“It’s already been over a decade and I’ve already paid out maybe a little over half of it and it’s still in the double digits,” said Lozano, who works as a marketing specialist. “It’s the interest that just keeps making me feel like it’s going to keep taking longer and longer.”

An Opportunity to Boost Financial Growth

According to a recent report from the Bureau of Consumer Financial Protection, increased savings rates and government stimulus allowed millions of people to pay down debts from credit cards, student loans, and other borrowing.

"When they put out like a temporary freeze on it, they were saying you could pay it off little by little and at first I kind of was," said Lozano. "But then I was thinking, like, you know, let me focus on the other things like I was able to improve my credit and I was able to get an actual car from the dealer."

Lozano began to dream about what he could buy with his extra income including owning his own house — a thought that never crossed his mind before the pandemic.

According to an Urban Institute analysis of credit bureau data, there was an increase in first-time homebuying among student loan borrowers during the payment moratorium — especially for those age 26 and older.

In fact, Lozano and his partner said they went house hunting, but an improved credit score was not enough to compete in Fresno's competitive housing market.

"I wasn't approved for much because they saw how much money I owed," said Lozano. "I spoke to many real estate agents and you know, it was just unfortunate because it's like what we had to offer to pay for a home wasn't enough compared to probably someone else that's already well-established."

A California Policy Lab report shows the average credit score among affected borrowers rose from 640 to 668 over the 24 months from January 2020 to December 2021.

What Will Happen When the Student Loan Pause Ends?

The California Policy Lab estimates that more than 7.8 million borrowers, including about 500,000 Californians, owing $277 billion in student debt, may struggle with repayment of their student loans when the pause ends.

For Lozano, this grace period has helped him achieve goals that he never thought possible. But with student loan debt coming back at some point, he says he will end up having to dip into his savings and possibly add a part-time seasonal job to his busy schedule.

"So now that credit cards are paid off and being able to put money aside for an emergency, it's almost like I'm going to start dipping into that fund," said Lozano. "Once this school debt comes back it's almost like... worst-case scenario, I get a seasonal job."

Ninety Democratic lawmakers pleaded in a letter to Biden to extend the pause on federally-held student loan payments until at least the end of the year and to provide meaningful student debt cancellation.

According to the Education Department, more than 43 million Americans owe a combined $1.6 trillion in student debt held by the federal government. At least 7 million of those borrowers have defaulted on their loans because they were already 270 days late on payments before the pause began.