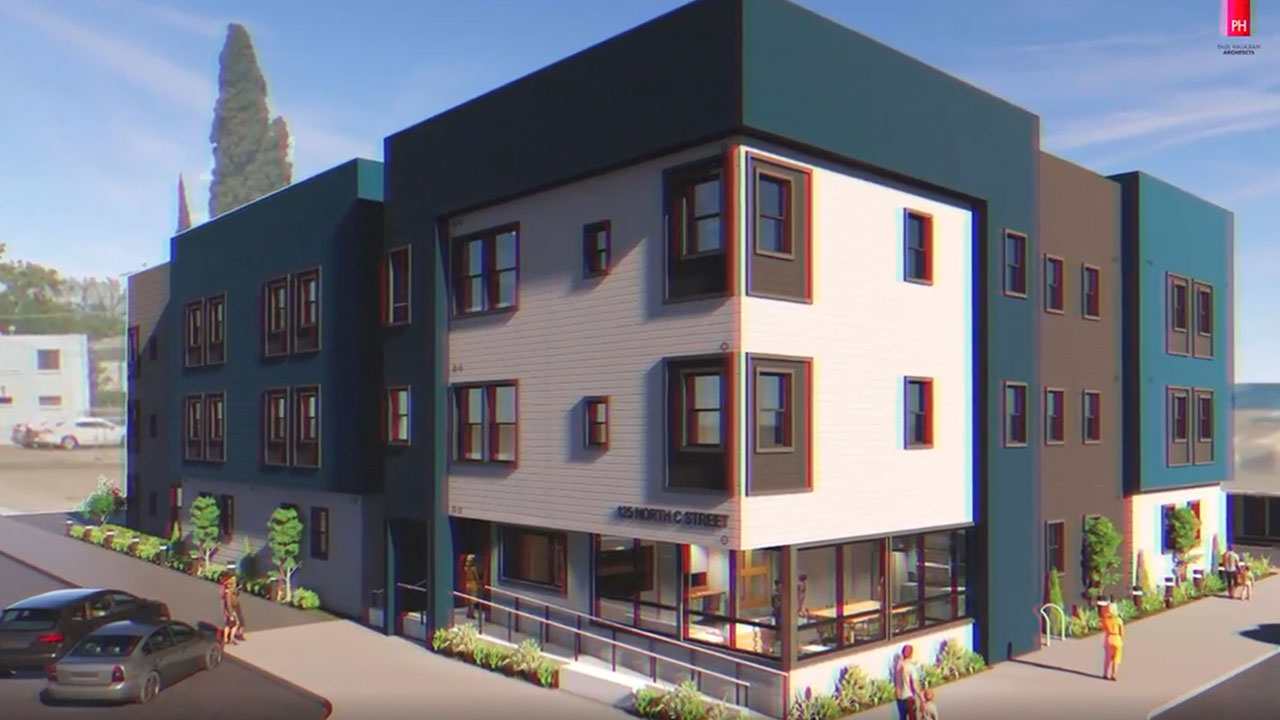 Madera has a new affordable housing complex for military veterans, seniors, the mentally ill, and low-income families. (Screenshot/City of Madera)
Share with friends

As the need for affordable housing sky-rockets in California, some communities are examining all types of potential spaces to house families.

In the city of Madera’s case, officials zeroed in on two abandoned parking lots in the heart of downtown to build an affordable housing complex.

After beginning construction in early 2020, city leaders held a ribbon-cutting ceremony on Tuesday celebrating the completion of the $25 million Esperanza Village at C and 5th streets.

“We have been trying to make improvements in downtown Madera for years,” said Madera Mayor Santos Garcia. “This project means more affordable housing and uplifting of the downtown area, making it a better place for people to come and live and to be able to come and shop.” 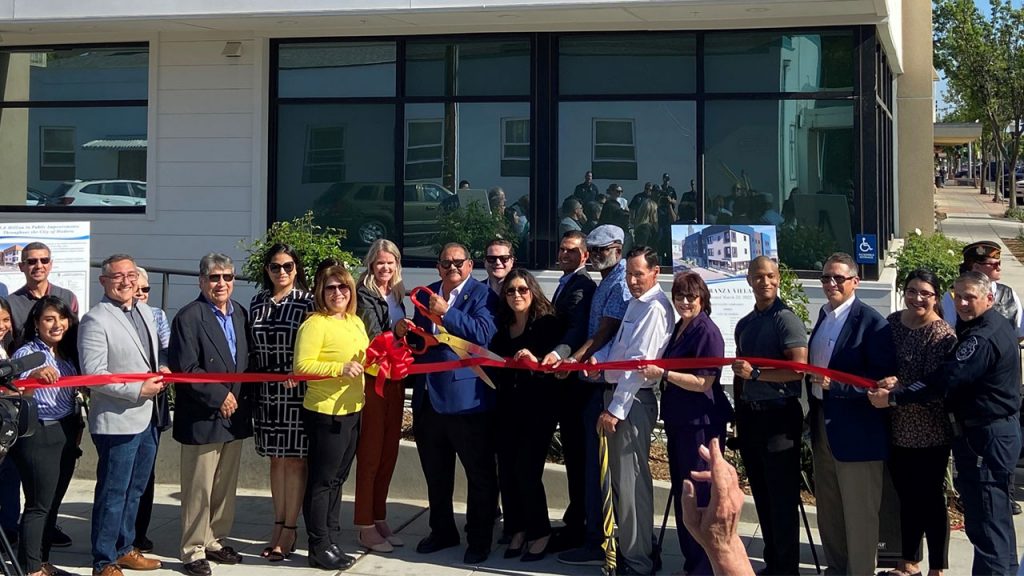 Madera leaders held a ribbon-cutting on Tuesday, March 22 to celebrate the completion of an affordable housing complex in downtown Madera. (Madera Police Department)

Esperanza Village is comprised of two buildings across from each other and totals 48 units. One of the buildings has two- and three-bedroom units for families and seniors. The other building includes one-bedroom and studio units for military veterans and residents in the Madera County Behavior Health program.

A total of $11.3 million in state grant funding was awarded to the project, which was overseen by The Pacific Companies. Since 1998, the firm has completed more than 160 multifamily and charter school projects in the western United States.

“With a shortage of inventory, especially here in the Central Valley, we need more housing affordable housing to meet the demands for our veterans, our seniors, and those low-income families,” said Madera City Councilmember Jose Rodriguez.

Madera officials released more good news at the event. About $3.8 million from the grant will fund transit, pedestrian, and bike improvements throughout downtown, including 27,000 linear feet of new sidewalks. The mobility upgrades are funded by state cap-and-trade proceeds.

In addition, there will be a bike-share program. Project consultant Michael Sigala says the hope is to expand into e-bikes in the future, but for now, they will test the waters by seeing how well residents responded to using and sharing regular bikes.

“We’re looking at purchasing several (bikes) right now to house at Esperanza Village, but that’s just phase one. Phase two would be populating more areas in the city with these bikes at different locations and more formally establishing the bike-share program,” said Sigala. 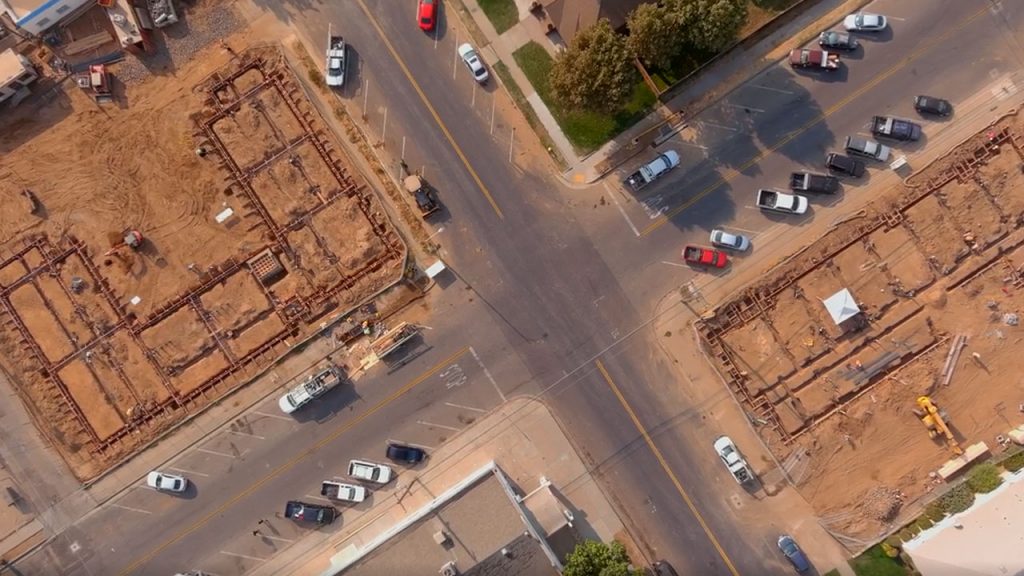 The city of Madera has completed construction on a new affordable housing development project downtown. (Screenshot)

How Did Madera Bring Affordable Housing to Downtown?

Sigala said the project began with community meetings in which local organizations and agencies discussed the housing needs in the community. 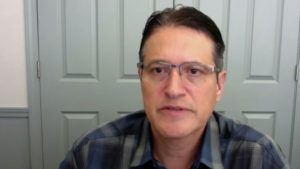 Michael Sigala was a project consultant on Madera’s development project and works with numerous Valley communities on housing issues. (Screenshot)

“We kept hearing over and over again that there was a huge need for more housing in downtown Madera,” said Sigla. “So when we started talking to folks in Madera, we just we decided it would be best to do it from the ground up, and we invited as many organizations and potential partners to the table as we could.”

Sigala says they then invited the state housing officials in Sacramento to Madera for a van tour. The spot with the two parking lots owned by the city’s former Redevelopment Agency emerged as the recommended site.

Sigala works with 70 cities and counties across the San Joaquin Valley on housing issues. He says that increasing the supply of affordable housing is one of the state’s biggest challenges. Projects like Esperanza Village can only be achieved if the community works together to make it happen, he added.

“The biggest hurdle is always going to be local funding to match these state programs,” said Sigla, who is the former Housing and Community Development Director for the city of Fresno. “So when you have the community saying we want this project … then that makes it that much easier to do.”

3 US Muslims Sue Over Religious Questioning by Federal Officers