New Rules Aim to Decide US Asylum Cases in Months, Not Years 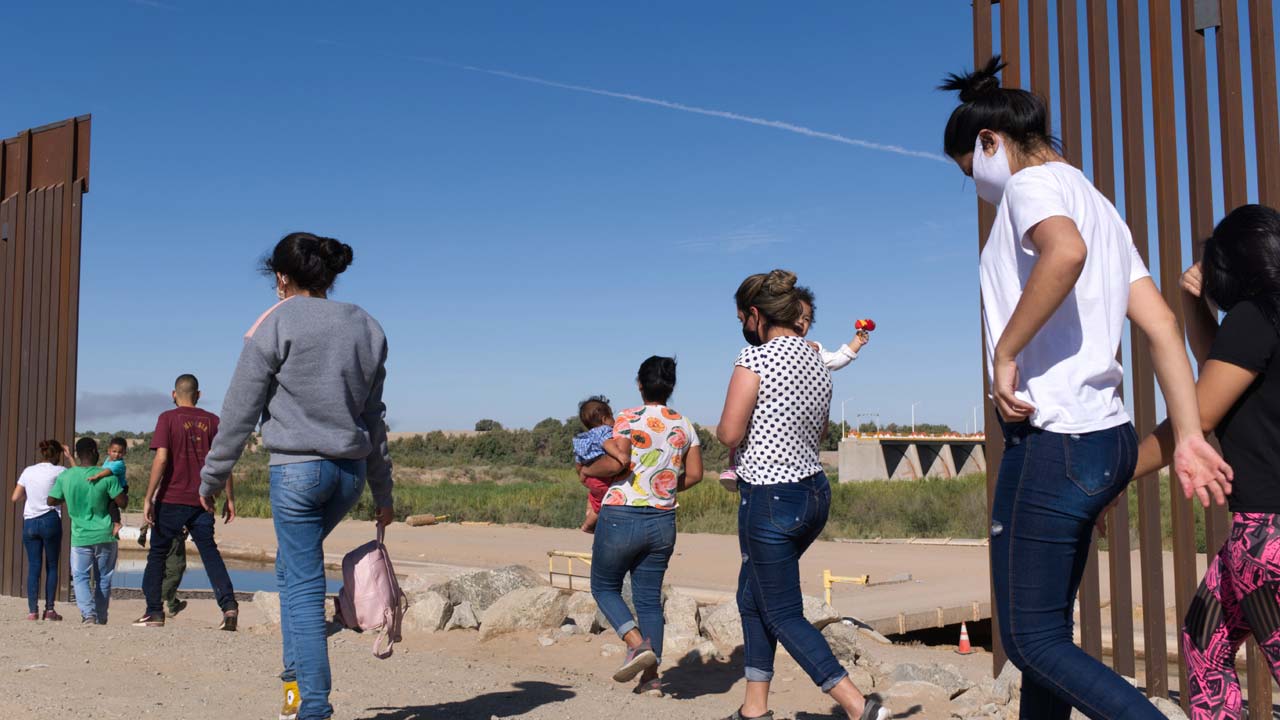 A group of migrants make their way around a gap in the U.S.-Mexico border in Yuma, Ariz. (AP File Photo/Eugene Garcia)
Share with friends

The Biden administration on Thursday unveiled new procedures to handle asylum claims at the U.S. southern border, hoping to decide cases in months instead of years.

The rules empower asylum officers to grant or deny claims, an authority that has been limited to immigration judges for people arriving at the border with Mexico.

Until now, asylum officers have only done initial screenings for asylum and other forms of humanitarian relief for border arrivals.

The change could have far-reaching impact, but administration officials said they will start slowly and without additional resources. It will take effect 60 days after the rule is published in the Federal Register, which will occur next week.

The administration estimated last year that it would need to hire 800 more employees for asylum officers to handle about 75,000 cases a year. Without more money and new positions, it is unclear how much impact the move will have at first.

The United States has been the world’s most popular destination for asylum-seekers since 2017, according to the U.N. refugee agency, putting enormous strain on immigration courts. The court backlog has soared to nearly 1.7 million cases.

Average of 4 Years to Decide on Claims

Attorney General Merrick Garland said the new procedures will ease burdens on immigration courts, which are part of the Justice Department. Asylum claims for people who are not detained take an average of nearly four years to decide.

“This rule advances our efforts to ensure that asylum claims are processed fairly, expeditiously and consistent with due process,” Garland said.

Under the new rules, asylum officers expect to decide cases in 90 days. Rejected applicants will be sent to immigration judges, who also expect to issue decisions in 90 days.

Judges will be able to complete cases faster with detailed documentation from asylum officers, officials said.

Aaron Reichlin-Melnick, senior policy counsel at the American Immigration Council, said the change will move asylum seekers so quickly through the immigration courts that they probably won’t be able to get lawyers in time and will likely have to represent themselves.

“These timelines are punishing, brutal, and will almost certainly prevent the vast majority of asylum seekers going through this system from being able to obtain lawyers,” he wrote on Twitter.

The new procedures, which generated more than 5,300 public comments after they were proposed in August, may face legal obstacles. Many changes to the immigration system during the Trump and Biden administrations have been successfully challenged, delayed or modified in courts.

US Quietly Expands Asylum Limits While Preparing to End Them

Afghan Refugees in US to Receive Temporary Protected Status