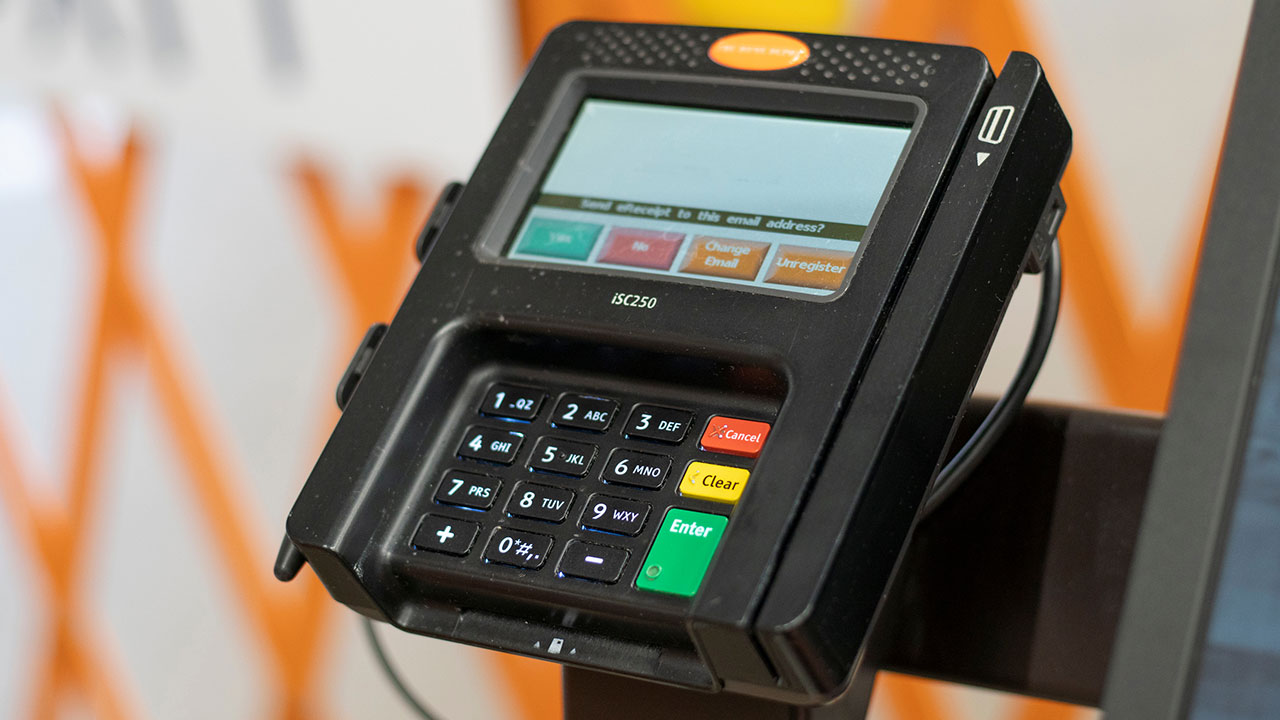 A video shared by a Facebook user went viral on Sunday. It showed a perfectly placed overlay on a card reader at a Fresno convenience store. (Shutterstock)
Share with friends

A video showing an overlay pad on a card reader at the 7-Eleven at Golden State and Shaw Avenue in Fresno has gone viral on social media, and the Fresno Police Department says it is aware of a few incidents of this happening.

“We have not received any increase in the use of skimmers recently, but they have always been a threat,” said Fresno Police Department spokesman Lt. Bill Dooley.

Sgt. Martin VanOverbeek of the Financial Crimes Unit with Fresno PD said the overlay device over the ATM machine at the 7-Eleven is one of the most sophisticated he’s seen.

“It is designed to capture not only the card info but also the key inputs of a pin number,” said VanOverbeek. “Some have the ability to store the info and connect via Bluetooth while parked outside to download the skimmed card info.”

Joseph Harris, who shared the video on Facebook, has since shared another video that someone shared with him on messenger showing another overlay device on a card reader at a convenience store at Blackstone and Sierra avenues in Fresno.

The video first went viral on Facebook and has since been shared on Twitter and Instagram. Many commenters put the blame on the convenience store owners — hinting that they could be in on the skimming heists.

However, VanOverbeek says that is not the case.

“Despite some of the negative comments on the business/employees, it is highly unlikely they knew the device was present,” said VanOverbeek.

“What has happened in the past is the clerk is distracted by another suspect asking to see something behind the counter or in the back of the store while the overlay is installed on a functional Point Of Sale device by a second suspect.”

In fact, a surveillance video of someone installing an overlay device was caught on camera last year at the Food Shop convenience store by the Valero off of Highway 41 and Jensen Avenue.

FOX26 News shared a  video showing how fast crooks can place these overlay devices on top of card readers.

In another related incident reported by Fox 26 news, card skimmers were discovered five weeks ago at Bank of America in Reedley.

These card skimmers are paper-thin, inserted in the same slot where you slide in your card.

Sgt. Gary Kincaid of the Reedley Police Department is heading the investigation and says most people have no idea that these card skimmers are in there because they are well hidden.

“As you insert your card in, that’s gonna read the account number and those things,” said Kincaid.

Crooks attach a metal piece to the top or sides of the ATM machine that holds a camera inside with a memory card to record a person’s personal pin code.

“You can’t see them, they have little pinholes, and they look like they are part of the trim of the ATM machine,” said Kincaid.

Kincaid doesn’t know what the total losses are but says the thieves have tapped into accounts and also used the info to start new credit card accounts.

Reedley PD has made one arrest, and the suspect faces felony charges.

“I think it’s a well-versed group that has a lot of people taking part in this,” said Kincaid.

How to Protect Yourself When Using an ATM or Pin Pad

A Month in, Ukraine Fights on and Makes Moscow Pay the Price