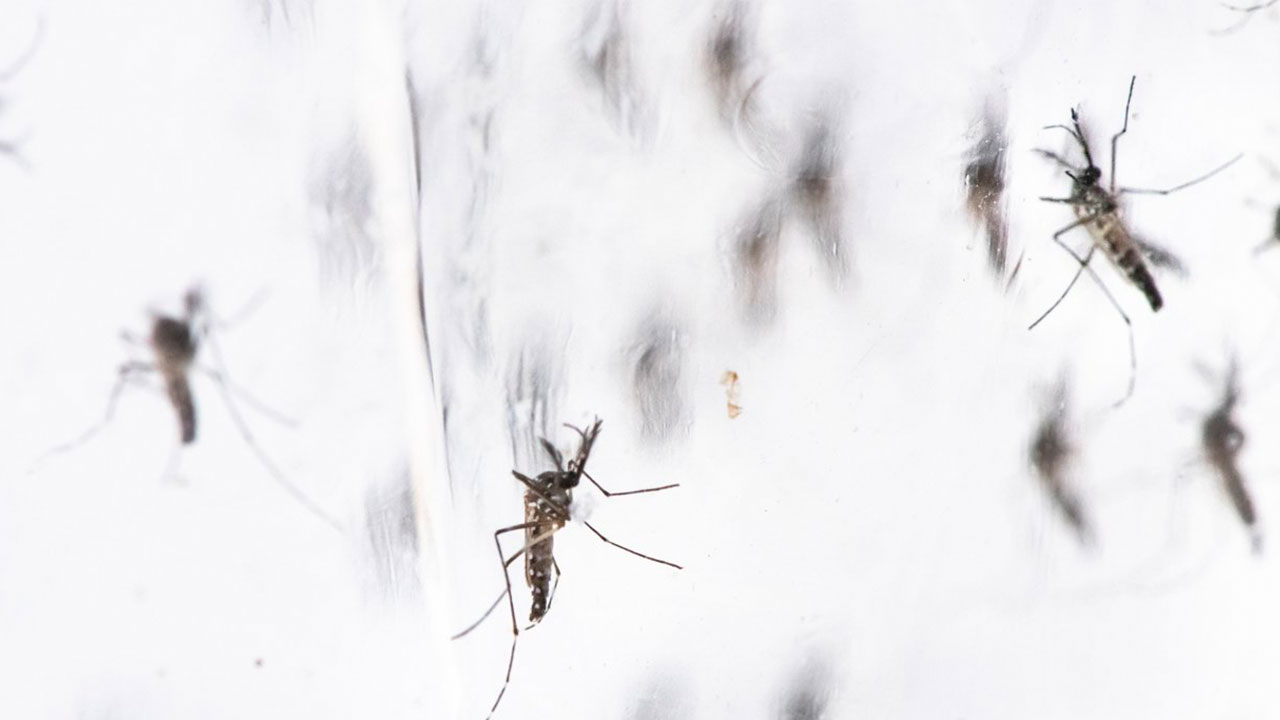 Male Aedes aegypti mosquitos are injected with a lethal gene that could kill off invasive mosquitos carrying yellow fever. (Oxitec)
Share with friends

With its dry, hot summers, the Central Valley seemed like a perfect breeding ground for a federally-approved, eyebrow-raising field experiment: the release of millions of genetically engineered male mosquitoes.

The Delta Mosquito and Vector Control District in Visalia was chosen to host the project and collaborate closely with Oxitec on education and outreach.

The general manager of the district, Dr. Mustapha Debboun, says this technology is a new tool that will help protect people from mosquito bites and mosquito-borne diseases.

How Does the Project Work?

For decades, scientists have researched ways to reduce the populations of invasive, pesky, pesticide-resistant mosquitos by trying alternatives such as spraying insecticides or infecting mosquitos with bacteria.

The new idea on the block requires injecting male Aedes aegypti mosquitos with a lethal gene that would allow them to mate with wild female mosquitos but produce unviable eggs. 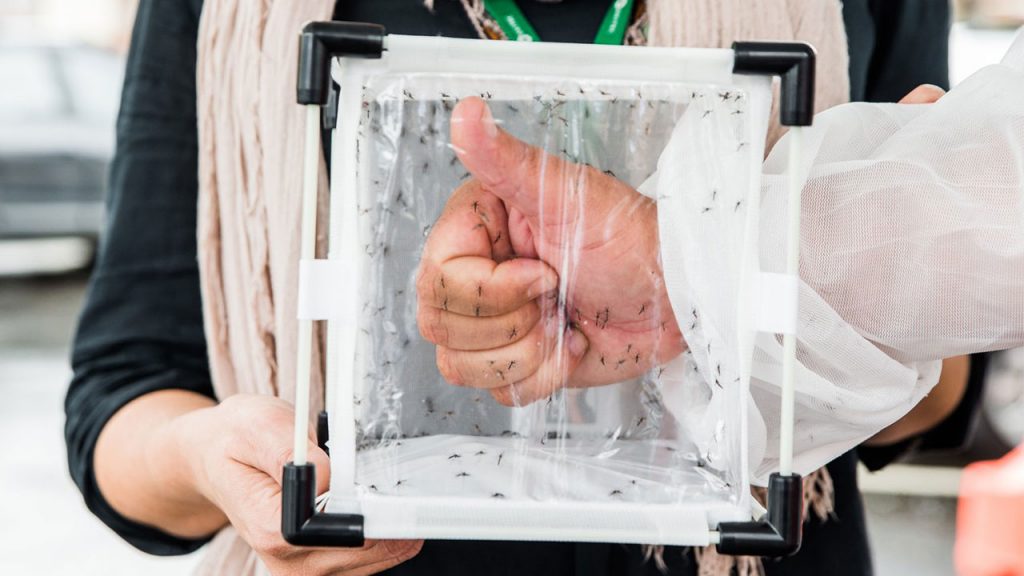 Aedes aegypti male mosquitos would be injected with a lethal gene that kills the offspring of wild female mosquitos after they mate with them. (Oxitec)

While there have been no reports of dengue fever or cases of the Zika virus in California, the yellow fever mosquito is invasive to California, says Debboun.

But before these mosquitos can be released, the state Department of Pesticide Regulation must give its stamp of approval.

This project would be the first of its kind in California.

If approved, millions of male mosquitos could be released as soon as May or June, says Debboun. But there is no estimate on the timeline for the state’s evaluation of the project.

“Once a federal entity like the EPA approves, rarely you’ll find that the following regulators will say no,” said Debboun. “They ask for a lot of information, they go through like a lengthy process, which I think it took them more than a year to give them their approval.”

How Did the Visalia District Become Involved?

Debboun says projects like these are very expensive because they are usually large operations, a lab has to be built, and technicians have to be hired to conduct the research, including the purchase of materials and equipment.

Rajeev Vaidyanathan is the director of U.S. programs at Oxitec. He said that 10 mosquito control districts throughout California expressed interest in working with them. 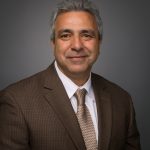 Ultimately the Central Valley was considered a sweet spot to conduct the experiment.

“I’m so, so excited and I’m thankful and grateful that they chose us to do it,” said Debboun.

At first, Oxitec considered Los Angeles because the region also has an abundance of the Aedes aegypti mosquitos. However, company officials soon realized it would be hard to conduct the research they needed in a controlled environment because of the difficulty of getting around the city.

Sacramento was another option, but the invasive species wasn’t as prevalent in that region, said Vaidyanathan.

“So the Central Valley, there’s a high pest pressure, it’s operationally feasible and frankly, all the mosquito control districts have been really supportive,” said Vaidyanathan.

Related Story: One Dragonfly Can Eat Hundreds of Mosquitos a Day. Keep These Plants in Your ...

While mosquito control districts in the area have been supportive of the project, some environmental groups vocally oppose it.

Vaidyanathan says those against the project are a small vocal minority compared to the number of supporters.

“I’ve spoken to hundreds of people into Tulare County, and they said, absolutely put one in my backyard,” said Vaidyanathan.

Debboun says Oxitec wants to be transparent with the public and will conduct educational webinars. In addition, the company says it will survey residents for their opinions on the project. 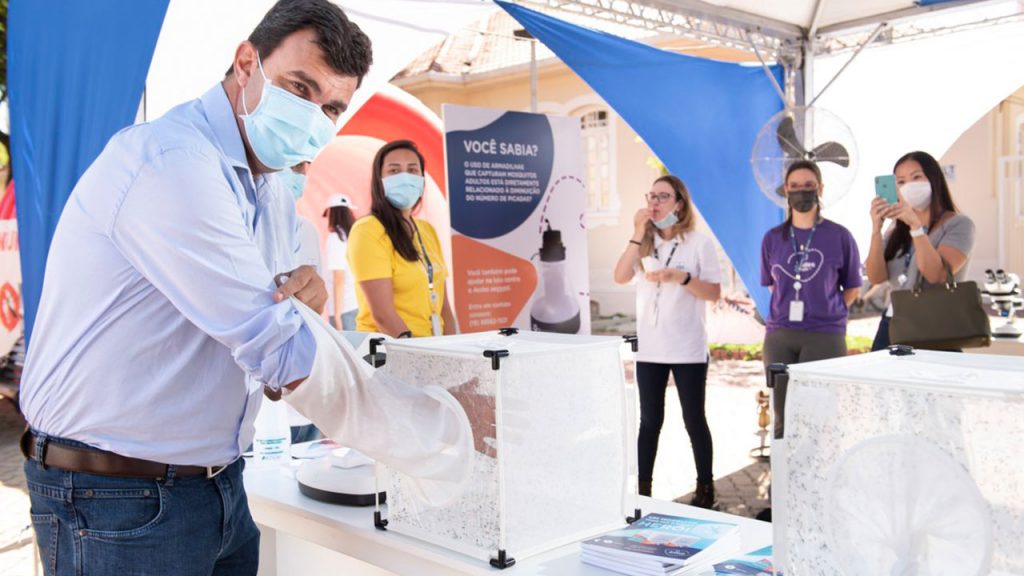 The biotech company Oxitec conducts educational outreach in the communities where research projects are planned or approved.  (Oxitec)

The environmental group Friends of the Earth worries that this project could produce hybrid mosquitoes in the wild that may be more aggressive and more difficult to eradicate, and may increase the spread of mosquito-borne diseases.

They claim that the biotech firm has not conducted species assessments or contacted and briefed nearby communities of potential risks from the release of these mosquitos.

“Scientists have found genetic material from GE mosquitoes in wild populations at significant levels, which means GE mosquitoes are not sterile. GE mosquitoes could result in far more health and environmental problems than they would solve,” said Dana Perls, food and technology program manager at Friends of the Earth.

In a news release, the group cited a peer-reviewed research paper by Yale University that found that two years on this project in Brazil failed to reduce populations.

Previous Trials in the Florida Keys

“I’ve been working in the Florida Keys for over a year, and I’ll be honest, the support has been overwhelming,” said Vaidyanathan. “People are very well-informed. They are supportive and they understand the benefits of this technology.”

The project was the first of its kind in the U.S. and, while successful, the company did run into environmental problems.

Florida was hit with two major tropical storms, Elsa and Fred, that caused researchers and technicians to scramble to find any potentially lost males.

In the Central Valley, environmental problems that could affect the project would be the breakout of large-scale wildfires that bring ash and smoke raining down, said Vaidyanathan.

Mosquito season in the Central Valley runs from May to November, almost parallel to California’s fire season.