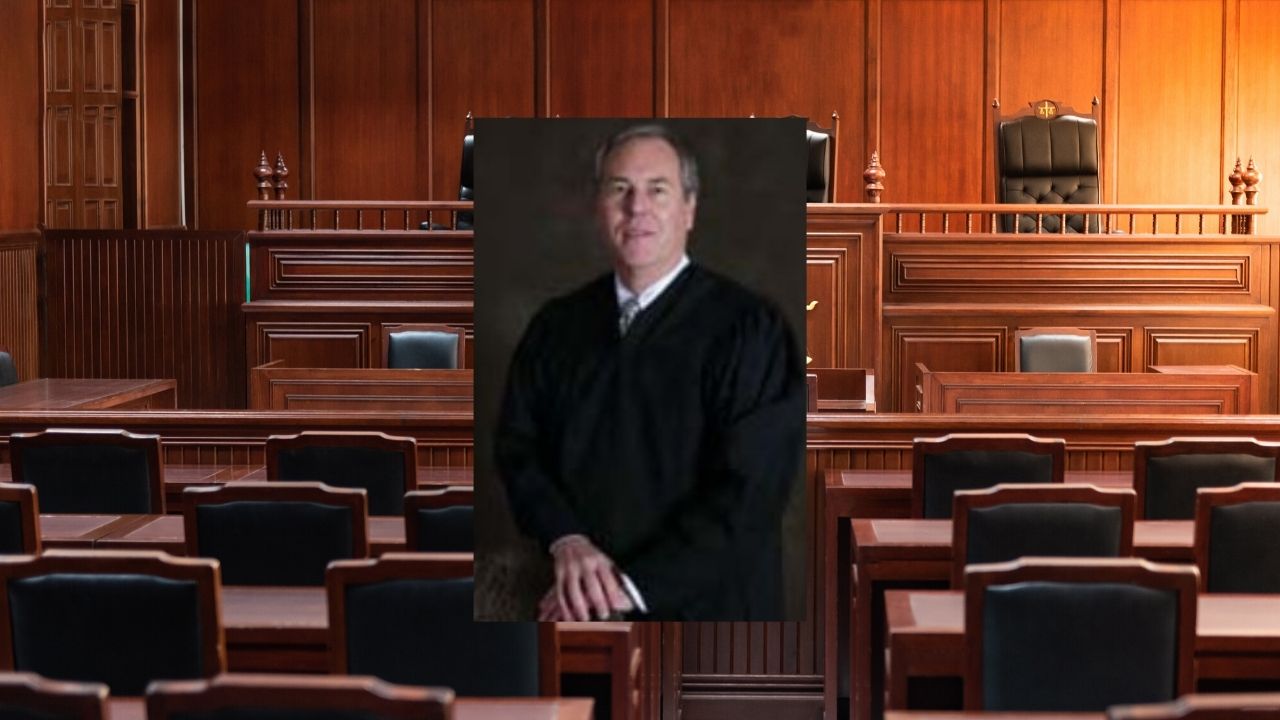 Judge Gary Hoff passed away on Monday. He had a distinguished 28-year career on the bench. (GV Wire File)
Share with friends

Gary Hoff, a former presiding judge of Fresno County Superior Court, passed away Monday after a battle with cancer. He was 73.

“He was the quintessential trial judge. He was fair. Both sides always felt that they got a fair shake from Judge Hoff. Jurors loved him. He was respectful of them and their time. His colleagues really had immense respect for Judge Hoff,” said former colleague Brad Hill, who is now the administrative presiding judge with the 5th District Court of Appeal.

The court recently honored Hoff, naming the juror assembly room at the criminal courthouse after him. 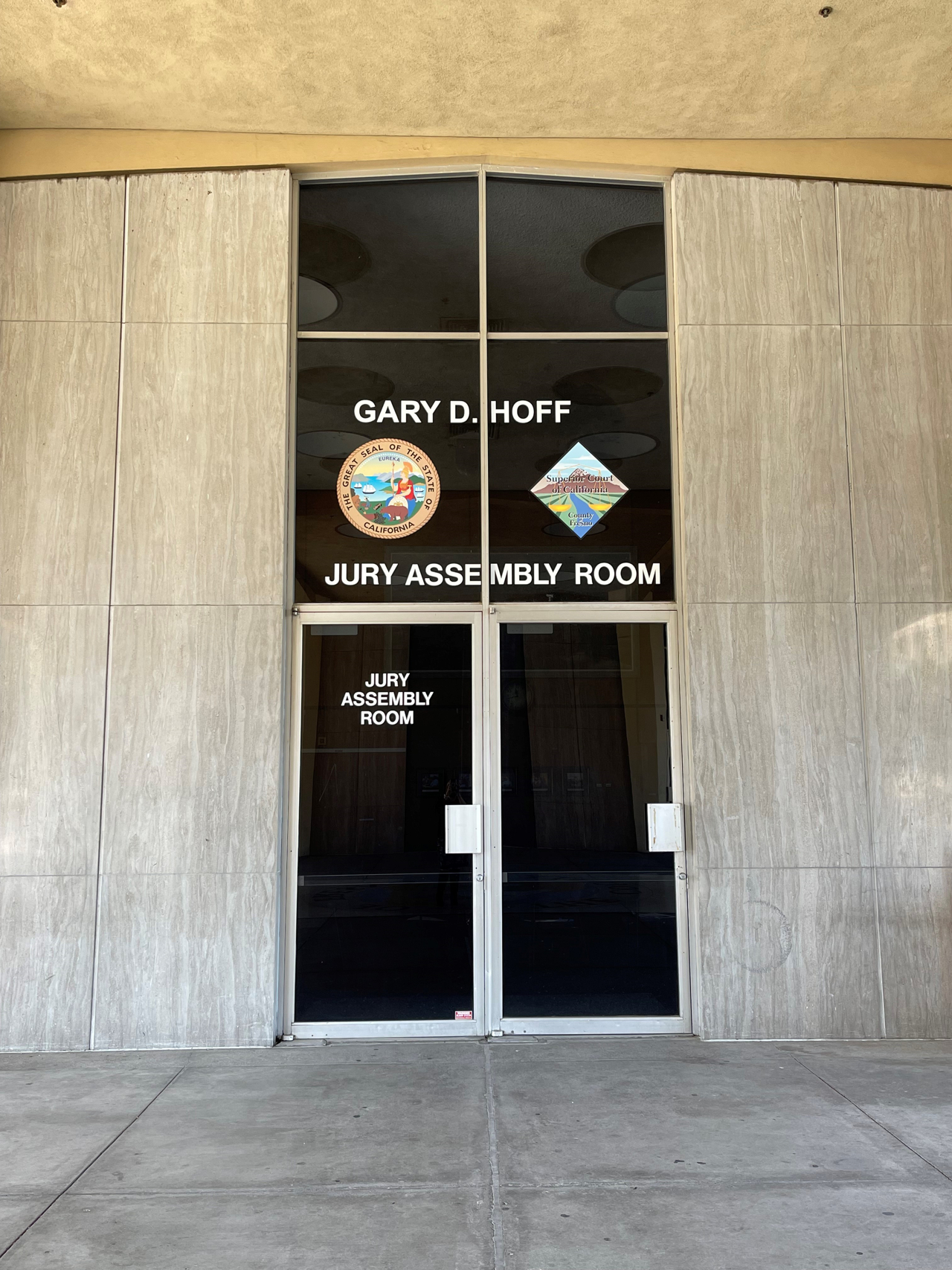 Smittcamp: I’m DA Because of Him

“If it wasn’t for him, I would have never become DA.” — Fresno County District Attorney Lisa Smittcamp

“I am heartbroken at his loss. He was a genuine public servant. He was a warrior of justice and he was a real-life hero,” Smittcamp said. “If it wasn’t for him, I would have never become DA.”

Before winning the election as district attorney in 2014, Smittcamp was a prosecutor. When she lost a jury trial with Hoff as judge, a frustrated Smittcamp thought about quitting.

“I talked to him after the verdict came in and he told me that in his opinion, it was a guilty verdict if he was on the jury. … So that was that was life-altering for me,” Smittcamp said.

“I was contemplating going home to be a stay-at-home mom. And, if it wasn’t for that conversation that I had with him and him encouraging me to stick it out and keep going and and keep trying cases, my path could have been very different.”

Hoff swore Smittcamp in for her first term in 2015.

When GV Wire spoke with Hoff after he announced his retirement in December, he could not pinpoint a singular highlight of his career.

“As a prosecutor, I had many high profile homicide cases and successfully prosecuted the first spousal rape jury trial in Fresno County. As a judge, I have presided over many high-profile, complex criminal trials involving everything from violent crimes, robberies, child sexual assault, rapes, gang-related crimes, and homicides.  Each is unique and somewhat memorable,” Hoff said.

“I mostly recall the emotions and  human drama and trauma and dynamics involved in cases and its effects on all participants in the proceedings: victims, witnesses, defendants,  families of the victims and defendants, lawyers, court staff, and even me.”

Hill, who served with Hoff on the Fresno Superior Court from 1994 to 2006, said Hoff worked the proverbial “24 hours a day.”

“He just had the ability to come up with a logical and thoughtful answer to almost any problem. He always had an open door, never was too busy for anyone.” — Judge Brad Hill, 5th District Court of Appeal

“He just loved the court, felt honored to be a judge, and he was one of those people who would always volunteer for anything. It didn’t matter whether it was a an assignment that no one wanted. He would do it and he would take the toughest of cases,” Hill said.

Hoff was appointed to the bench in 1994 by then-Gov. Pete Wilson. He previously served as a prosecutor in the Fresno County District Attorney’s Office. At the time of his appointment, Hoff was the chief homicide prosecutor.

He earned his undergraduate degree at what is now Cal State Northridge and his law degree at the San Fernando Valley College of Law (since merged with the University of West Los Angeles). He worked in private practice before joining the Fresno County District Attorney’s office in 1977.

Known as a Mentor, Family Man

Hill said Hoff had a reputation for helping young judges and young prosecutors.

“Young judges would go in and ask advice, as well as 20-year veterans. He just had the ability to come up with a logical and thoughtful answer to almost any problem. He always had an open door, never was too busy for anyone,” Hill said.

“He was just that kind of a of a judge. And that’s why there’s this outpouring of a sense of loss and really a sense of what we had for the past number of years that will be hard to replace.”

Judge Jon Conklin, who joined the bench in 2005, was “work neighbors” with Hoff.

“He had a knack of being able to communicate with folks and help them along, be it an immediate issue or their career. And I found the same. I was fortunate enough to have chambers next to Gary for about the past 10 years, and I found myself just in a chair in his office, if not numerous times a day, at least a week, just seeking his advice and friendship,” Conklin said.

Hoff is survived by two children and three grandchildren. His wife, Meg, preceded him in death.

“He adored the grandchildren and was just a true family man. I mean, he worked very, very hard. But his number one priority always was his family, and he was also just a great friend,” Hill said.