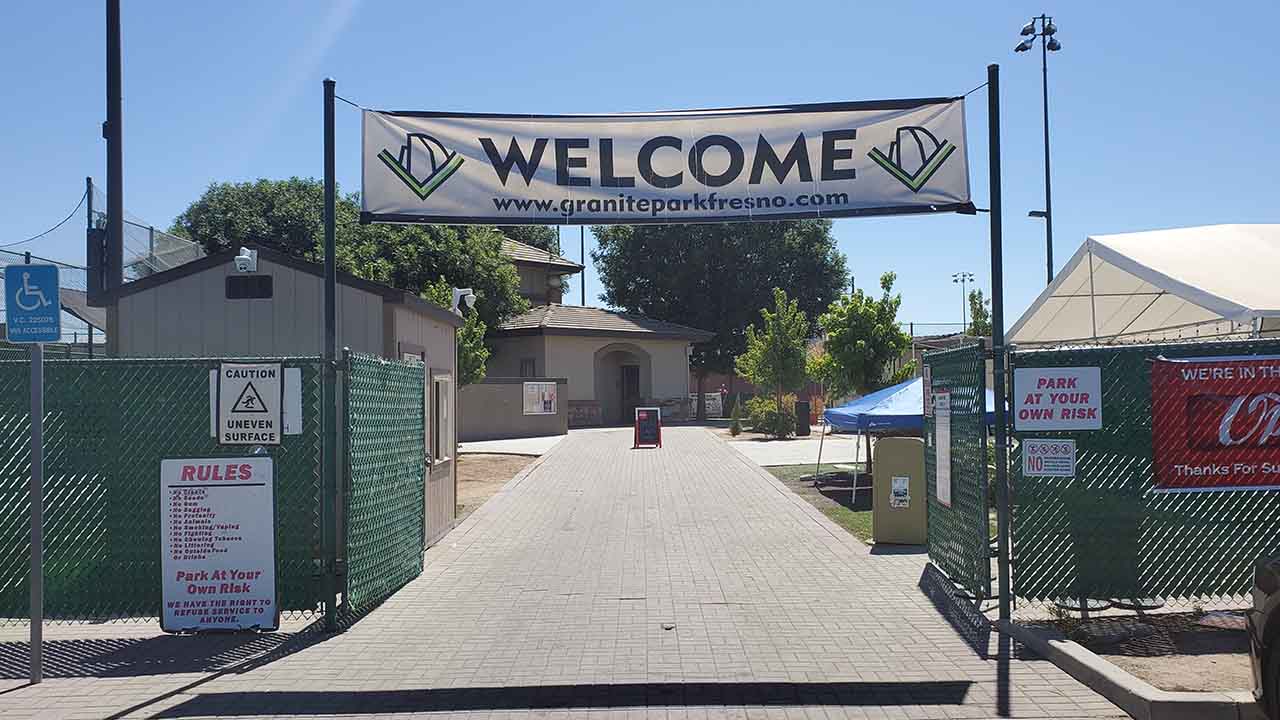 Even with a roadblock seemingly cleared, the city of Fresno has no immediate plans to resume talks to settle a multi-million dollar racial discrimination lawsuit.

Last June, Smittcamp’s letter to the city at the 11th hour about her office’s investigation of possible Brown Act violations broke off a discussion and vote on settling developer Terance Frazier’s lawsuit.

“There are no discussions taking place at this time,” Mayor Jerry Dyer’s spokeswoman Sontaya Rose said Wednesday about the possibility of settling.

Frazier, in a text conversation with GV Wire, did not say if he was talking again with the city.

The proposed settlement called for the city to pay Frazier and his nonprofit Central Valley Community Sports Foundation $2.3 million for the nonprofit’s investments in city-owned Granite Park, and another $2 million as an advance on future proceeds from digital billboards installed at the property.

Frazier and the nonprofit sued the city and four now-former officials in federal court. The suit claimed that the city discriminated against Frazier by publicly releasing a faulty 2018 audit.

“I’m suing the city and this is a perfect example of the discrimination,” Frazier said Wednesday. He alleges the city went after him because he is Black.

The developer also said Wednesday that the state Department of Justice conducted an audit of Granite Park in 2019 and sent him this June 30, 2021, email: “If the audit raised serious questions, you will be contacted for more information and/or with instructions for correction. Otherwise, you’ll probably never hear anything from this office.”

CVCSF has operated Granite Park since 2015 under a lease. The city conducted an audit after Frazier requested a doubling of the city’s annual subsidy to $300,000. Frazier said the audit was full of inaccuracies and released to the public prematurely in an attempt to hurt his character.

Smittcamp, based on a tip from an unnamed source, investigated Councilwoman Esmeralda Soria — Frazier’s fiancé — about whether she held a private meeting regarding a settlement with three other councilmembers.

Any communication of a majority of councilmembers — in this case, four — outside an official meeting, could be a Brown Act violation.

Councilmembers: No Word of Resumed Talks

Arias said he is not involved currently in any negotiation and that such talks would come from the Dyer administration.

“I’m not privy to the status of any conversations,” Arias said.

Arias and Councilman Mike Karbassi sat in on 2019 meetings with then-Mayor Lee Brand’s administration to talk about a possible settlement when Frazier was threatening to sue.

Both tell GV Wire they have not been in meetings since.

Maxwell declined a request for comment. Soria and Esparza — the council president responsible for constructing each meeting’s agenda — didn’t respond to requests for comment.

The city council was scheduled to settle the suit on June 24, 2021. But Smittcamp’s letter the day before put the vote on ice.

“I haven’t been contacted by the DA, Feds, or anyone from the City of Fresno. We welcome anyone to come to Granite Park to see the great work we are doing serving over 400,000 people annually with little to no money,” Frazier texted GV Wire.

Brand left office in 2021 after not running for a second term.

The lawsuit is scheduled to return to court on May 3. A motion to dismiss the case filed by the city is pending.