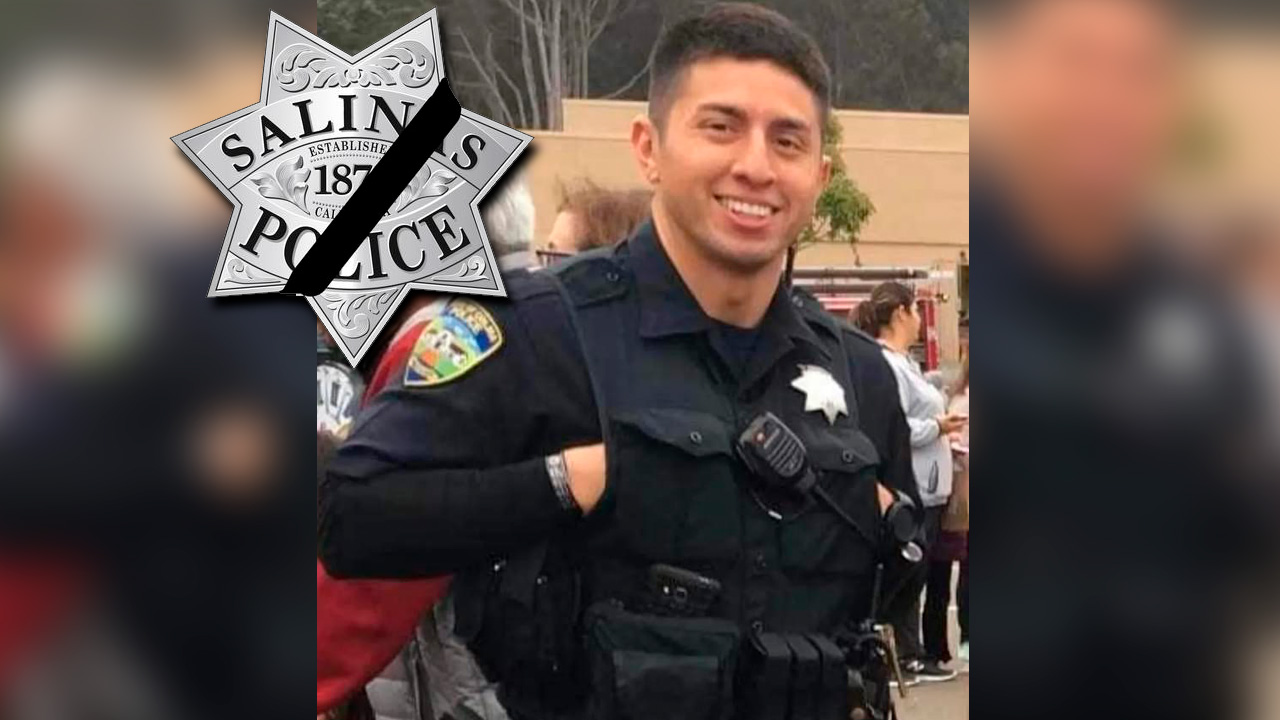 SALINAS — A Salinas Police Department officer was killed in an exchange of gunfire with a man he stopped for a traffic violation and the suspect in his death has been arrested, authorities said Saturday.

Our heartfelt sympathies go out to the family, friends and colleagues of Police Officer Jorge Alvarado Jr, from the Salinas Police Department, who was shot and killed during a traffic stop on Friday (Feb 25) pic.twitter.com/CHUU62p4hF

Salinas Police Department Officer Jorge David Alvarado pulled over a car about 10:45 p.m. on Friday in the area of Market Street and Griffin Street and the traffic stop turned into a shootout, said Miguel Cabrera, a spokesperson for the police department.

At a news conference with several officials Saturday, Salinas Police Chief Roberto Filice said Alvarado’s actions during the confrontation helped them arrest the suspect. Filice gave no other details on the suspect or what led to the shootout.

“The officer stayed in the fight all the way to the end. Ultimately, he paid the price for it. He gave his life for it,” Filice said.

“The police department lost a son but the community lost a hero,” he added.

Five Year Veteran of the Department

Alvarado, 30, was a five-year veteran of the department. He was the first police officer killed in the line of duty in nearly 80 years in Salinas, Salinas Mayor Kimbley Craig said.

“Our community and our police department are devastated,” Craig said.

Craig asked residents to show their support to the city’s police officers.

“They are hurting, and they need to know our community supports them,” she said.

Said Gov. Gavin Newsom in a statement issued Sunday: “Our thoughts and deepest sympathies are with Officer Jorge Alvarado’s family, friends, coworkers, and the community of Salinas as they mourn his loss in a senseless act of violence. Officer Alvarado died a hero and his selfless sacrifice while protecting the community he served will always be remembered.”