'The Worst Sunrise in My Life': Ukrainians Wake to Attack 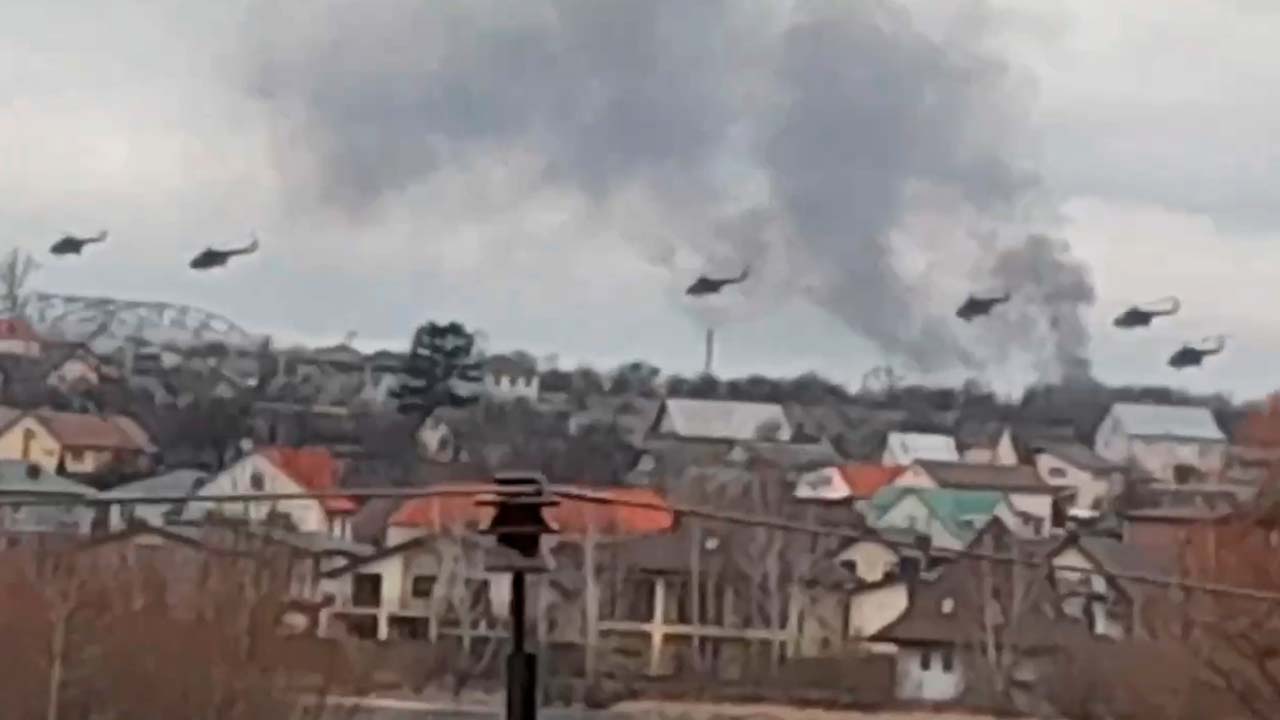 KYIV, Ukraine — The missile fragment pierced the ceiling of Mikhail Shcherbakov’s apartment in Kharkiv, Ukraine’s second-largest city. A Russian attack, after weeks of rhetoric and warning signs, had hit home.

“I heard noise and woke up. I realized it sounded like artillery,” Shcherbakov said. He jumped from the couch and ran to wake his mother, and something exploded behind him.

The missile left a nearby computer and teacup shrouded with dust, instant artifacts of Europe’s latest crisis.

At dawn on Thursday, Ukrainians’ uneasy efforts at normality were shattered. Smoke rose from cities, even ones well away from a long-running separatist conflict in the country’s east.

“Today I had the worst sunrise in my life,” said another Kharkiv resident, who gave her name only as Sasha. She rushed to her balcony and realized the sounds that had woken her weren’t fireworks.

Farther from the border, a morning commute transformed into chaos, with lines of cars waiting at fuel stations or fleeing from the gray and drizzly capital, Kyiv. People carrying luggage took shelter in the subway, unsure of where to go.

Some panicked. Others clung to routine, with irritation.

“I’m not afraid. I’m going to work. The only unusual thing is that you can’t find a taxi in Kyiv,” one resident complained, as air raid sirens wailed.

Many seemed unsure how to react. Kyiv’s main street, Khreshchatyk, rippled with anxiety as people checked their phones. Some walked their dogs or waved at friends.

‘We Have Lost Faith’

But elsewhere in the capital, Anna Dovnya watched soldiers and police remove shrapnel from an exploded shell and was terrified. “We have lost all faith,” she said. “Until the very last moment, I didn’t believe it would happen. I just pushed away these thoughts.”

In Mariupol, the Azov Sea port city that many feared would be the first major target because of its strategic importance, AP journalists saw similar scenes of mixed routine and fear.

Some residents waited at bus stops, seemingly on their way to work, while others rushed to leave the city that is only about 15 kilometers (less than 10 miles) from the front line with the Donetsk People’s Republic, one of two separatist-held areas recognized by Russian President Vladimir Putin as independent this week in a prelude to the attack.

“I can’t do anything. I’m just stuck standing here,” said one Mariupol resident who gave only his first name, Maxim, after running around the city since sunrise in search of cash or a full tank of gas, in vain.

At a supermarket, retiree Anna Efimova worried about her mother, who she said was busy stocking her basement with supplies. “There’s nowhere to run, where can we run?” she said.

Kyiv Mayor Vitaly Klitschko called on the city’s 3 million people to stay indoors unless they worked in critical sectors and said everyone should prepare go-bags with necessities such as medicine and documents.

For weeks, President Volodymyr Zelenskyy had tried to moderate expectations of aggression by Russia, even as warnings by the United States became more urgent. Zelenskyy argued that panic would lead to societal destabilization that could be as much of a tactical advantage for Russia as the estimated 150,000 troops that had massed on Ukraine’s borders.

On Thursday, as the president imposed martial law, Ukrainians realized with a jolt that everything was changing.

“I feel panic, scared and excited. I don’t know who I should ask for help,” said Kyiv resident Elizaveta Melnik.” We didn’t believe this situation would come.”

Ukrainians in the western city of Lviv, not far from Poland, began lining up outside gun shops, encouraged by the government to join the national defense.

“We are defending and not attacking,” said one resident, who gave his name only as Yuri. “This is our land, and we will fight to the last.”