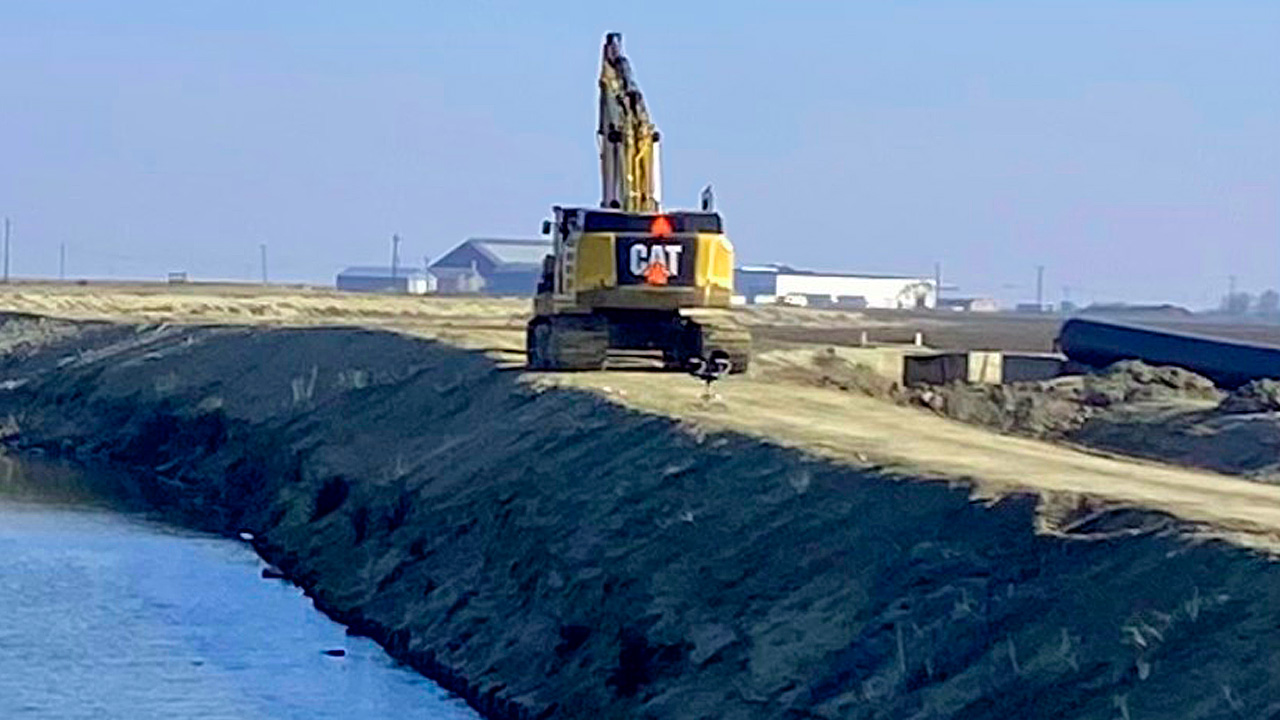 The water fight between Kings County’s two largest growers will continue with heavy equipment intended to block a pipeline project allowed to remain in place on the Tulare Lake Canal banks.

The Tulare Lake Canal Company, controlled by J.G. Boswell Company, moved the equipment onto the canal banks in late January to block trenching for a pipeline by Sandridge Partners, controlled by John Vidovich.

Sandridge filed a restraining order to have the excavators, bulldozers, and trucks removed, but Kings County Superior Court Judge Valerie Chrissakes denied that request on Thursday.

Chrissakes said while she disagreed with the “self-help” approach Tulare Lake Canal Company had taken in blockading the pipeline, Sandridge hadn’t shown that it would suffer “irreparable injury” if the project were delayed a few weeks while complaints filed by each entity against the other are heard in court.

Boswell Attorney: Where Is the Water Going?

Those complaints, one by Tulare Lake Canal Company seeking an injunction to stop the pipeline project and the other by Sandridge seeking to stop the blockade, will be heard on Feb. 25.

Until then, the equipment, some sporting the distinctive diamond “B” logo of the Boswell company, remains in place on the canal. Boswell employees are also at the site, including a night watchman, according to workers at the canal Thursday.

Though Tulare Lake has said its intent is to protect the canal, it is clearly also concerned about the purpose of the pipeline.

In arguing that Sandridge didn’t meet the urgency requirement for its restraining order request, Tulare Lake Canal Company attorney Leonard Herr asked “Where is the water going? When will it be used? Who is going to use it? Without that information, your honor, I don’t think this case is entitled to the emergency that (Sandridge is) claiming.”

Sandridge said it needs to complete the pipeline and start moving water quickly to “pre irrigate thousands of acres.” It did not, however, provide any contracts or cropping information as to the need for the pre irrigation, which Judge Chrissakes noted in her denial of the restraining order. 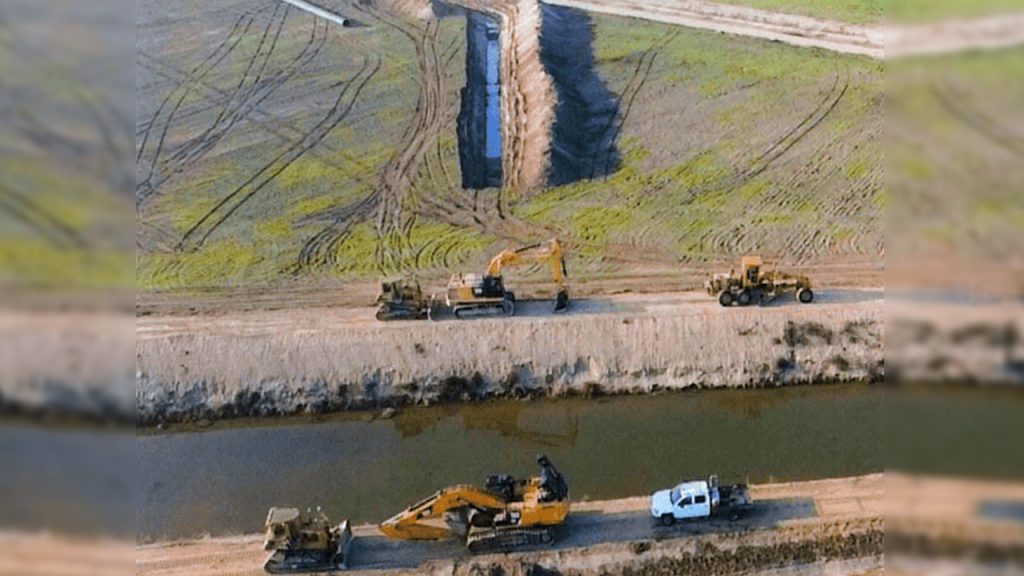 This fight between Boswell and Sandridge is just the latest between the two farming giants, which own more than 230,000 acres in Kings County between them. Both entities are large growers in Kern County as well.

This latest stalemate is reminiscent of past Kings County water wars when Boswell and then rival Salyer Land Company often fought over levees to keep floodwater off their lands.

The Kings River Water Association, where Boswell is a major rights holder, is suing Tulare Lake Reclamation District 761, controlled by Vidovich, for shipping its Kings River water to the Dudley Ridge Water District in western Kings County. The association contends that those lands aren’t in the river’s “service area.” A trial is set for December 2022.

Boswell and Vidovich are also on opposite sides of an attempt by Semitropic Water Storage District in Kern County to gain rights to Kings River floodwater. The Kern water district has claimed rights holders in the Kings River Water Association aren’t fully using the water and has applied to the state Water Resources Control Board.

If it gets that floodwater, Semitropic plans to store it on land owned by Vidovich near Kettleman City, between the Blakeley Canal and California Aqueduct. Semitropic has paid him $40 million for an easement and Vidovich would also get a cut of the floodwater and be allowed to use the facilities to move groundwater, per the project contract. The state Water Board began holding hearings on that issue last June.

This latest stalemate is reminiscent of past Kings County water wars when Boswell and then rival Salyer Land Company often fought over levees to keep floodwater off their lands.

In the epic 1969 flood year, Boswell had installed a series of pumps to move water off its land onto Salyer’s. Fred Salyer went to the levee with a letter from his attorney, an armed guard, and a tractor and upended the pumps into the river, according to the book “The King of California.”

Boswell bought out Salyer’s land, including its water rights, in 1995 just one year after Vidovich bought his first piece of Kings County farmland in 1994.

GOP Lawmakers Don Masks With Photo of a Maskless Newsom