Will It Be Rams by 30 Points or Bengals by 1 in Super Bowl? 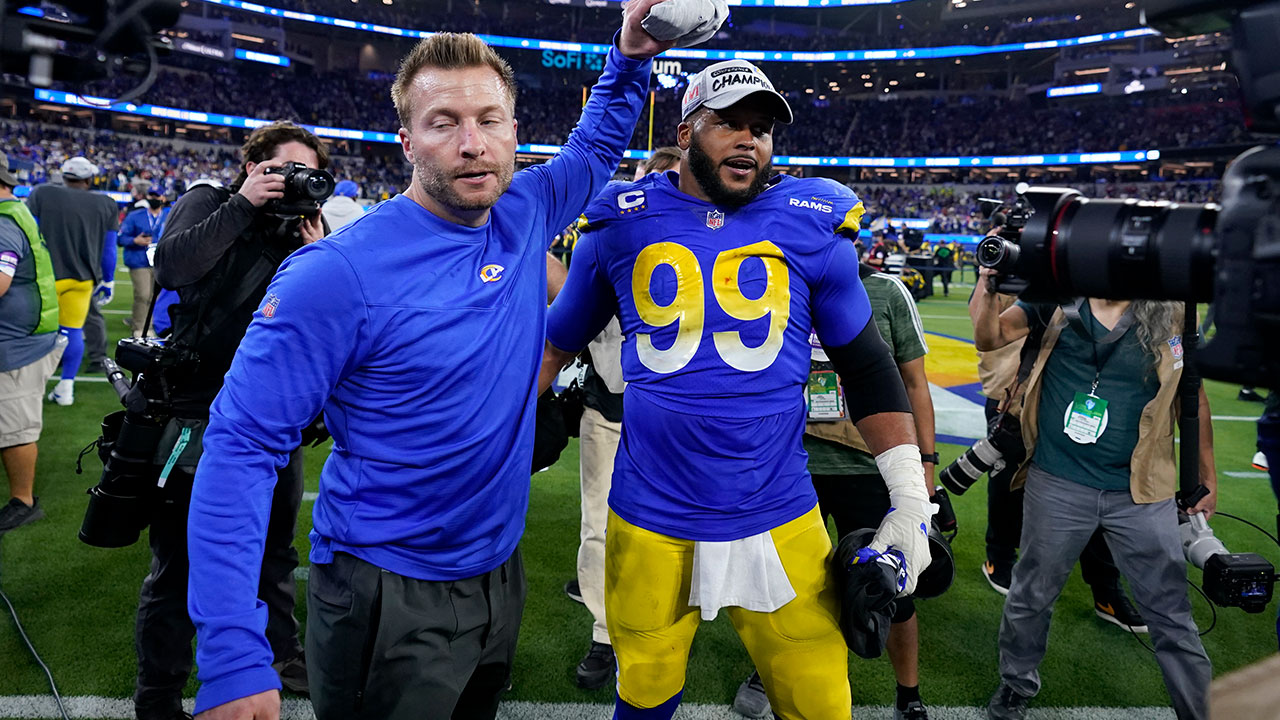 Coach Sean McVay, left, will need a big performance from Aaron Donald for the Rams to win the Super Bowl. (AP File)
Share with friends

With seemingly half the world flocking to Los Angeles for Super Bowl LVI, I am often asked which team will win come Sunday afternoon.

Whether it’s on the NFL Network, in this column, or interviews with other media, I strive to deliver an unvarnished assessment based on many hours of watching game film.

Old habits die hard for me. As a former NFL quarterback, it’s almost as if re-watching games is wired into my DNA.

So, I’ve seen the Los Angeles Rams at their best and worst. Same for the Cincinnati Bengals.

Heading into kickoff, my prediction is bold but comes with a hedge, nonetheless: Rams by 30 points or Bengals by 1.

It really stacks up as that kind of game.

If you look at Super Bowl history, games pitting a dominant defensive line against a so-so offensive line favor the team with the sack masters.

Six years ago, in fact, Von Miller produced one of the greatest performances in Super Bowl history with two strip-sacks of Carolina’s Cam Newton.  The first strip was for a touchdown and the second set up a TD. In all, Miller had six tackles, 2.5 sacks, two hurries, two forced fumbles, and defended a pass in Denver’s 24-10 victory.

Now, Miller plays for the Rams alongside Aaron Donald, the NFL’s human wrecking ball, and they’ll match up with a Bengals offensive line that surrendered nine sacks in their AFC divisional win over Tennessee.

Miller, 32, isn’t as dominant as he once was. But he still commands special attention, which Bengals coach Zac Taylor acknowledged when asked the question.

And, while Joe Burrow magically found ways to slip from the grasp of Kansas City’s pass rushers two weeks ago, I don’t see Miller or Donald letting him squeeze away.

Thus, if Sean McVay can stay disciplined with his play-calling and Matthew Stafford takes what’s there instead of getting overly aggressive and throwing interceptions, I see the Rams winning big.

The case for a narrow Bengals victory revolves around the Burrow-to-Ja’Marr Chase connection.

With his lateral speed and Cincinnati’s effective use of underneath pass routes, Chase can create big problems for Jalen Ramsey, the Rams’ All-Pro cornerback. Moreover, Chase is not the kind of receiver that Ramsey can simply wall off.

The Rams’ strategy will be to prevent the big plays, but if Burrow has time to throw, there’s not a lot that LA can do to stop Chase.

Joe Mixon providing clinic tape on how to run inside zone. pic.twitter.com/nePw8aqScY

The other thing the Bengals have going for them is tailback Joe Mixon. He has slithered through small cracks, bounced off first contact, and juked defenders in the open field all season long. His vision and understanding of a play’s design are outstanding.

Bottom line: I don’t see Burrow surviving all that he’ll face Sunday. Hats off to him if he finds a way. 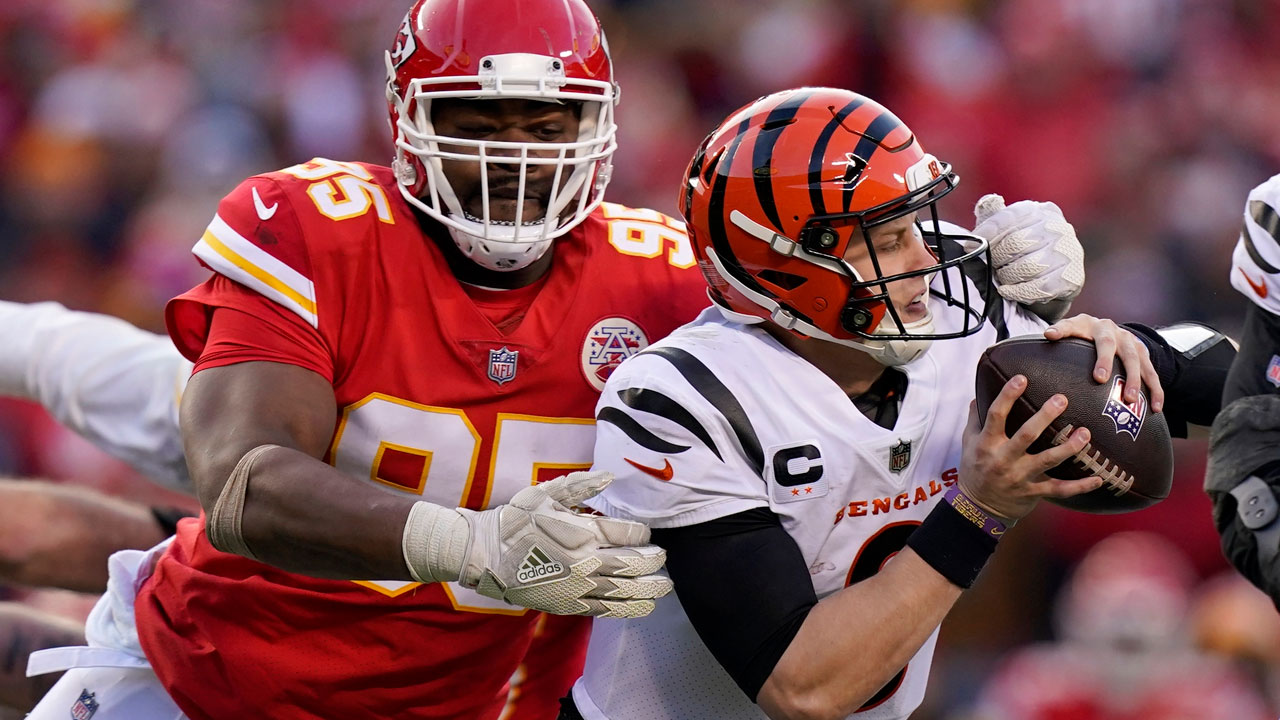 A lot of great athletes — Michael Jordan, for example — have come back after announcing their retirements.

So, I wouldn’t be shocked if Tom Brady returns to the NFL — although it would take the perfect scenario for that to happen.

After all, he showed again this season why he’s the GOAT with another MVP-caliber performance.

Media whispers that Brady is second-guessing his retirement decision aren’t surprising. Retiring from the NFL is accompanied by an initial shock of not having anything to prepare for. In the NFL, when the year ends, you rest your body and prepare for the next season. Exiting that cycle throws you off-kilter.

After retiring, I remember mountain biking for the first time and thinking it wasn’t safe, that I might bang up my knee. When I told my buddies, they laughed and told me that it didn’t really matter anymore. They were right.

Every retired NFL player faces the challenges of transitioning to a new life. For me, I focused on family, community, coaching my kids, and business ventures. This transition is important because you just can’t sit on the beach and eat chips with guacamole for the rest of your life.