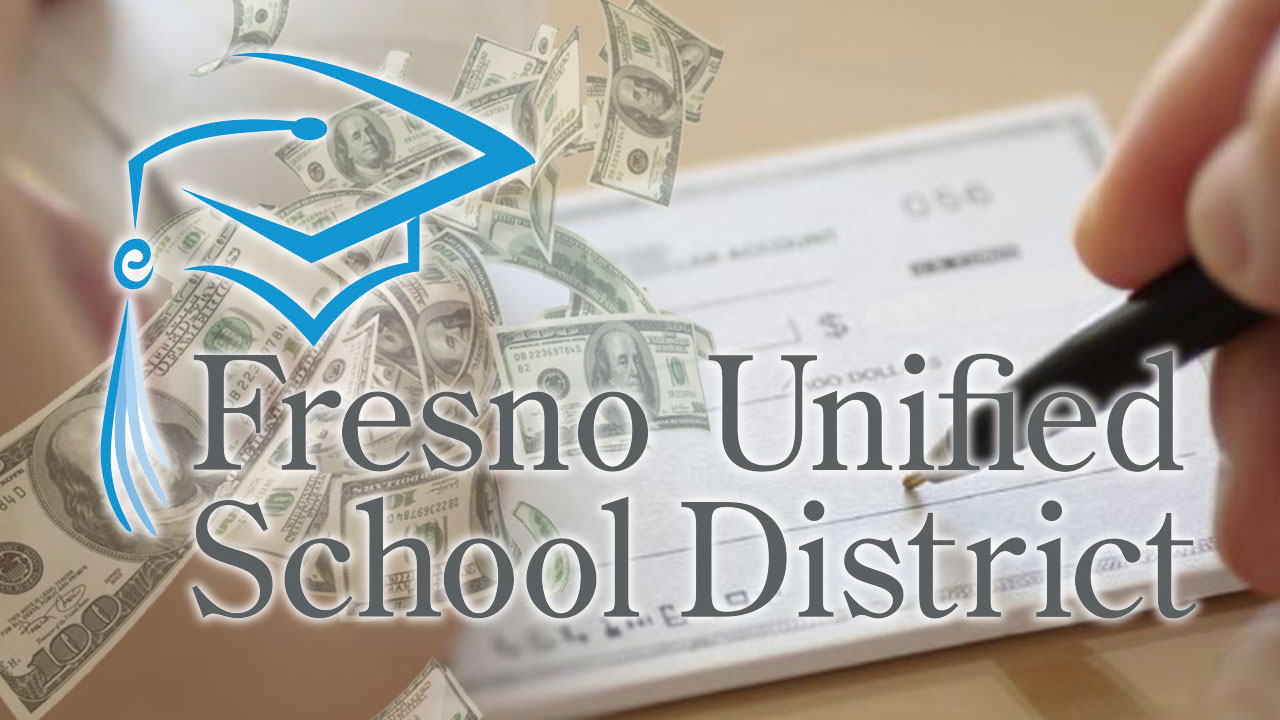 One Fresno Unified school board candidate has raised six figures in campaign contributions — an eye-popping total with the election still nine months away.

Susan Wittrup, a school psychologist in the district, raised more than $117,000 in 2021. It is one of the largest — if not the largest — candidate totals in FUSD history.

She is one of three candidates who have filed to raise money in the Trustee Area 7 covering the northwest part of the district, generally around Bullard High School.

Granville Homes Inc. made the largest donation to Wittrup, $15,000. Darius Assemi, the publisher of GV Wire, is CEO and president of Granville Homes.

“I think it’s a fantastic thing that Darius Assemi has decided to run for school board and is bringing all of his street cred and his power and his political connections to trying to bring the light of day onto this massively corrupt, dysfunctional school district,” Slatic said.

Said Wittrup about her fast fundraising start: “I am honored by the support I have received, which underscores how frustrated the residents of the Bullard area are with their current representative and are clamoring for a change. They want a leader focused on their needs and interests, not waging pointless fights from the dais. I look forward to delivering for my neighbors.”

Slatic wouldn’t commit to whether he would fundraise himself.

“Oh, I don’t even think about it. I think about saving the kids there every day, as should anyone else who’s on the current school board,” Slatic said.

The next round of campaign reporting is due Aug. 1 (and March 3 for the Area 5 special election).

Four candidates are running to replace Mills in the April 12 special election in Trustee Area 5, covering the Fresno High area.

Andy Levine reported raising more than $36,000, the clear leader thus far. Most of his total is from contributions of less than $1,000.

While Daniel Renteria only reported $5,200 raised, he also had late contributions of $5,000 from Granville Homes and $1,000 from Irene Saul of Irene’s Café in the Tower District. Renteria also reported a $5,000 loan from his wife, Andria Alvarado.

Renteria has a fundraiser scheduled for 6 p.m. tonight at Banzai Japanese Kitchen in the Tower District.

Andrew Fabela and Russ Allen filed forms indicating they intend to raise less than $2,000 each.

The neighborhoods south of Computech Middle School are not exactly quiet. Construction of the new Fresno City College satellite campus is only a few blocks away. And, the area regularly has city and school buses travel through.

But, at least it will be slightly safer. Construction crews on Monday were building a series of speed bumps on Belgravia Avenue. Neighbors approved.

“I feel it’s about time. It has been a problem here. We’ve had a lot of speeders go up down or the people doing donuts and stuff like that,” Samantha Firman said.

“They fly on the street like a raceway,” Vernon Thomas said.

Councilman Miguel Arias estimated it costs $6,200 and two days of work to build a series of bumps on a given street.

Last year, the city council voted to amend its no speed bump policy in favor of a pilot program. The city council is scheduled to expand the program citywide at Thursday’s meeting. 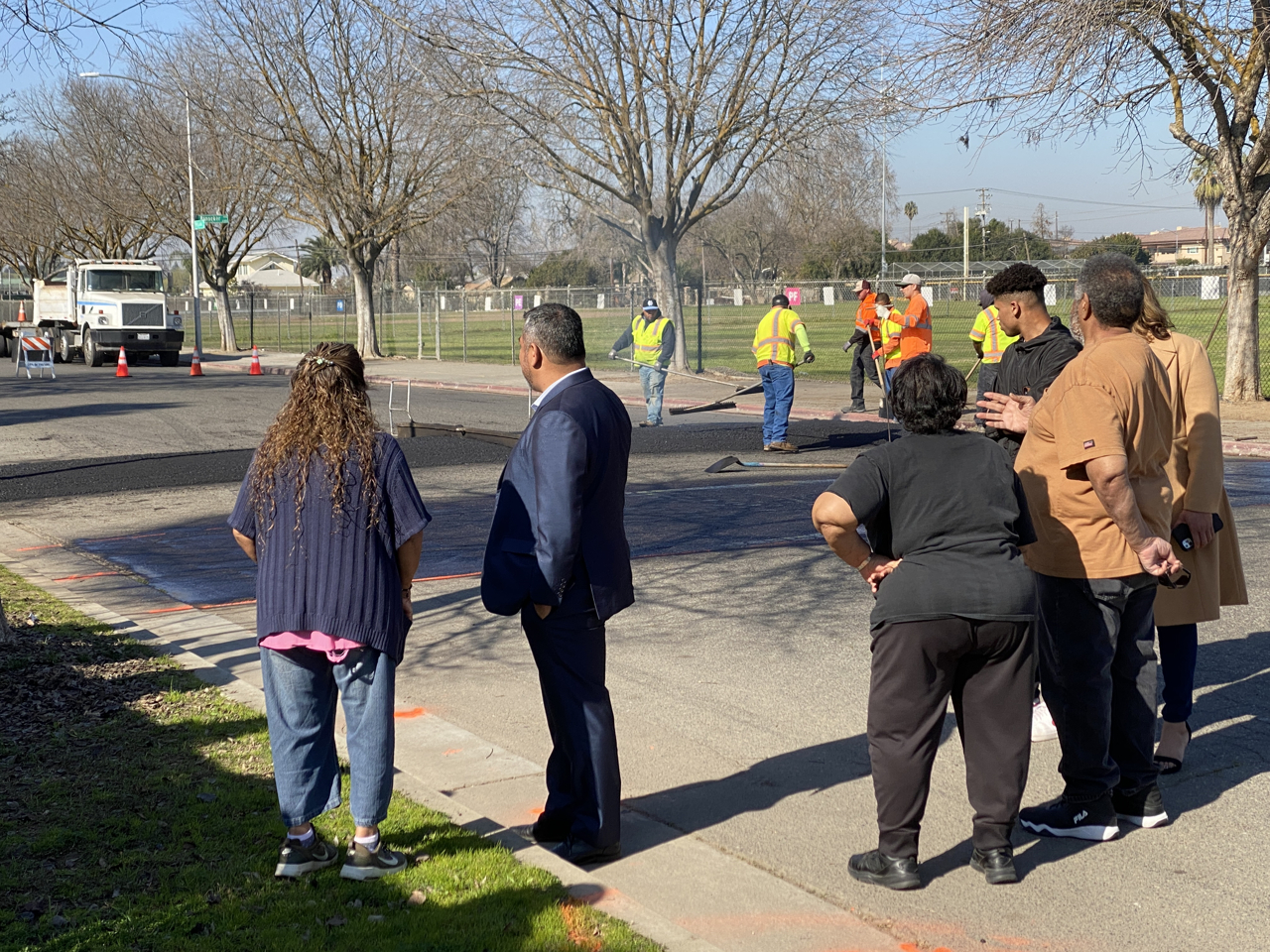 Naindeep Singh, who is the executive director of the Fresno-based Jakara Movement, is the recipient of a 2022 James Irvine Foundation Leadership Award.

We’re thrilled to announce the @IrvineFdn 2022 Leadership Award recipients today. The honors recognize seven leaders from six organizations for their innovative solutions to some of the most pressing issues in CA.

Congratulations to the recipients!

The group educates Sikh youth about their heritage, explores challenges facing them like gender equality and caste, and prepares them to be leaders in their communities.

After starting out as a grass-roots group more than 20 years ago, the Jakara Movement how has 70 registered high school clubs and 25 college chapters spanning 15 California counties. And, it is led by a paid staff of 41.

Along with the recognition for Singh, the award comes with a $250,000 grant for each of the six nonprofits selected this year.

Read about the recipient nonprofits and their leaders at this link.