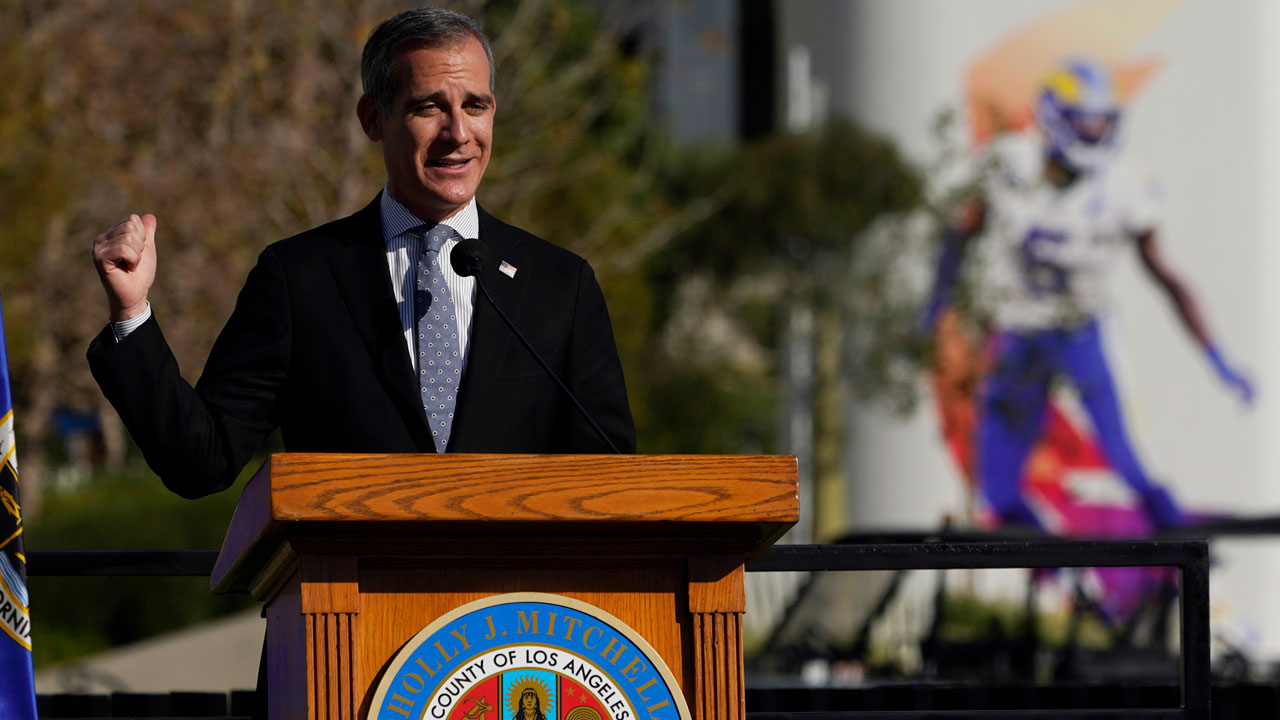 Facing blistering criticism for being photographed without a mask at the NFC title game, Los Angeles Mayor Eric Garcetti says he was holding his breath during the snapshot.

Garcetti offered the explanation at a news conference last week in which he urged fans headed for Sunday’s Super Bowl to strictly adhere to pandemic safety protocols that include staying masked, except while eating or drinking.

“There is a zero percent chance of infection from that. I put my mask right back on … to make sure that there is no spread. And I think that we should all follow that advice until we’re out of this period.”

Garcetti added that “people do have a good common sense in this city and around this country.”

Gov. Gavin Newsom and San Francisco Mayor London Breed also were photographed without masks at the game. The three Democrats were accused of hypocrisy for lecturing residents about dutifully wearing masks in public, while the pictures from the game that circulated widely online suggested they set different rules for themselves.

Newsom, like Garcetti, said he removed his mask only briefly during the game, though photographs online showed him wearing his mask at times in his seat, at other points not. 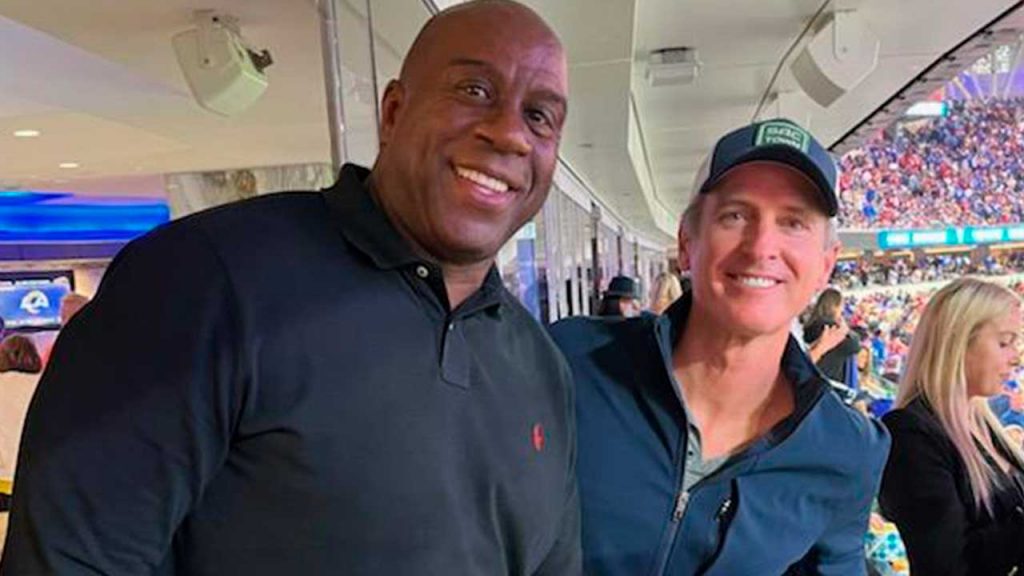 Gov. Gavin Newsom told reporters that he removed his mask only briefly Sunday for photos at SoFi Stadium near Los Angeles. (Twitter/magicjohnson)

The Los Angeles area continues to see high levels of COVID-19 infections, and ticket holders ages 5 and older must show proof of vaccination or a recent negative COVID-19 test to enter. Under a Los Angeles County health order, masks are required at all times, with limited exceptions.

The biggest challenge at the Super Bowl might not be on the field, with officials acknowledging there was no way to constantly police 70,000 people. At the championship game Sunday at SoFi Stadium near Los Angeles, where the Super Bowl will be played, thousands of fans openly disregarded the mask mandate.

“You can’t force everybody to wear a mask all the time,” said James Butts, mayor of Inglewood, where the stadium is located. “In the end, it’s the responsibility of the people to take care of themselves, their families and their friends. And that’s the simplest way I can put it.”

Slipping off a mask to take a bite of a snack “doesn’t mean buy a bucket of popcorn and eat it for two hours,” warned Russ Simons, senior adviser of facilities at the stadium. “The staff is on hand to remind people to mask up.”

If There Is War in Ukraine, Will That Country’s Air Force Even Fight?