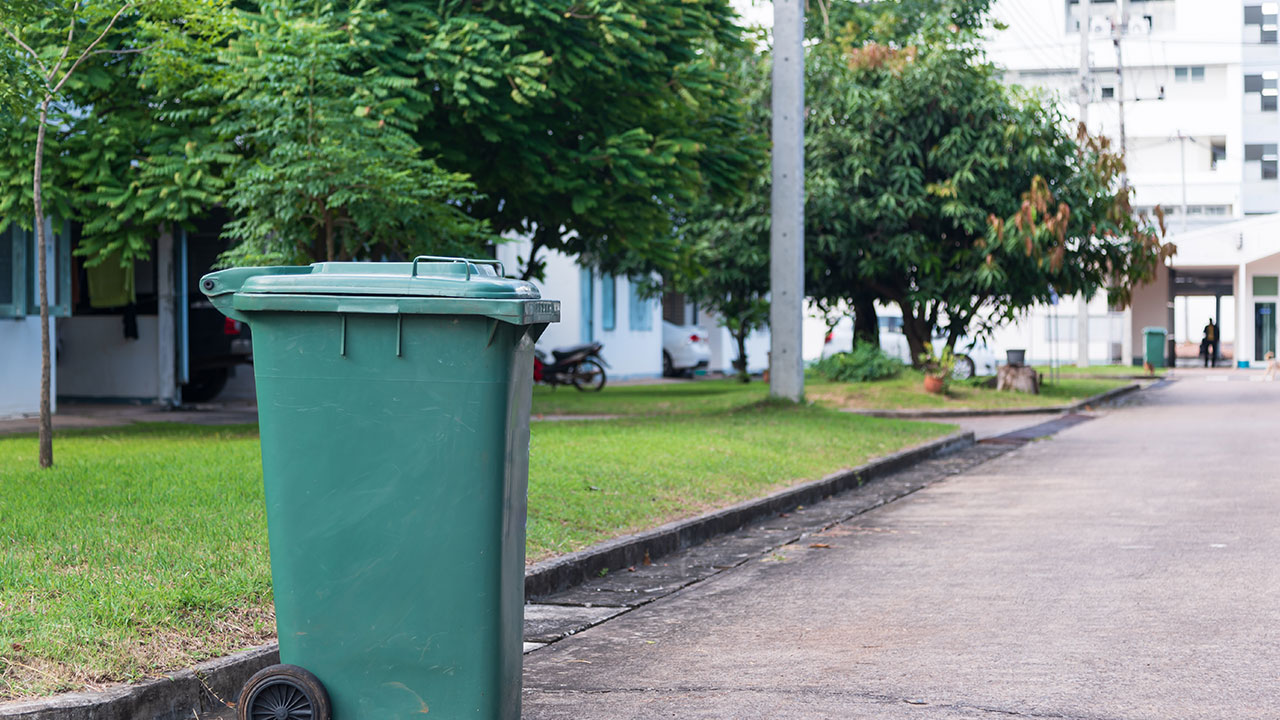 The city of Clovis is sharing tips with residents on how to get up to speed with new food waste disposal rules. (Shutterstock)
Share with friends

Like many California cities, Clovis is asking for an extension on complying with a new state law requiring organic waste like food scraps to go in the green bin instead of the gray bin.

But while they figure out how to meet Senate Bill 1383, Clovis officials are educating residents on the changes they’ll have to make.

“This law requires that individuals and businesses change the way they dispose of certain items, and that means changing our everyday habits,” said Ivette Rodriguez, solid-waste manager for Clovis. “We are sending out regular messaging to residents through mailers and social media.”

The good news is, the city isn’t planning to increase rates due to SB 1383,

A new section on the city’s website provides details on the new law and the changes residents will have to make.

To start, the city advises residents to place food scraps inside a paper bag and then put them into the organics green cart.

Residents can also combine food scraps inside newspapers clippings before placing them inside the green waste bin or purchase a small bin container that can be reused and washed to hold food scraps. 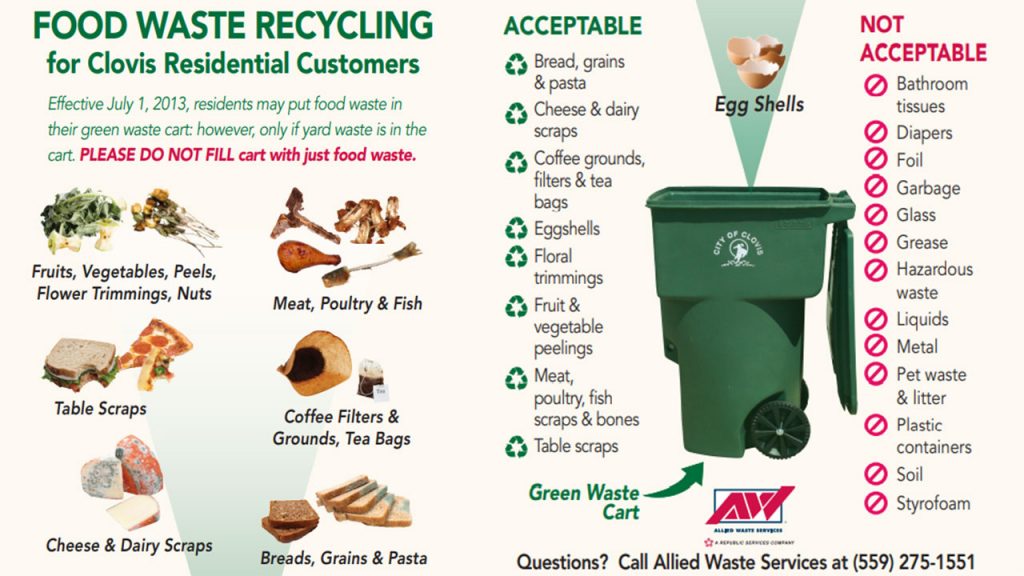 For foul odors, food scraps can be frozen inside a plastic bag and then removed the day of service or the night before.

Residents can also thwart foul odors and keep the green bin clean by filling a spray bottle with vinegar and water. Adding an essential oil helps, too.

By spraying this mixture into the organics cart on a weekly basis, odors and pests can be kept at bay.

Besides the millions of households that will have to follow the new rules, the law also requires cities and counties to set up recovery programs that divert edible food from going to waste.

According to CalRecycle, grocery chains will often throw edible food away because of appearance, age, freshness, grade, size, or surplus.

Stores, schools, and government agencies will all have to ensure that undesirable but edible food is given to food banks and other recovery programs.

Many of the grocery stores in Clovis have donated edible food to food banks for years, Rodriguez said.