Who Impressed, Who Bailed at Forum for Nunes Seat Hopefuls 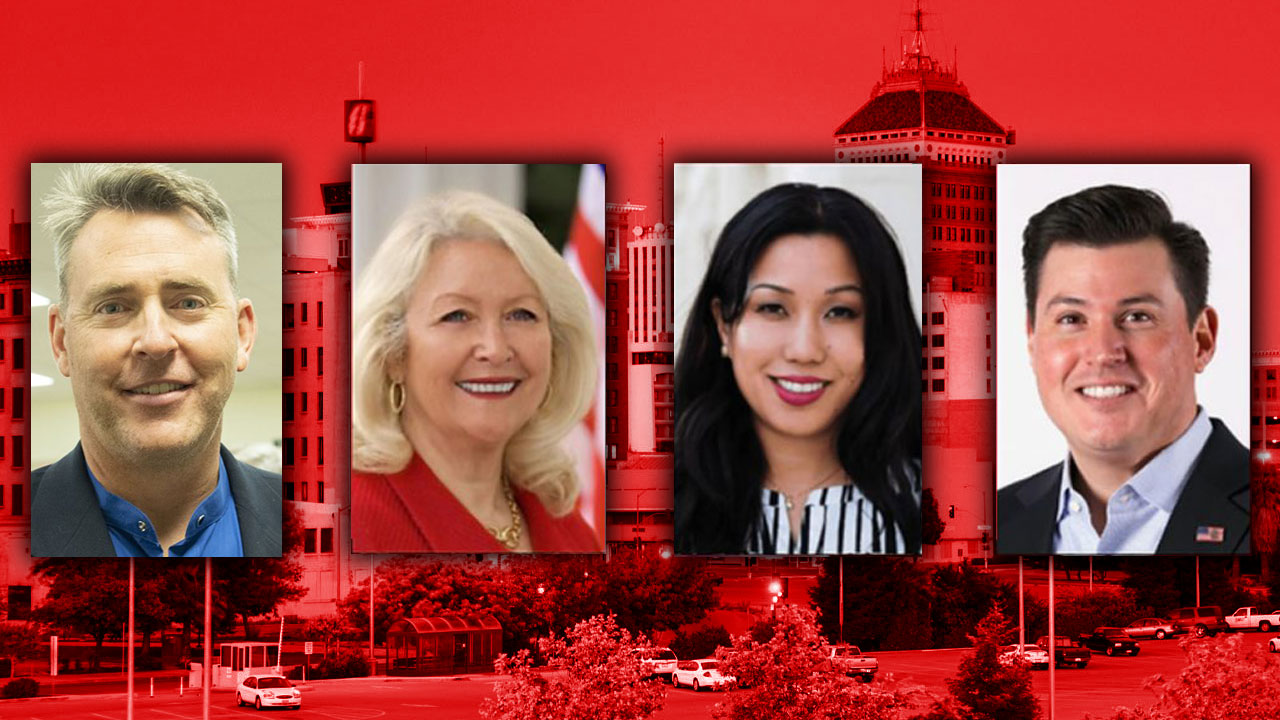 The candidates included two military veterans, one political vet, and one taking a second crack at political life.

Answering questions in front of about 150 attendees at Redeemer Lutheran Church in northwest Fresno, Michael Maher, Matt Stoll, Connie Conway, and Elizabeth Heng mostly agreed on conservative positions and policies. The event was organized by the Fresno County Republican Party.

Of the 12 questions posed by the moderator — Clovis city councilman and county judge candidate Bob Whalen — an observer could truly say there was a distinction among the four in one or two questions. Whalen was a last-minute replacement for state Sen. Shannon Grove, who missed the event because of illness.

The candidates all struck the same chord on key GOP issues — all praised former President Donald Trump; all support building a wall on the southern border with Mexico; all are against mask and vaccine mandates; all favor cutting taxes; all called for audits of the 2020 election, and so on.

All said they would fight for the Valley. Repeatedly.

Nunes resigned from Congress on Jan. 1 to run Trump’s new media company. A primary election to fill the remainder of Nunes’ term will be held on April 5. If no candidate receives a majority of votes, the top two will advance to a June 7 runoff, regardless of party.

The buzz in the crowd after the event was generated by the performance of Stoll, a Visalia businessman and political newcomer who impressed with his charisma.

During his opening comments, Stoll engaged the audience with stories about his missions as a Navy combat pilot after 9/11.

Training at Lemoore NAS led him to life in the Central Valley, where he started a property management company and today operates Visalia Tree and Landscape.

“I submit to you today that we are in another Cold War, a superpower who has every intention to take us down,” Stoll said about China.

One longtime party activist told Politics 101 that Stoll has her backing. Another man, wearing a “Kevin McCarthy” hat, said he liked the way Stoll spoke.

In perhaps the starkest contrast among the candidates answering a question, Stoll was the only one to deviate from a strict anti-abortion position.

“Personally, I would never terminate a life, ever. That’s my personal belief. But, I also don’t believe that we should inhibit someone based on circumstances that we’ll never know for being able to do that they feel they need to do,” Stoll said. 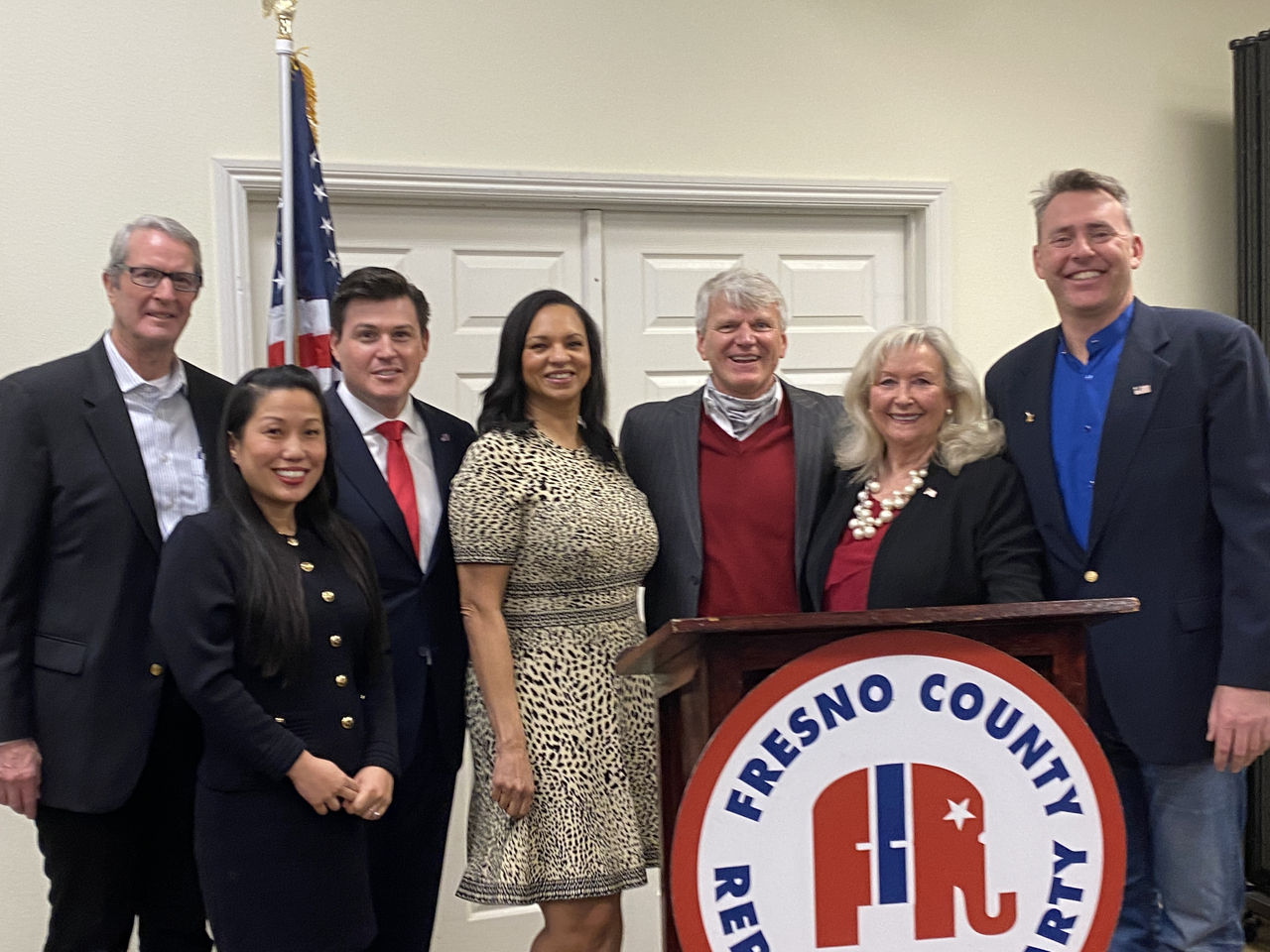 Conway a Pro, Maher a Newbie

Michael Maher (pronounced “Marr”) of Kingsburg also is a Navy veteran and a political newcomer. He also is a retired FBI special agent. Today, he operates an airline services company, OTN Aviation.

Maher offered a more nuanced answer than other candidates to a question about providing more water for Valley farmers.

“There are multiple, off-the-shelf solutions that can be used throughout the state to address the water issue. We have a 50-year old infrastructure that was designed to support a totally different atmosphere and now we are adding this totally new environmental regulation that is taking away capacity. So, it is not just a one-size-fits-all solution,” Maher said.

Regardless of the special election outcome, Maher said he plans to run for the full-term seat in the redrawn Congressional District 21 against Rep. Jim Costa, D-Fresno.

Conway, now living in Tulare, represented the South Valley in the state Assembly from 2008 to 2014. She pushed her conservative credentials, saying she voted 100% against taxes, against crime, pro-life, and was pro-gun.

Her campaign plan is to run only in the special election to continue Nunes’ work. She also hopes to lift others.

“I want to translate that over to help other candidates. That’s really what I’m about, something I’ve learned and always been a part of me to serve and help others. That’s the point of my candidacy — to respect the district, to finish the job and from that opportunity, help others — whether it’s school board members, whether it’s a hospital board, water board, or whether it’s congressional districts,” Conway said. 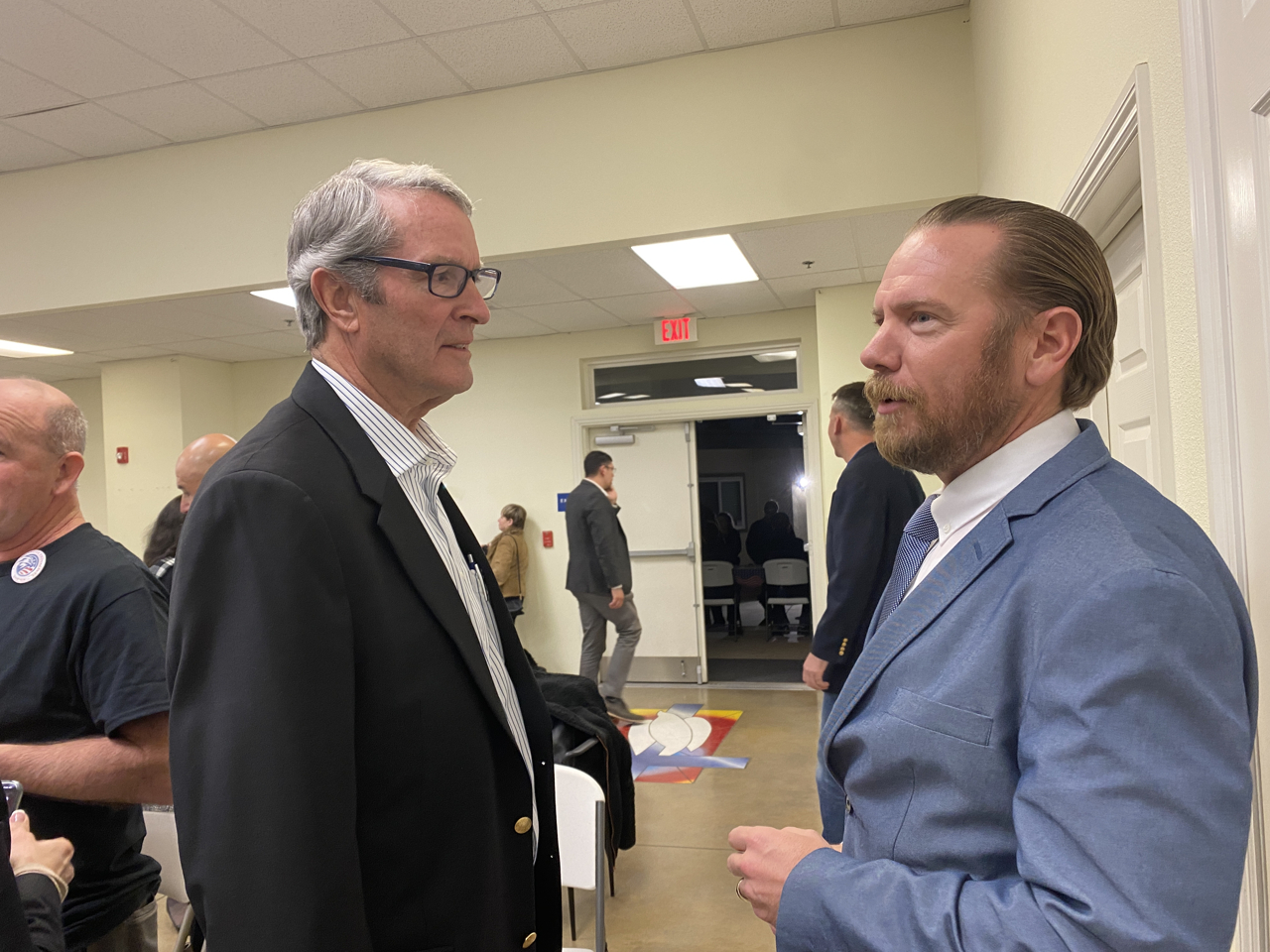 All the candidates said they wanted to continue in Devin Nunes’ footsteps. Perhaps Elizabeth Heng most closely exhibited one of his traits.

Heng, who ran against Costa in 2018 and lost by 15 points, talked about that campaign and her quarrels with social media platforms. She founded The New Internet, a company developing a privacy-friendly web browser.

She talked about her family’s background as refugees — “legal refugees” she emphasized — from Cambodia. She vowed to do battle against progressives in Congress.

Related Story: What Will Devin Nunes Do With $11 Million in Campaign Account?

After events like this, it is customary for candidates to mingle with the crowd and take questions from the media. Heng stuck around for some photos and did kibitz with a few audience members.

But Heng’s team told Politics 101 she would not be available to speak after the event — Heng appeared to be the only candidate to have a team with her. When Politics 101 asked Heng directly if she wanted to talk anyway, one of her staff tried to physically block this reporter.

He was as effective as the 49ers offensive line against the Rams in the fourth quarter last week. Heng gave a vague answer, essentially a no.

And, just like Nunes with the media, Heng proceeded toward the exit, calling it a night. She was the first candidate to leave.

She was the only candidate of the four to file financial disclosures with the Federal Election Commission. Conway and Maher filed paperwork to raise funds, but did not report any figures. Both entered the race after the financial filing deadline. Stoll has not yet registered with the FEC.

Hopefully, Heng’s staff will be paid. In 2018, Dynamic Marketing, Inc. sued Heng for not paying for campaign work. The matter was eventually settled out of court.

[Update 2/02/22: The original story indicated all candidates supported Donald Trump. While Elizabeth Heng praised Trump, she did not say she would outright support him.]
Related Topics:
Up Next