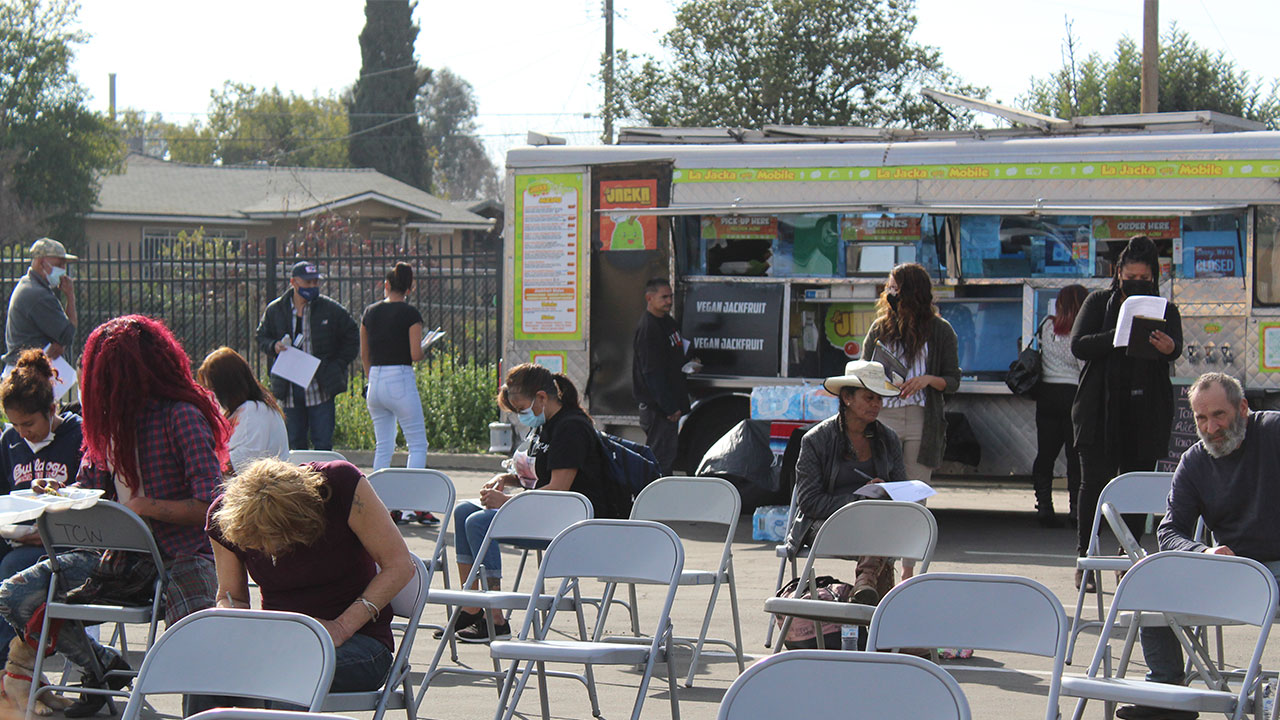 A group of the unhoused community met with Fresno City councilmembers to help assess the needs and barriers of Fresno residents living on the streets. (GV Wire/Liz Juarez)
Share with friends

Three Fresno city councilmembers sought to give a voice to homeless people at a unique town hall meeting with members of the unhoused community.

The event, organized by Miguel Arias, Luis Chavez and Esmeralda Soria, was aimed at hearing directly from those living on the streets about their needs and the challenges they face in getting back on their feet.

“All three of us have spent a significant amount of time trying to come up with solutions to reduce the amount of people who call the streets of Fresno home,” said Arias.

“We’ve been able to house nearly 2,000 people in the last 3 months, but yet there are thousands more individuals that still need to help and we know that, and we come here today with humility of understanding that there’s more work to be done with the acknowledgment that not everything has been done perfectly,” he said.

Leaders Say They Want to Listen

Soria noted that many discussions about solving the homelessness problem have not included input from unhoused individuals themselves.

“I’m really here to listen to your concerns, to what we can do better as your representatives, as the policymakers of this city to ensure that we are helping you, really, not just be housed temporarily, but transition out of these places where you can live a productive, healthy and happy life with your family because we all deserve to do that,” said Soria. 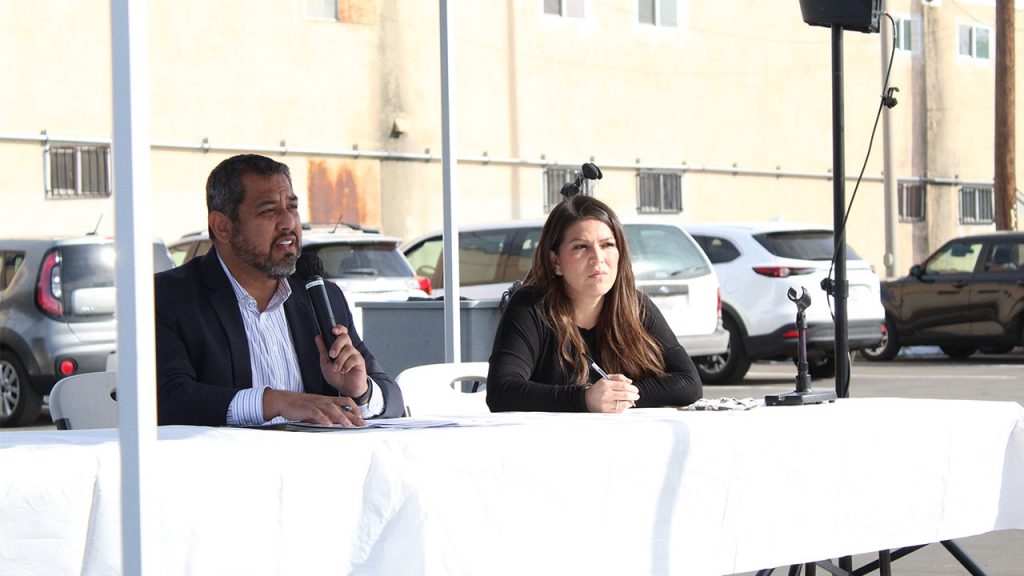 “We oftentimes see numbers and stats, but we know that there’s more than that because at the end of the day, it’s about people,” Chavez said to those attending. “You all have a name. You all have a face. You all have a story and you’re all human beings.”

Unsheltered Showed up and Spoke up

A microphone was passed around as participants shared their personal stories of hopelessness, despair, and survival that led them into homelessness.

The crowd of 40 or so who participated included people with disabilities, people who identified as LGBTQ, at several visibly pregnant attendees.

Individuals were given surveys to fill out to assess how long they have been living in Fresno, whether they were unhoused, and their preference for which local motel to stay in before transitioning into permanent housing.

As unhoused participants shared their grievances and opinions, it was clear that people from all walks of life struggle to find housing in Fresno.

While some acknowledged they had chosen to live their life on the streets or said bad decisions led to their unhoused situation, others pointed to unforeseen circumstances that led them to homelessness.

A woman named Fina says she came to Fresno after living in New York and instantly became homeless five years ago.

She compared the services provided in the city of Fresno with those of New York, and was appalled by the lack of immediate help and services in Fresno for those who have nowhere to live.

“Imagine what it’s like, especially for a woman to use the bathroom,” said Fina.

She explained that women face the danger of being raped while living on the streets because they need to use the restroom but are often being watched.

Others shared that after transitioning out of the foster care system, they became homeless with no where to go.

Fina said many of the homeless need to be met where they are because many are suffering from mental health issues.

Homeless individuals asked for mental health counselors, places to shower and wash their clothes, lockers where they can safely keep their possessions, and a location to receive mail.

Others said they need access to the internet so they can apply for jobs. There were also requests for suitable clothing for job interviews.

Among those who showed up to share their personal stories, a man named Jeremy said he and his wife lost their house in a fire a few months ago and spent most of their savings paying to stay in hotels.

He said they also received $400 from the Red Cross that covered a four-day stretch.

After that, Jeremy said they had no choice but to live in their cars until they were offered a room at the city-owned Valley Inn Motel, which is being used as transitional housing for the homeless.

He shared that he is afraid that he and his wife may lose their children because of their housing situation.

While the couple are employed full-time, they are both making minimum wage, Jeremy said. Their low credit scores and unaffordable rental prices in the Fresno area are preventing them from finding a permanent place to live, he said. 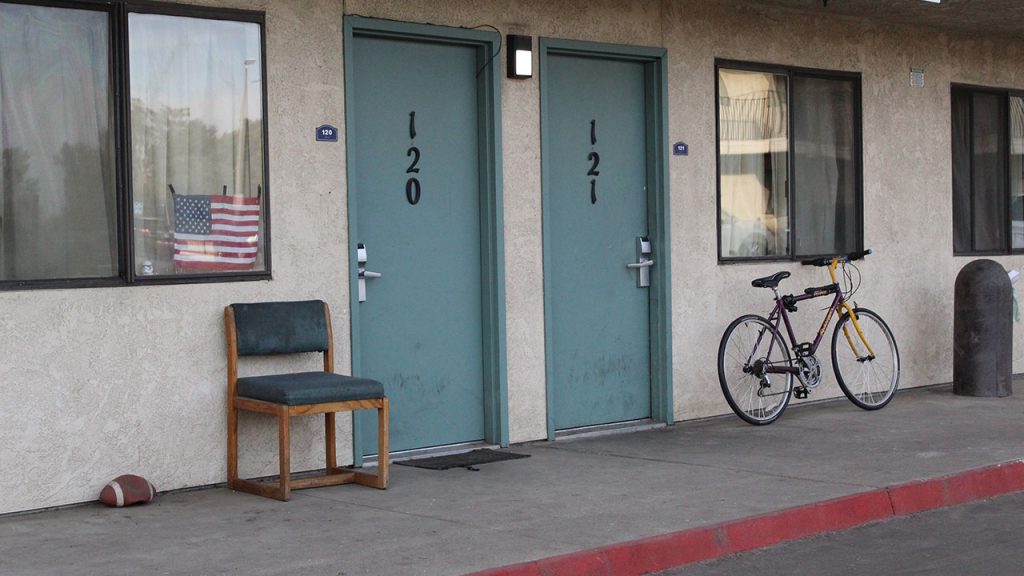 “Credit is a problem for my wife and myself,” said Jeremy. “Credit cards were the first to go during the pandemic.”

To make matters worse, Jeremy explained that because both he and his wife work full time, they don’t qualify for many social service programs, or funding being made available for those who are unhoused.

Others became homeless after losing their jobs, falling into depression, and or getting hurt on the job.

One woman, who is pregnant, said her husband recently passed away after being murdered. Another pregnant woman said she lost her husband to COVID and was now sleeping in her car.

Both said they lost their housing after failing to pay their mortgage or rent.

Arias said that the city of Fresno is working hard to provide more housing for the homeless with the acquisition of two more motels.

What Will Devin Nunes Do With $11 Million in Campaign Account?

Fixes Begin on a Sinking Stretch of the Friant-Kern Canal