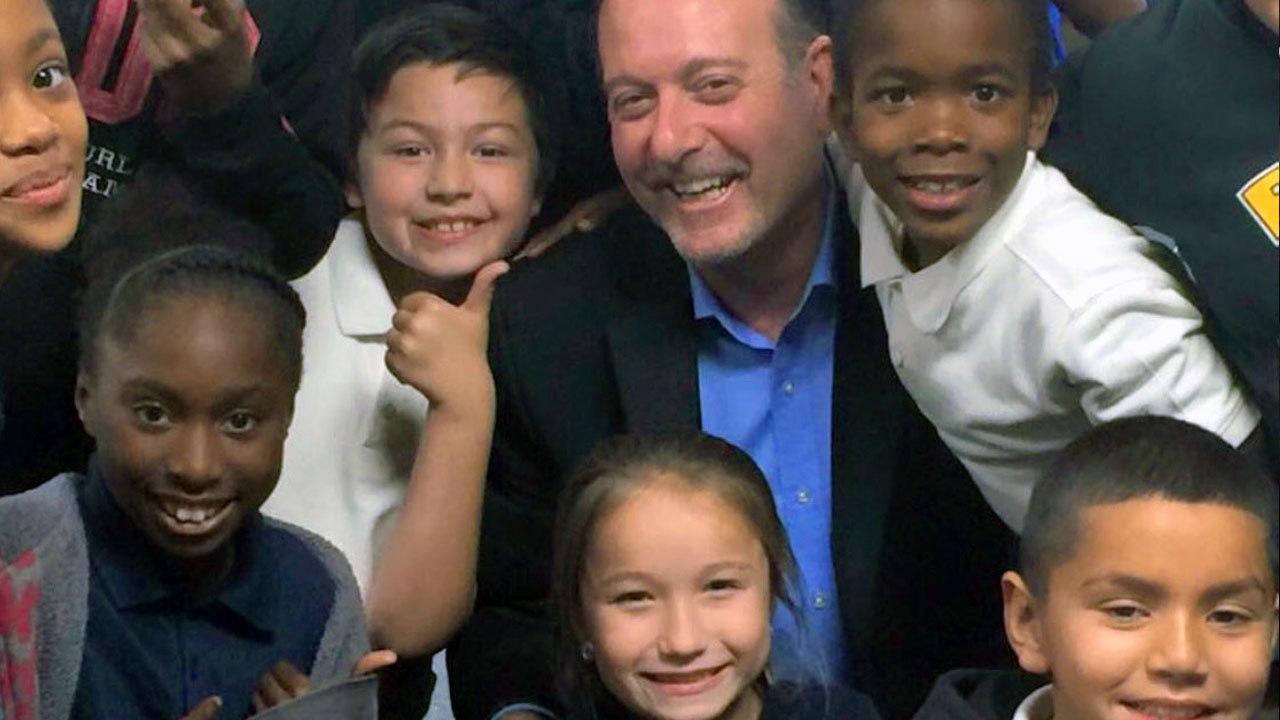 Jim Yovino said Monday he will not seek reelection as Fresno County Superintendent of Schools in the November election.

He told GV Wire that the decision not to run again — he was elected to his first term in 2014 after being appointed to fill the role the year before — was not an easy one.

“I love what I do. I love the people in Fresno,” Yovino said.

But Yovino, who will turn 66 in June, said he wants to have more time to spend with his wife and the couple’s three grandchildren, “with one on the way.”

Yovino said the deaths of Dr. Noel and Gloria Smith last year due to COVID-19 hit him hard and made him start to reassess his work-life balance. The Smiths, who lived in his west Fresno neighborhood, welcomed him into their family during his teen years after his parents died, and he found after their deaths that he regretted not spending more time with them, and others.

Since the filing period to declare candidacy opens in February, Yovino said he wanted to make his intentions clear for other candidates.

Todd Suntrapak, who as president and CEO of Valley Children’s Hospital has worked closely with Yovino on a number of programs, said his impact has been and will continue to be “profound.”

“Few in our community, in any generation, have contributed so much to raising children up. Jim has created more than 70 new programs benefiting kids during his tenure and doubled the amount of resources available to do the work of the Fresno County Superintendent’s office. He has led with focus, tireless dedication, passion, and a smile — the quintessential leader,” Suntrapak said.

Assembly Member Dr. Joaquin Arambula called Yovino a ““a steady and outstanding advocate for education” who has provided strong support for the county’s school districts.

“I’ve especially appreciated his leadership during the COVID-19 crisis when he worked hard to make sure all children in the county, regardless if they were in public schools or private ones, had access to services. I particularly am thankful for his focus on the behavioral and mental health of our young people who have felt the impact of the pandemic,” Arambula said.

County School Board Trustee Bryan Burton said Yovino’s legacy will be his dedication to the students of Fresno County. Burton said that Yovino looked for partnerships to improve children’s health and education, such as linking with the Fresno County Department of Behavioral Health to focus on students’ mental health.

“That’s a pretty unusual thing,” Burton said. “There’s not a lot of other offices of education doing it.”

“Under his vision, we have seen an impressive growth in efforts to promote student success in our K12 schools. This vision, full of heart, pride, and passion for our region, is focused on the ultimate goal of elevating our talented students and forging the leaders our region needs,” Jiménez-Sandoval said.

Fresno County School Board President Kimberly Tapscott-Munson was moved to tears late Monday afternoon as she said how much she has depended on Yovino, and how much she will miss him after his departure next January.

Yovino’s compassion, dedication to his job and the community, and his charisma make him a special person who accomplished goals “that I don’t think anyone else could have accomplished,” said Tapscott-Munson, the board’s Area 1 trustee. “It’s been nothing but a pleasure to serve with him.”

Fabiola Gonzalez, executive director of First 5 Fresno County, said that among Yovino’s noteworthy work was his focus on ensuring that school districts were prepared to engage early on with young students and their families, in particular families of children with special needs.

Yovino’s departure will mark “a big loss,” but Gonzalez said she hopes the work he has begun will continue under his successor. “We’re ready to support the next person, because this is a legacy we want to continue,” she said.

Yovino, who was born in Fresno and raised on the city’s west side, got a bachelor of arts degree and teaching credential from Fresno State in 1989 followed by a master’s in education at Fresno Pacific University. He held teaching and coaching jobs and also worked as a principal in Fresno, Clovis, Central, and Dinuba school districts.

The many programs and facilities launched during his tenure include the Kids Cafe, which provides social and skills training for adult students receiving special education services; Career Technical Education Charter school, which will graduate its first class this June; the Servant Leadership program that encourages at-risk youth to make changes in their community; and the Lighthouse for Children child development center, a partnership with First 5 Fresno County.

The Cradle to Career (C2C) Initiative administered by Yovino’s office has more than 70 community partners and focuses on children from birth through age 22: “This initiative will change Fresno County,” he said.

The annual budget for the Office of the Superintendent of Schools has grown substantially over the past nine years, from $198 million to $359 million today, Yovino said. That’s due to grant awards and partnerships with community organizations to fuel the many initiatives that are underway today.

“They all have one common thread — all are going to serve children and schools and support our community,” he said.

Yovino said he plans to use his remaining 11 months in office to ramp up some projects that are underway and also to keep the 70 projects that started under his watch going. And he said he’s confident that the staff, under the leadership of his replacement, will maintain the momentum.

Once he retires, he said he plans to remain involved in the community through volunteer efforts.

Fresno County Office of the Superintendent of Schools Programs and Initiatives