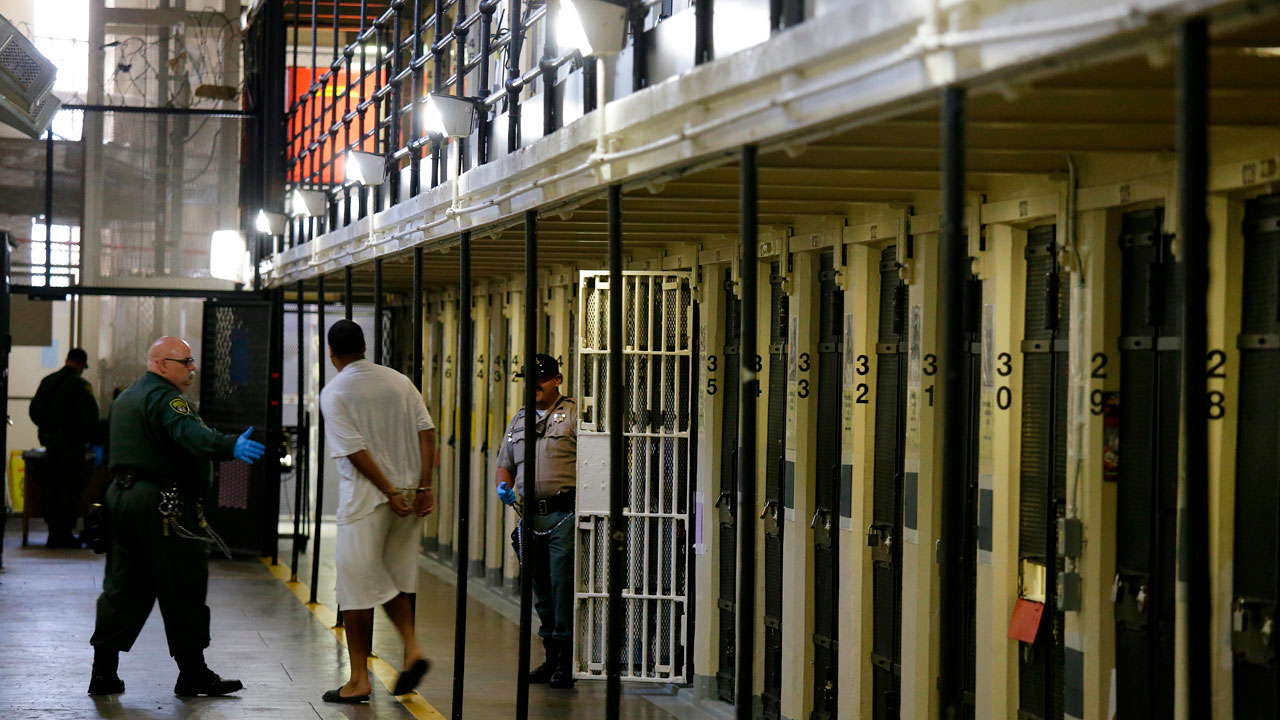 In this Aug. 16, 2016, photo a condemned inmate is led out of his east block cell on death row at San Quentin. (AP File)
Share with friends

SACRAMENTO — California Gov. Gavin Newsom, who three years ago placed a moratorium on executions, now is moving to dismantle the nation’s largest death row by moving all condemned inmates to other prisons within two years.

The goal is to turn the section at San Quentin State Prison into a “positive, healing environment.”

“We are starting the process of closing death row to repurpose and transform the current housing units into something innovative and anchored in rehabilitation,” corrections department spokeswoman Vicky Waters told The Associated Press.

California, which last carried out an execution in 2006, is one of 28 states that maintain death rows, along with the U.S. government, according to the Death Penalty Information Center. While other states like Illinois have abolished executions, California is merging its condemned inmates into the general prison population with no expectation that any will face execution anytime in the near future.

Oregon similarly transferred its much smaller condemned population to other inmate housing two years ago.

Newsom, a Democrat, imposed a moratorium on executions in 2019 and shut down the state’s execution chamber at San Quentin, north of San Francisco. Now his administration is turning on its head a 2016 voter-approved initiative intended to speed up executions by capitalizing on one provision that allowed inmates to be moved off death row.

Corrections officials began a voluntary two-year pilot program in January 2020 that as of Friday had moved 116 of the state’s 673 condemned male inmates to one of seven other prisons that have maximum security facilities and are surrounded by lethal electrified fences.

They intend to submit permanent proposed regulations within weeks that would make the transfers mandatory and “allow for the repurposing of all death row housing units,” Waters said.

The ballot measure approved six years ago also required condemned inmates to participate in prison jobs, with 70% of the money going for restitution to their victims, and corrections officials said that’s their goal with the transfers. By the end of last year, more than $49,000 in restitution had been collected under the pilot program.

It notes that death row and its supporting activities are in the same area as facilities used for rehabilitation programs for medium-security San Quentin inmates. The money would be used to hire a consultant to “develop options for (the) space focused on creating a positive, healing environment to provide increased rehabilitative, educational and health care opportunities.”

San Quentin’s never-used $853,000 execution chamber is in a separate area of the prison, and there are no plans to “repurpose” that area, Waters said.