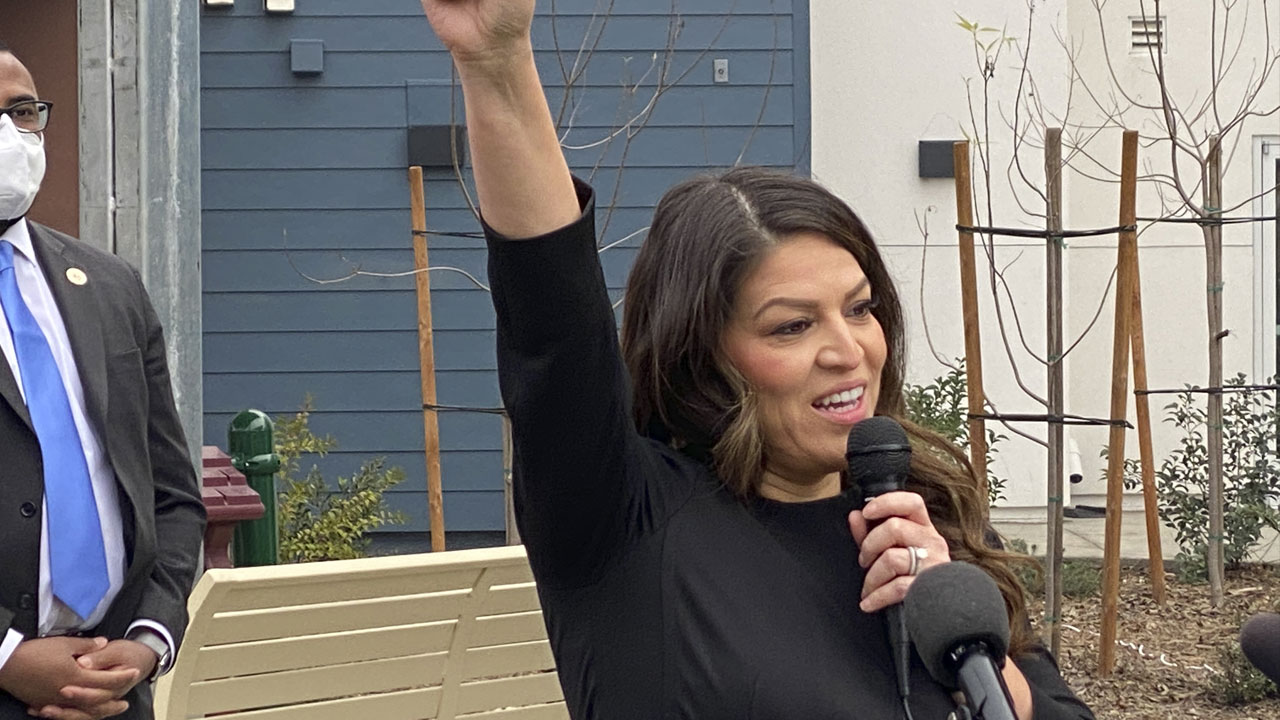 After weeks of speculation, Fresno City Councilwoman Esmeralda Soria made it official — she is running for the state Assembly.

“I’m very excited. Over the last couple of days, I’ve been mulling over the thought of jumping into this newly Assembly District 27,” Soria said. “I’m excited just to have the opportunity, one, to continue to represent the voters that first elected me to be in elected office. But more importantly, actually to be a voice for this Valley and to continue to advocate for working families.”

The redrawn seat includes parts of Fresno, Madera and Merced counties. It is without an incumbent, as Assemblyman Adam Gray, D-Merced, announced he is running for Congress instead of seeking another term in Sacramento.

First elected to the City Council in 2014, Soria will be termed out in January 2023. She ran unsuccessfully for Congress in 2020, going up against incumbent and fellow Democrat Jim Costa. She did not advance beyond the primary.

Recalling advice from her mother, Soria talked about why she wants to continue in public office.

“I do believe that there is definitely a calling. Much was given to me in the opportunity to get a great education,” Soria said. “I’ve reached that, what I would think the American Dream, which is what my parents wanted when they came to this country. And that American Dream seems much further away for many families in today’s age because of what we’re experiencing.”

Can Remain on Council During Campaign

Running in AD 27 will allow Soria to remain on the Fresno City Council, as she would not have to leave her District 1 area to run, but she will have to change her residence. Soria does not currently live within the newly-drawn Assembly district, but there is an overlap with her City Council district. A candidate has to be registered to vote within the district boundaries of the office they hold or are seeking.

“Actually, we’ve been kind of working that in the last couple of days. I’m only moving a few neighborhoods in, but in no time we will be in the district,” Soria said.

Political watchers and GV Wire linked the termed-out Soria to a more Fresno-centered Assembly post or even Senate District 16. She was scheduled to speak to a Democratic group in Tulare County on Thursday evening to talk about SD 16, but she did not appear. Running for the state Senate seat would have required Soria to give up her council seat early.

Last month, Fresno City Attorney Douglas Sloan issued a memo regarding Soria’s marriage to Fresno developer Terance Frazier and how it impacts her votes on the council.

Soria has long recused herself from voting on items connected to Frazier. Sloan’s memo advised her to continue the practice. However, Sloan also mentioned that technically, Soria’s marriage was not official since it was not registered in Mexico (where a ceremony took place last November) or in California.

“I think that the memo was clear in terms of where the city and the council members were at in my continuous not voting and recusing myself. And that’s what the memo said, and I will continue to do that until I finish my term in the city of Fresno with the advice of the attorneys,” Soria said.

“No, nothing has been filed at the moment,” Soria said.

There could be legal implications regarding future votes regarding Frazier. A legal expert told GV Wire a legal marriage could mean that the City Council as a whole would be precluded from voting on matters involving Frazier, regardless of Soria’s recusals.

Soria did not want to discuss her marriage any further.

Soria said affordable housing, public safety and the economy are her key issues.

“I was born in a small rural community and come from farmworkers, immigrants, and so I truly understand personally the issues that not just urban families are experiencing, but rural families also continue to experience,” Soria said.

Soria said her parents are currently in Mexico because of more affordable health care services.

“We need to fix those things. And the only way that we’re going to fix those things, not just for my family but for families across the Valley, is to be at the table, to be in Sacramento, making sure that the policies that are being passed do not impact negatively but actually uplift our working families in the Valley,” Soria said.

Soria also rolled out more than 50 endorsements from current and former elected leaders from the three-county area. She says their support will help improve her name recognition in Madera and Merced.