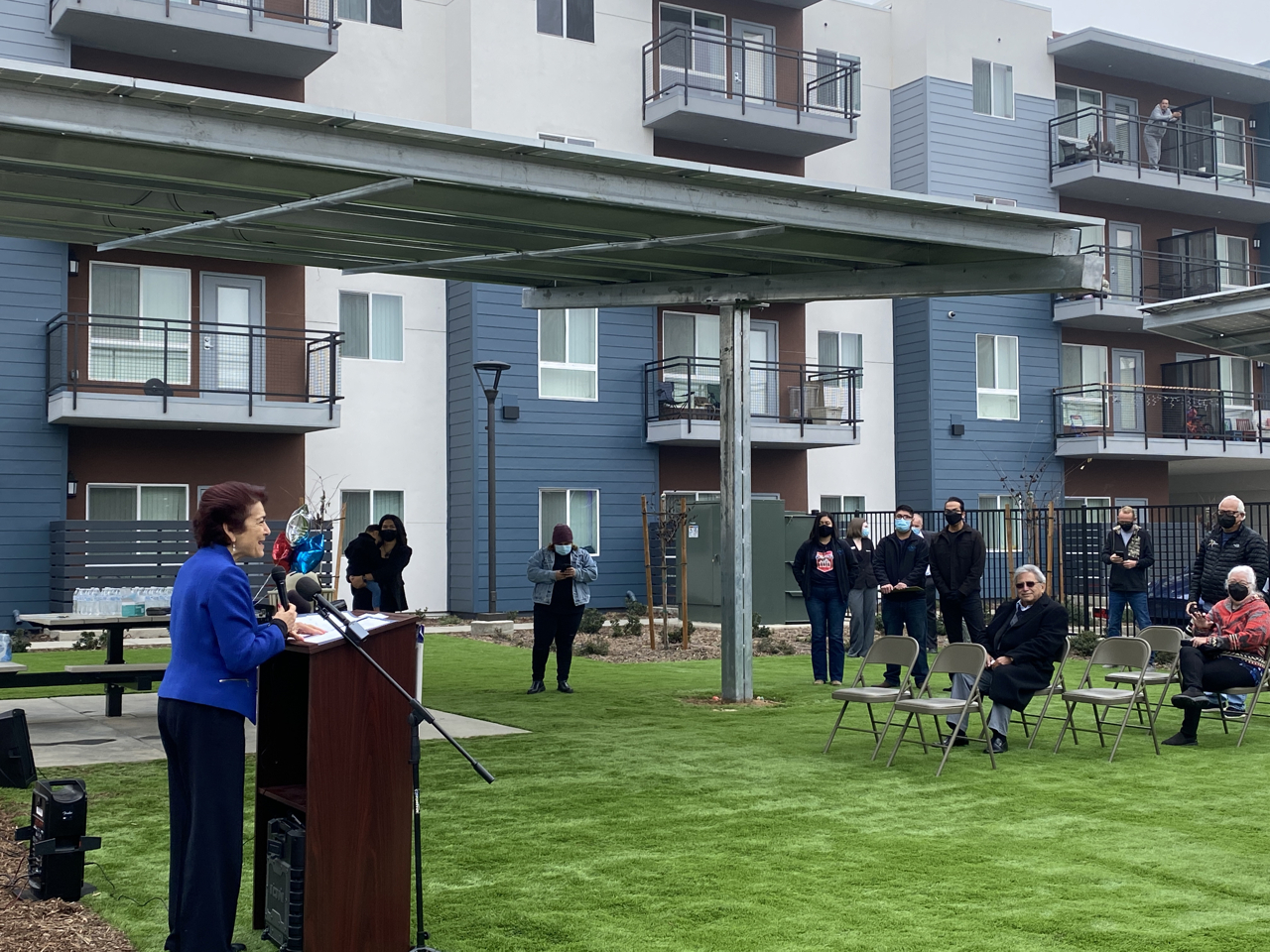 An onlooker watches as Anna Caballero talks to supporters at The Link housing development in Fresno. (GV Wire/David Taub)
Share with friends

Caballero made her endorsement announcement at a morning news conference at the Link, a new mixed-use housing project near Fresno City College.

“I’m running because the Central Valley desperately needs bold, aggressive and engaged leadership. Someone who listens, someone who can build consensus and someone who delivers — and the delivered part is really important,” Caballero said during her speech, perhaps attempting to differentiate herself from her top election competitor in the Senate District 14 race.

Because of redistricting, both Caballero and Hurtado are facing off in the same district. However, Caballero had to change her voter registration from Salinas to Merced to live within the new SD 14 boundaries. Caballero currently represents parts of Merced, Madera and Fresno counties as part of SD 12.

Asked what makes her the better candidate, Caballero simply answered, “I have the experience and I can deliver. That’s the easiest answer.”

The liberal wing of the Fresno City Council cast their lot with Caballero — Miguel Arias, Nelson Esparza, Tyler Maxwell and Esmeralda Soria. They all communicated a similar theme, that Caballero is a fighter and strong on issues like affordable housing.

For Esparza and Maxwell, it is an about-face. Both endorsed Hurtado during her 2018 Senate run. They both downplayed their change.

“We’re not here to talk about any other senator or opponent. Today was all about (Caballero). And again, taking a look at her long record … I believe that she’s going to be an extremely effective representative for the city of Fresno,” Esparza said.

“This is a brand new district. When I look at the new lines, I think about who could deliver the best for those families that are living in the new lines. And I’ve had the pleasure of knowing the senator for quite a few years now, and I know what her passions are. I know what her record is and the kinds of legislation she’s been delivering for the Valley is what families like mine in District 4 would really benefit from it,” Maxwell said.

Other notable names on hand for the event — Fresno County Democratic Party chairman Ruben Zarate, Kingsburg Councilwoman Jewel Hurtado (no relation to Melissa Hurtado) and former Assemblyman Juan Arambula. Zarate said he remains neutral and the party was not making any endorsement by his appearance. 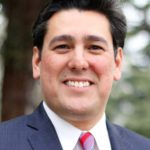 Fresno County prosecutor Andrew Janz said he is not running for Congress. Phil Arballo said he will run in Congressional District 13.

Janz and Arballo have much in common — they both ran and lost to Devin Nunes for Congress in 2018 and 2020 respectively. They both campaigned and endorsed each other.

And, Arballo worked for Janz’s political action committee, the Voter Protection Project. The most recent VPP filing through June 30, 2021, showed Arballo earning a shade under $24,000 in salary from VPP for the first half of 2021.

“I know there’s been a lot of speculation about me seeking office again and I appreciate my supporters encouraging me to run. However, my focus at this time is being a good father and husband and continuing to seek justice for sexual assault victims as a prosecutor in the District Attorney’s Office,” Janz said.

Arballo, D-Fresno, will run in CD 13 which includes in part western Fresno County, Madera and Merced.

“For too long, the Central Valley has been poorly represented by career politicians with connections to special interest groups and who put the people second, which is why I’ve never taken a dime of corporate PAC money,” said Arballo in a news release. “It’s time for a change in leadership. We need a representative in Congress who understands what it’s like living paycheck to paycheck. We need someone who will fight for clean air and clean water, greater access to quality health care, and a strong economy that includes lower housing costs and gives hardworking people the opportunity to succeed.”

Fresno Canna Co. received 6-0 approval of its conditional use permit for a cannabis store from the District 1 Project Review Committee. It is the first step for the social equity marijuana retailer to open.

During the presentation, the owners highlighted their store’s security plan which includes bollards, panic buttons and an on-site safe among other items. A roll-down door be installed to provide extra security when the store is closed.

Fresno Canna Co. still needs approvals from the city’s Planning Commission and possibly the City Council in case of an appeal.