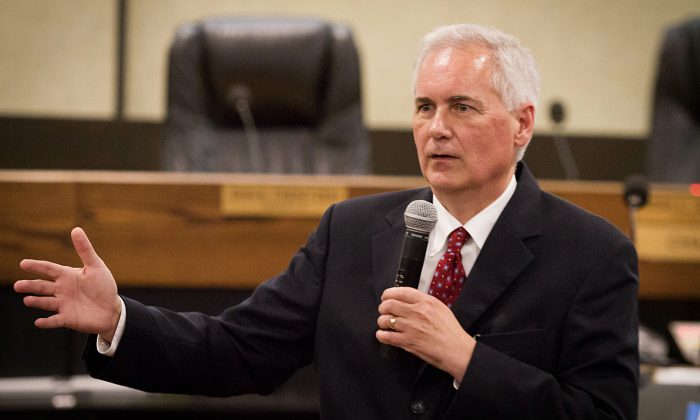 Rep. Tom McClintock, R-Elk Grove, has yet to return to Washington for the new session, which started on Jan. 10.

“The Congressman is mourning the death of his wife of 34 years. He will be back in D.C. soon,” his spokeswoman Jennifer Cressy said.

Lori McClintock passed away unexpectedly on Dec. 15 at the age of 61.

The congressman has missed the first 11 votes, the Clerk of the House of Representatives reports through Jan. 19.

First elected in 2008, McClintock said he will run for an eighth term in the newly redrawn Congressional District 5. The district includes northwest Fresno, stretching north and east to include an eight-county region in California.

The future of the Tower Theatre remains on hold after an appeal court on Wednesday sided with the brewery that is trying to prevent the sale to a church.

A three-judge panel with the Fresno-based Fifth District Court of Appeal reversed a Fresno Superior Court decision to remove a document called a lis pendens that effectively prevents a sale.

Sequoia Brewing Company filed suit in 2021 after the owners of the iconic Tower District landmark attempted to sell the theater and adjacent property to Adventure Church. The brewpub is a tenant.

Sequoia Brewing said it had the right of first refusal to buy the property and the Tower Theatre owners breached the lease.

The Appeal court found that Tower Theatre was not playing fair when it came to revealing a sale price.

“For months TTP (Tower Theatre Properties) did not disclose to J&A (parent company of Sequoia Brewing Company) it was in escrow to sell the Tower Theatre parcel to Adventure Church. Even after J&A became aware of a sale, TTP refused to provide the purchase agreement or the amount of the third party offer, overstated the sales price, and only set unilateral terms of the sale of the brewery premises,” the court opinion said.

This is the second time a Fresno County Superior Court judge has ordered the lis pendens (literally “notice of pendency of action”) expunged and the second time the Appeal court reversed.

Trial Set for Next Year

Any sale of the theater may be in limbo until a trial determines the merits of Sequoia Brewing’s breach of contract suit. That is scheduled for February 2023.

“Unless we can reach a resolution we will all have to continue to litigate to enforce our rights. Ultimately at trial, the judge will set the value of the premises, and Landlord will be responsible for all of our attorneys fees and costs,” Sequoia Brewing attorney Kimberly Mayhew said.

The church has been also been a Tower Theatre tenant, holding services in the theater for years. Protesters, unhappy with a church and its perceived views on LGBT issues as a neighbor, have demonstrated every Sunday morning since January 2021.

The theater nor Adventure Church replied to GV Wire’s request for comment. 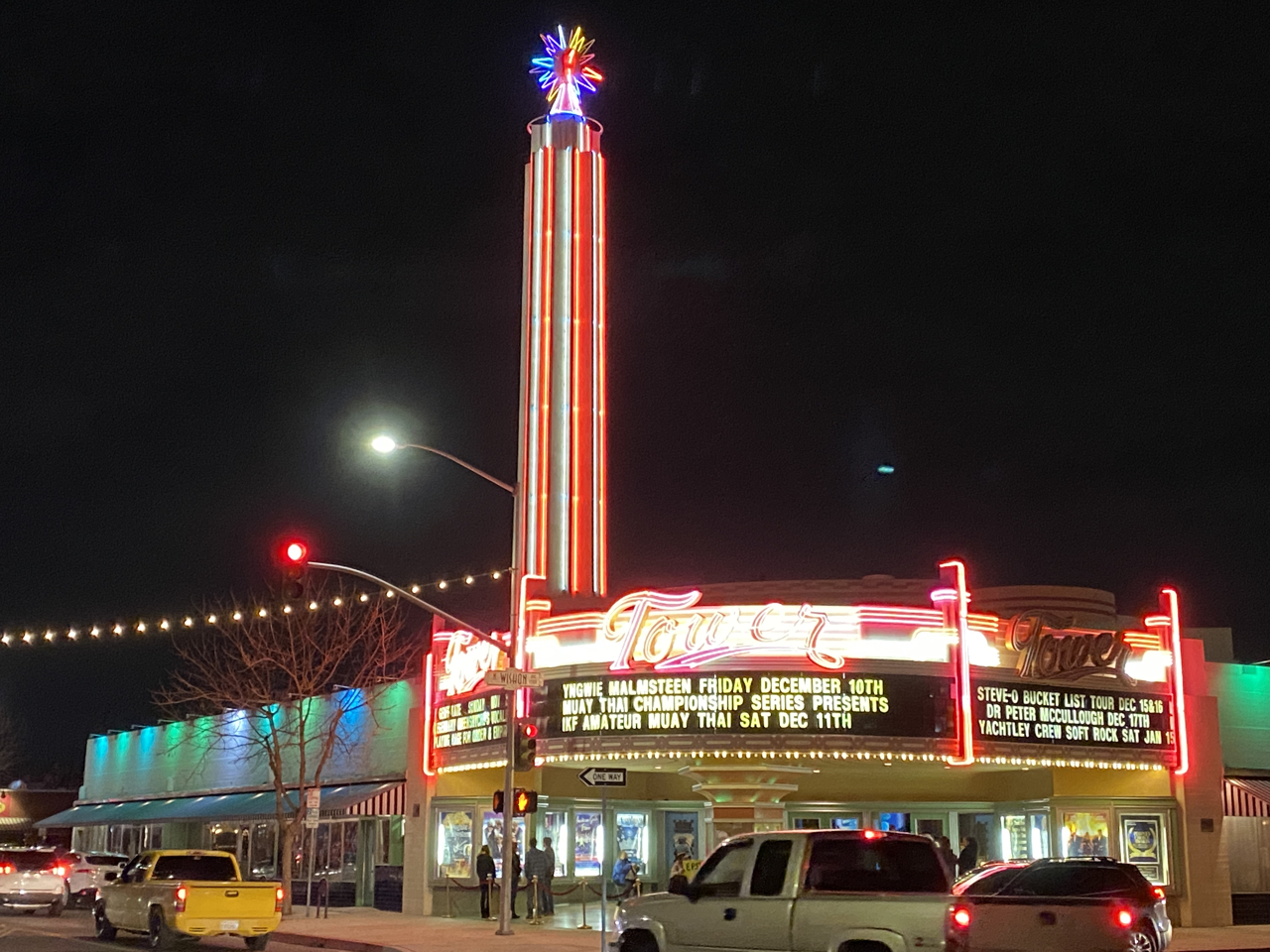 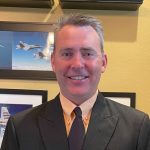 Matthew Stoll, owner of Visalia Landscape and Tree, is giving politics a try. The newbie pulled out paperwork to run for the special congressional election to fill the term of Devin Nunes.

Stoll, a Republican, said he has plenty of reasons to run.

“Lots of things, the Valley, the need for the Valley. Devin Nunes’ retirement, a longtime pursuit of being (in) the congressional races in the political field after my naval service and knowing a lot about the business community and love in our country,” Stoll said.

Water is his top issue.

Nunes resigned on Jan. 1 to head former President Donald Trump’s media company. A special election primary for Congressional District 22 — which includes parts of Fresno, Clovis, and Visalia — takes place on April 5. If no candidate receives a majority of the votes, the top two will advance to a June 7 runoff.

After a 90-minute discussion, the Clovis City Council voted 5-0 to keep a contract with an engineering firm to design and build a pedestrian bridge.

The city council debated whether to cut the $1.2 million contract with Biggs Cardosa Associates and pay back some federal grant money that helped fund the process thus far or move ahead to the next phase of the project that will cost millions to build.

The bridge is planned east of Clovis Community Medical Center and would link hiking and biking trails across Highway 168. BCA has completed 45% of phase one and offered the city four different design options. The city’s initial estimates pegged the cost at $7 million to build the bridge. The most affordable model presented, a standard box girder bridge, would cost $10.7 million.

The council figured it is better to move ahead with the project, as it may be even costlier to start from scratch in the future.

Options to build a pedestrian bridge in Clovis. (Image: City of Clovis).

Newsom Re-Appoints Pacheco-Werner to Air Board

Gov. Gavin Newsom appointed Tania Pacheco-Werner of Sanger for a second term on the San Joaquin Valley Air Pollution Control District. Serving since 2020, Pacheco-Werner is one of two picks by the governor on the 15 member board.

Pacheco-Werner is also the co-director of the  Central Valley Health Policy Institute at Fresno State.