Will Rodgers Ever Beat the 49ers in a Playoff Game? 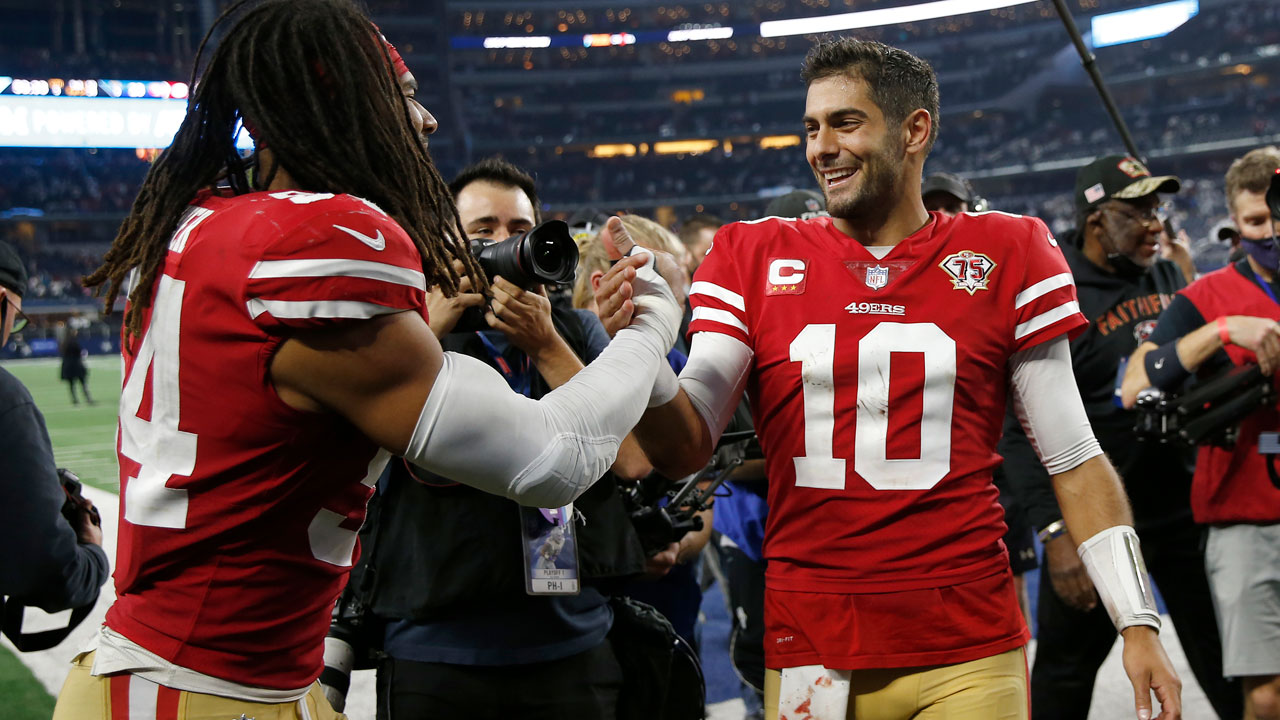 SANTA CLARA — Aaron Rodgers memorably vowed after his 2005 draft day snub that the San Francisco 49ers would be more disappointed for passing him up at No. 1 than he would be at sliding to No. 24.

While that proclamation has been true for most of the past decade-plus, Rodgers has been the one dealing with disappointment in the playoffs with three losses.

Rodgers gets his fourth playoff shot against the Niners on Saturday night in a reprise of one of the game’s great rivalries that dates to Steve Young and Brett Favre battling in the 1990s, Terrell Owens making his most memorable catch, and Colin Kaepernick announcing himself to the football world.

“I did watch this rivalry growing up,” Rodgers said Tuesday. “This is one of those rivalries up there with Dallas and San Fran on the NFC side and all of our divisional rivalries, obviously us and Chicago, that’s pretty special to the league.” 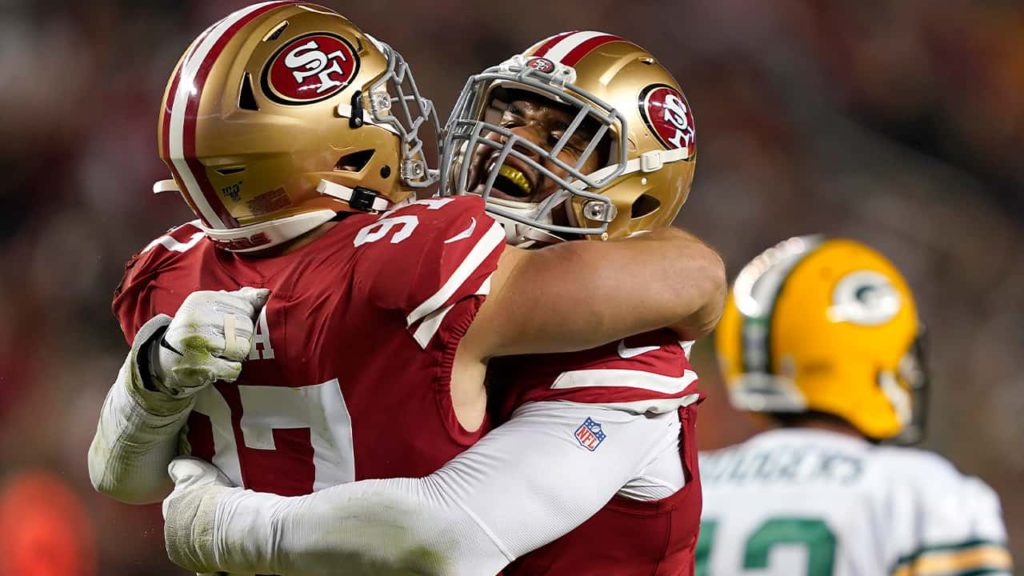 49ers and Packers Are Interlocked

Few franchises have been as intertwined over the last three decades as the Packers and 49ers, with coaches getting groomed in one spot and ending up in the other, eight previous playoff meetings, and the draft decision that sent Rodgers packing for Green Bay instead of staying close to home and reviving the 49ers.

The teams that have combined for nine Super Bowl titles will meet with a spot in NFC championship game on the line at Lambeau Field.

“It’s pretty cool,” 49ers coach Kyle Shanahan said. “Anytime you can go play there in the winter, I would prefer not to, to tell you the truth. It’s a little bit cold for me, but, I’ll be dressed warm. I don’t have to play, so I can load up with a bunch of layers. Just to be there in that atmosphere though is real cool.”

This will be the ninth all-time playoff meeting between the franchises, tying the Cowboys and Rams for the most postseason matchups between two teams in NFL history.

The teams have split the previous eight meetings, with the Packers going 4-1 with Brett Favre at quarterback and losing all three meetings with Rodgers as starter. No quarterback in the Super Bowl era has ever lost four times to one opponent.

“No extra motivation,” Rodgers said. “It’s just I’ve been around, played a lot of football, I understand the history of this rivalry, the history of us against them. But these are two different teams.”

Here’s a look back at the rivalry:

Changing of the Guard

The Niners had been the NFL’s dominant franchise with five Super Bowl titles in 14 seasons when they ran into the Packers in the divisional round of the 1995 playoffs.

Coach Mike Holmgren had left his job as offensive coordinator in San Francisco to take over the Packers in 1992. The man who tutored Young in both college and the pros set out to groom the untested Favre, who was acquired in a trade from Atlanta that same year.

With Favre and Holmgren at the helm, along with free agent acquisition Reggie White, the Packers surpassed the Niners in that meeting at Candlestick Park on Jan. 6, 1996.

Adam Walker fumbled on San Francisco’s first play from scrimmage and Craig Newsome returned it for a TD and Favre followed with two quick touchdown passes as Green Bay rolled to a 27-17 win. The Packers lost the following week against Dallas but soon established themselves as the NFC’s dominant team.

The teams met again the following year when Howard returned a punt 71 yards for a TD after San Francisco’s opening possession. Young was knocked out later in the first quarter with an injury and the Packers won 35-14 on the way to a Super Bowl title.

“There was a time that you could just say, ‘Hey, no matter, the 49ers are a better team than Green Bay,’” Packers defensive end Sean Jones said after that game. “There was a time where they could make mistakes, and still not play their best and you knew and they knew they were going to win. Well, those days are over.”

The Packers’ dominance of the series led to George Seifert resigning as coach and former Packers assistant Steve Mariucci taking over.

Green Bay won the first playoff matchup 23-10 against Mariucci the following year as the frustration mounted in San Francisco.

“It’s getting pretty obvious,” Young said at the time. “We have to find a way to beat the Packers. They are the team standing in the way of all our progress.”

The Niners finally had a breakthrough the following year thanks to one of the most memorable plays of the series in San Francisco’s only playoff win over Favre.

On Jan. 3, 1999, Owens lost a fumble and dropped a potential TD pass early before delivering late.

With 8 seconds left and the Niners trailing by four, Young stumbled dropping back from center and then threaded a 25-yard pass between a phalanx of Packers to Owens, who somehow managed to hold onto it despite being hit by two defenders.

Favre won his final playoff meeting against the Niners three years later and the rivalry then took a hiatus.

The teams didn’t meet again in the postseason until the 2012 season when Rodgers got a shot to against the team that famously passed him up for Alex Smith in the 2005 draft.

Colin Kaepernick had replaced Smith as starter late that season and established himself as a phenomenon when he ran for a quarterback-record 181 yards and two scores and threw for 263 yards and two TDs in a 45-31 San Francisco win.

“I didn’t know how fast he was,” Green Bay defensive back Charles Woodson said after the game. “Coming in I really never paid attention to it. But he is fast.

Kaepernick braved the cold of Green Bay the following year and played without long sleeves or gloves. He led a late-winning drive that knocked the Packers out again.

“It was unbelievable, the way he was getting the edge. I mean, just clutch,” coach Jim Harbaugh said at the time. “Colin Kaepernick, I think we can all agree, is a clutch performer.”

The most recent playoff meeting came in the 2019 season when the teams met at Levi’s Stadium in the NFC title game and the Niners once again ended Rodgers’ season.

This time it was behind the running of Raheem Mostert, who became the first player ever to run for at least 200 yards and four TDs in a playoff game when he finished with 22 yards on the ground in a 37-20 win.

“The lanes that we saw and the way he was running we just wanted to keep feeding him,” Shanahan said. “I know he was feeling it. That wasn’t too hard to see.”

California Will Pay ‘Dreamers’ and Others $10K to Attend College, Do Public Service