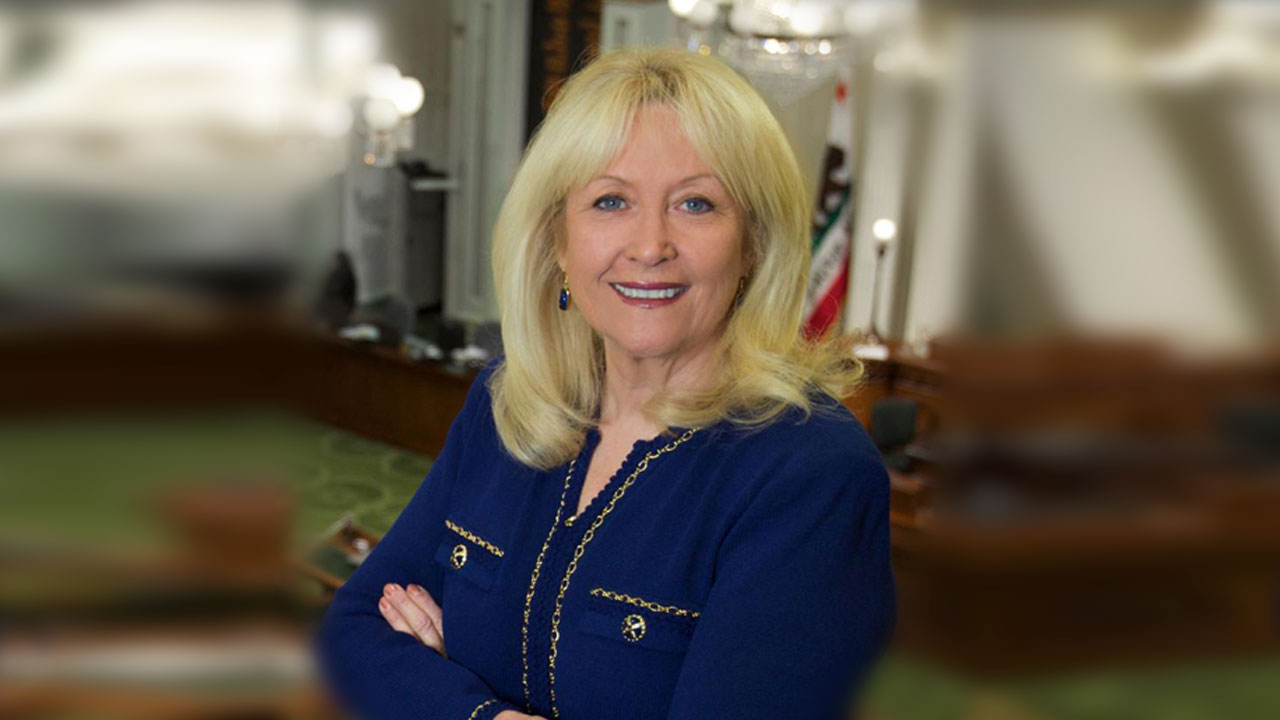 Connie Conway, the former Republican leader in the Assembly, has filed to run for the congressional seat vacated by Devin Nunes.

“I felt compelled at the urging of many friends to jump into the race. I love where I live. Congressman Nunes’ district has been my heart and my home for a long time. I would love to be able to finish the term for the congressman with stability, with dignity, and my full focus of attention until the very last day,” Conway said.

Conway said she will just run for the short-term seat.

“I sometimes wish that we could have civil conversations (with the other side of the aisle) about places of interest rather than fights. But I’m a solid vote for the district. Solid vote for the leader (Minority Leader Kevin McCarthy of Bakersfield) and what’s important to him. And I believe that I am best suited to finish out this term,” Conway said.

Voters in the 22nd Congressional District will decide April 5 who will fill the remainder of the term through Jan. 3, 2023. Nunes resigned on Jan. 1 to head former President Donald Trump’s media and technology firm.

Conway, now living in Tulare, represented the South Valley in Sacramento from 2008-2014, where she served as Minority Leader. She recently held a post in the Trump administration as the USDA State Executive Director, Farm Service Agency. She also runs her own consulting firm.

Magsig Has the Head Start

Fresno County Supervisors Nathan Magsig, R-Clovis, seemingly has the head start on the special election. He announced raising $142,000 in three weeks in December. He also rolled out endorsements from Tulare County Sheriff Mike Boudreaux and three members of the Tulare County Board of Supervisors.

That doesn’t matter to Conway.

“They’re frantically been calling me to apologize. But that’s OK. It doesn’t matter. I need the support of what I call my one and only special interest group, the taxpaying citizens of the district,” Conway said.

Others considering running include:

The special election, which will be conducted under the existing CD 22 lines, has 62% of the voters registered in Fresno County, with 38% in Tulare County, the most recent state Report of Registration shows.

Fresno City Councilwoman Esmeralda Soria has evaded answering the question about her 2022 political prospects. She is terming out of her city council seat, and rumors abound about if she will appear on the June 7 ballot for another political office.

Sources told GV Wire that Soria is exploring a run in Senate District 16, which covers parts of Fresno, Kings, Tulare, and Kern counties. Such consideration would require Soria to move and resign from her city council seat early. 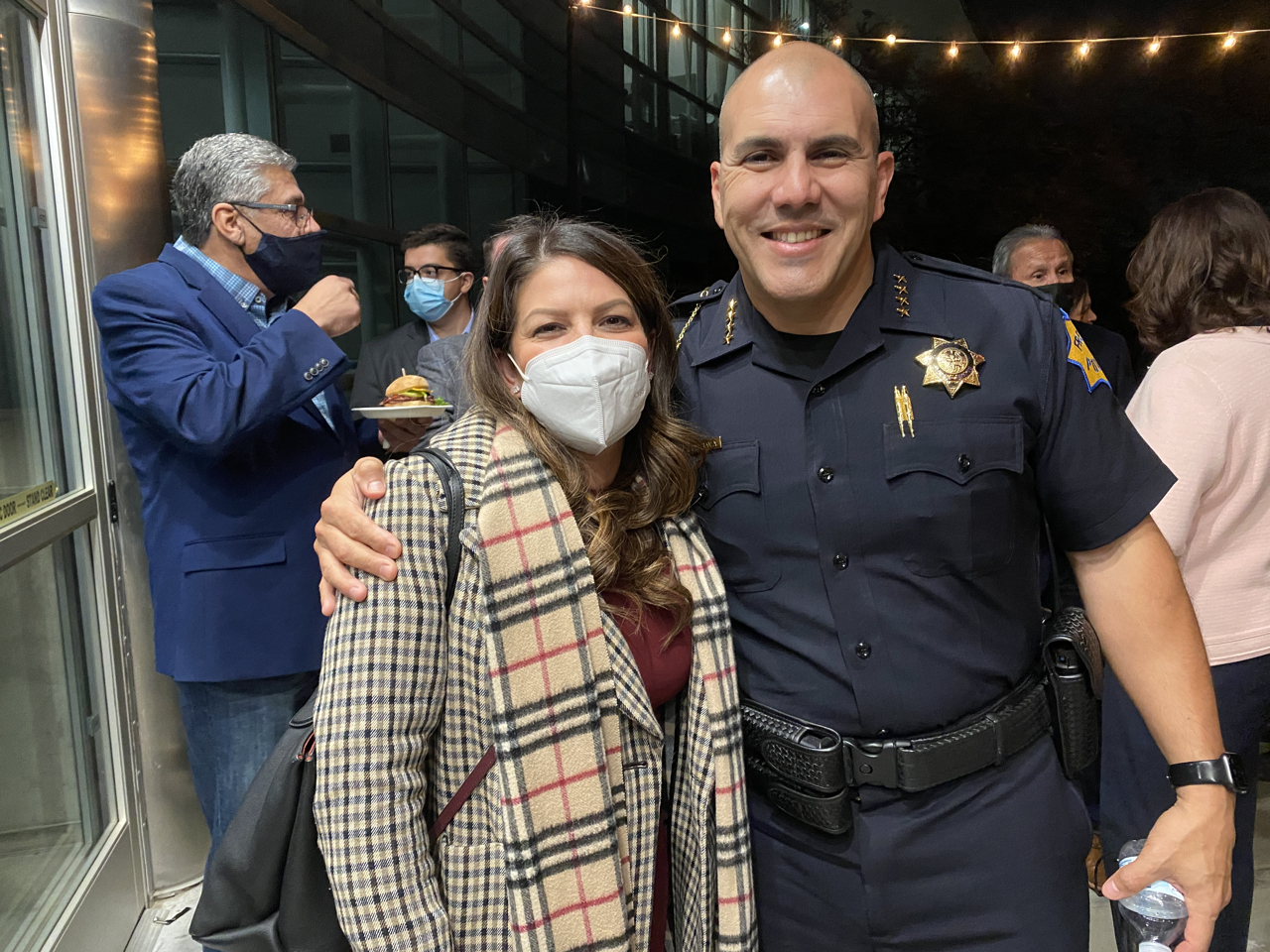 On the agenda for the Jan. 20 Tulare County Democratic Central Committee, Soria is listed as a guest speaker. She is identified as an SD 16 candidate. Also scheduled to appear are other candidates in the race — civil rights attorney Robert Fuentes of Porterville; and former Assemblywoman Nicole Parra of Bakersfield.

If Soria leaves, the city council has the option to call for a special election or — because she is in the last year of her term — appoint someone to the office for the remainder of the term.

Timing is key in the first option. If Soria leaves and the city council calls for a special election by March 9, it can consolidate with the existing June 7 election. That would save thousands of dollars.

An appointment can be tricky, with candidates already campaigning for the full-term seat which starts next January. 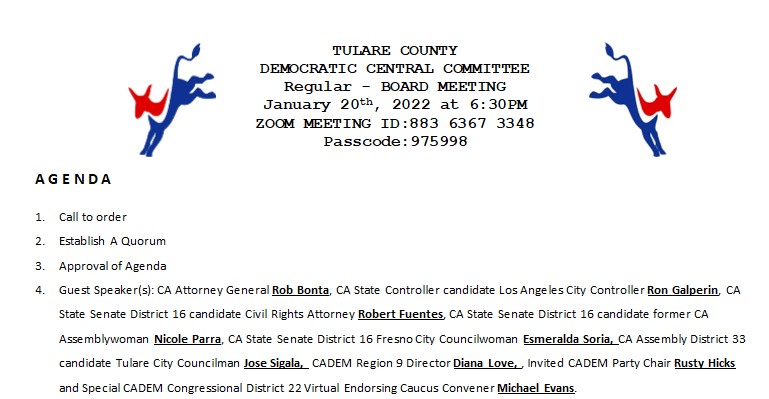 (Correction: Michael Maher’s name was misspelled in the original version of this story.)