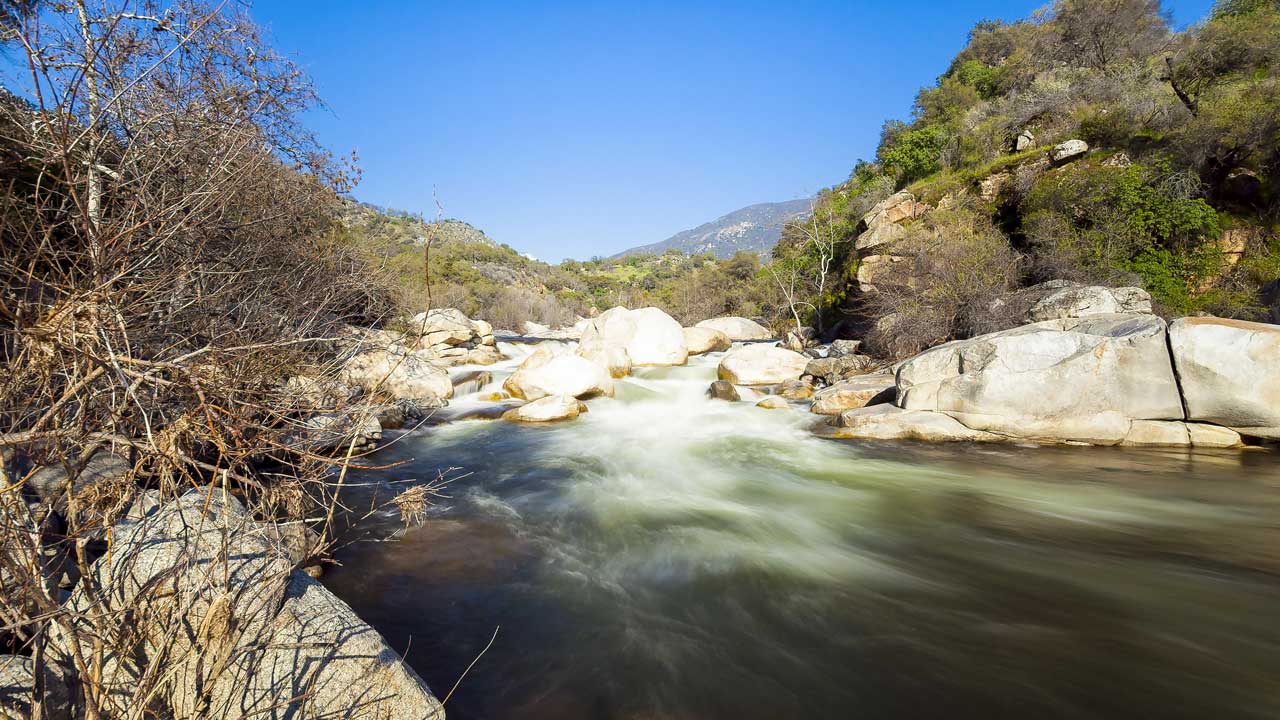 The Kaweah River recharges the aquifer, which supplies drinking water, and flows into Lake Kaweah for irrigation water. (Shutterstock)
Share with friends

Tulare County farmers used to pumping groundwater at will are coming to the harsh reality that those days are numbered.

For some, they’re already over.

Pumping caps have been, or soon will be, implemented in all three groundwater sustainability agencies in the Kaweah subbasin.

“I’d say the reaction has been positive. Positively terrible,” said Mike Hagman, director of the East Kaweah Groundwater Sustainability Agency. “Overall, it’s been ‘Man, oh mighty, this is going to be a killer.’ ”

That disparity has created its own strife among farmers, some of whom feel restrictions should be spread equally, as SJV Water reported in a video posted earlier this week.

First Subbasin to Limit Groundwater Use

Kaweah will be the first entire subbasin to limit how much groundwater farmers can use and it will be across the board, regardless of how much surface water some growers may receive.

Eventually, the goal is to get groundwater use across the basin down to about .85 acre-feet per acre.

But each groundwater agency is setting its own caps and following its own timeline, which has led to some finger-pointing.

These Farmers Are Feeling the Bite

Farmers in the East Kaweah groundwater agency are feeling the bite soonest and deepest.

That agency set annual groundwater caps at 1.65 acre-feet per acre and did so retroactive to October 1, 2021, according to an “urgent policy notice.” Growers will pay $500 per acre-foot for every acre-foot over that cap. Included in the 1.65 acre-foot allotment are two temporary amounts that will go away by 2035, or much sooner, bringing the eventual groundwater use cap down to .85 acre-feet per acre, according to East Kaweah’s Hagman.

The Mid Kaweah GSA is proposing its growers be limited initially to 2.5 acre-feet per acre. That will go into effect in March or April, said Aaron Fukuda, director of Mid-Kaweah. There will also be a penalty of $500 per acre-foot over the cap as well as a commensurate loss of allocation in the following year.

“It’s still a proposal but we’re working on an emergency ordinance in response to current groundwater depths,” Fukuda said. Groundwater in the region dropped significantly during the drought.

Meanwhile, the Greater Kaweah GSA likely won’t implement its groundwater cap until October 2022, said Director Eric Osterling. Greater Kaweah’s proposed cap could be 2.5 to 3 acre-feet per acre, some of which would be a temporary allocation ratcheted down over time. Similar to Mid Kaweah, it is also considering a $500-per-acre-foot penalty and allocation loss in the following year for growers who go over the cap.

“A lot of people aren’t happy about that,” East Kaweah’s Hagman said “I know the other GSAs are working at this, but their condition isn’t as grim as ours.”

The East Kaweah GSA is tucked up against the foothills of the Sierra Nevada mountain range and its soil is much thinner, meaning the area has less groundwater storage capability, Hagman said.

Even at 1.65 acre-feet per acre, he said, that will be too great a pull on the area’s groundwater.

“It’s going down,” he said of groundwater levels, which are rapidly headed to what’s known as the “minimum threshold” level under the Sustainable Groundwater Management Act. Those thresholds are supposed to be set high enough to protect shallower drinking water wells in the area.

Greater Kaweah’s Osterling said he understands concerns that his GSA isn’t being strict enough or moving fast enough on groundwater use caps, but said Greater Kaweah also has a much larger percentage of “white lands,” or lands outside of surface supply irrigation districts. White land farmers rely almost exclusively on groundwater. Both East and Mid Kaweah GSAs include large irrigation districts that get water from the Friant Division of the Central Valley Project.

“It is a contentious issue,” Osterling said. “The drought has accelerated things but we’re progressing the way we need to, with input from growers and bringing them into the process instead of springing a final proposal on them.”