Nunes Talks About His Trump CEO Job, Won't Endorse in Race for Successor 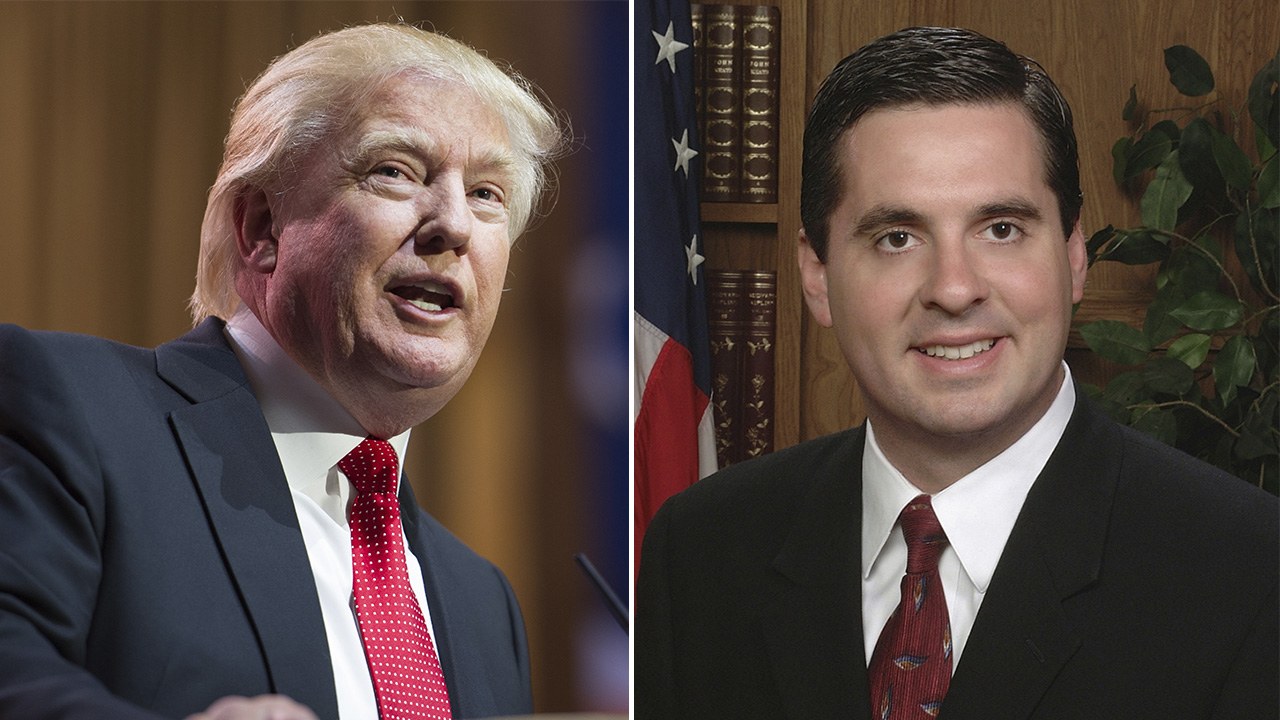 Even though he is no longer a member, Devin Nunes says Congress is dysfunctional. In addition, he continues to complain about “fake news” and the state of social media.

Nunes gave his first post-resignation interview to Ray Appleton of KMJ radio (580 AM/105.9 FM) on Thursday. He called in from Florida and took calls during the hour-long appearance.

He left his longtime seat to become CEO of former President Donald Trump’s new media and technology company based in Palm Beach, Florida. He said that heading a tech firm is a bigger challenge than serving in Congress.

“I really see this as really continuing a public service, right? It’s not in politics, but this is really needed,” Nunes said. “This is not going to be an easy battle, and none of this will be … but this just has to be done. Failure is really not an option here for the same reasons … so many things need to be changed in this country. And, if you can’t communicate with one another, how do you ever make change in this country?”

A special election primary takes place on April 5 to fill the vacancy. Nunes said he is not endorsing any of the candidates to fill the seat.

“It’s best that I just stay out,” Nunes said. “There is no reason for me to engage in politics. May the best person win.”

When a caller asked about the Jan. 6, 2021, U.S. Capitol riot, Nunes said the building is the people’s house.

“It is the right of people to be in the people’s house. It is the right people have to protest their government or protest whatever they would like. In my time in Washington, there wasn’t a day that went by that there wasn’t somebody out protesting.

“The challenge is, though, that it is not OK to riot … why don’t we focus on the people that broke the windows and did all those things? And, it seems like unfortunately, that’s just turned into some kind of, sadly, just a political issue. Like a lot of things in Washington,” Nunes said.

He called for rioters to be prosecuted.

Nunes expects that some people are skeptical of his move to the private sector.

“I’m kind of used to it and kind of enjoy the fight … and look forward to take on this big fight. It’s not going to be easy. But I believe that it can be done,” Nunes said.

Nunes spent most of his time talking about the need for a social media platform that allows conservative expression. He expects the launch of the social media platform, called Truth Social, by the end of the first quarter. He said content creators would be welcome, if their product wasn’t “woke enough” for places like Facebook.

Most of the callers praised Nunes, and he was rarely challenged on an issue.

The interview can be found here.

An April 5 special election primary will be held to fill the vacancy in parts of Fresno and Tulare counties. If no candidate receives a majority, the top two will advance to a June 7 run-off.

Fresno County Clerk James Kus estimates the April 5 election will cost up to $650,000, with another $50,000 if there is a June 7 runoff. Tulare County Registrar of Voters Michelle Baldwin estimates the cost for her county at $600,000.

Nunes has yet to report his fourth-quarter 2021 fundraising totals. He reported raising $3.3 million for the cycle through Sept. 30. He was not asked by Appleton or callers about what he will do with his remaining campaign war chest.

Valadao Will Run in New 22

Congressman David Valadao, R-Hanford, announced he will run for re-election in the 22nd District. While some of the lines will change from his current CD 21, both districts cover Kings, Tulare, and Kern counties.

“I’ll continue to be an independent member of Congress who will stand up to the divisive partisanship in Washington, D.C., get things done to grow our local economy, and deliver more water for our farmers and communities. I’m excited to earn the vote of old friends as well as new voters across Kern, Kings, and Tulare counties,” Valadao said in a news release. 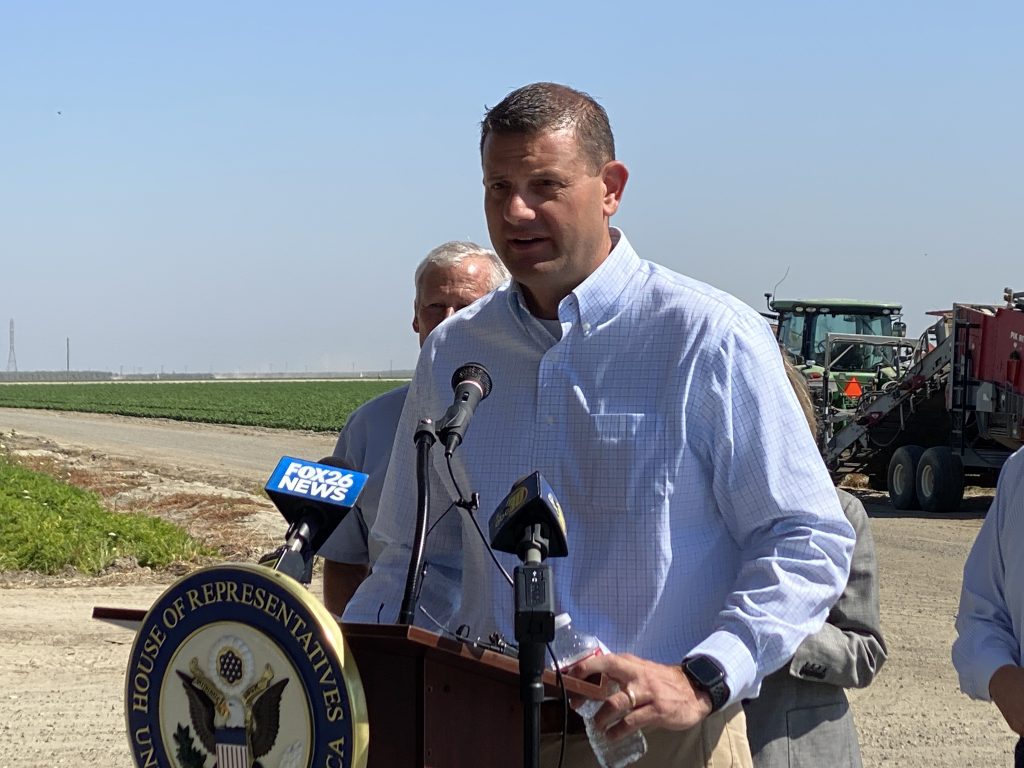 Congressman David Valadao (R-Hanford), who represents the 21st District, is switching to District 22 for his 2022 re-election bid. (GV Wire File). Below, a look how the old CD 21 and new CD 22 compare. (GV Wire Composite/Paul Marshall) 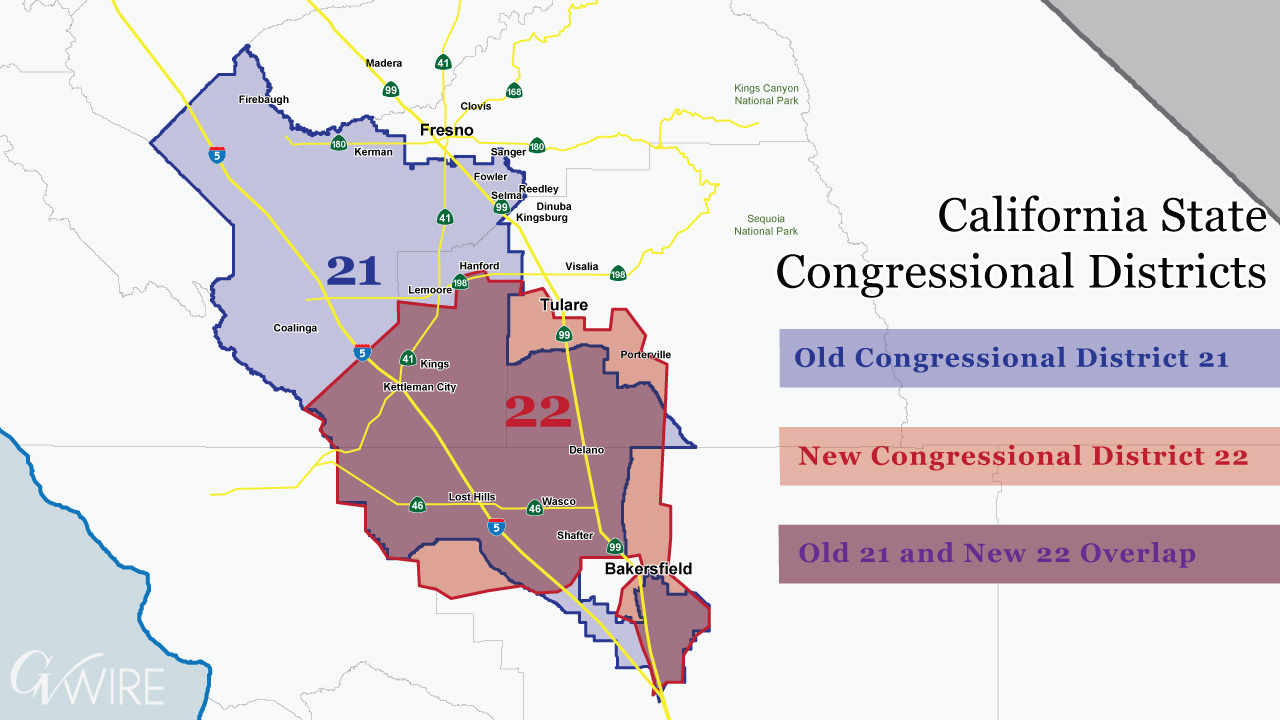 The period covers the fourth quarter of 2021. Magsig announced a run on Dec. 8 for the seat vacated by Nunes.

“I am so grateful to my neighbors, friends, and supporters who stepped up to the plate to help me launch this campaign,” Magsig said in a news release. “We’re not resting on our laurels … we’re just getting started.”

Other candidates for the April 5 special election primary have not reported figures.

Magsig has not announced what district he would run in for a full-term seat in Congress.

Other congressional candidates are announcing their cash grabs ahead of the Federal Election Commission releasing figures.

House Minority Leader Kevin McCarthy, R-Bakersfield, raised $11.75 million in the fourth quarter of 2021, and $72.4 million for the 2021-22 cycle. Those figures are huge, and they should be, as McCarthy is the top dog in the Republican party. He transferred $25 million to the National Republican Congressional Committee.

McCarthy will run in CD 20, which runs from Bakersfield in the south and will include Clovis and east Fresno. 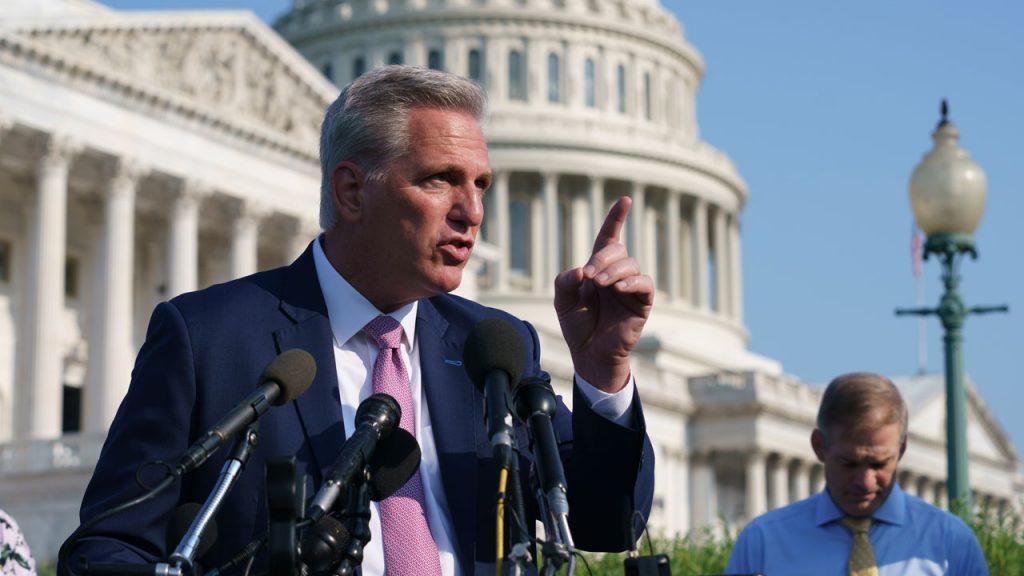 Rep. Josh Harder, D-Turlock, announced he is running for re-election in newly-drawn District 13 — which includes all of Merced County, and portions of Fresno, Madera, San Joaquin, and Stanislaus counties.

David Giglio, R-Madera, who entered the campaign last year to run against Jim Costa, will run in CD 13 instead.

“Josh Harder is wrong for the Central Valley. He is a radical progressive who votes in lock-step with socialists like Alexandria Ocasio-Cortez and takes marching orders from Nancy Pelosi,” Giglio said in his campaign announcement.

Adam Gray, the Democratic assemblyman from Merced, is still deciding whether to run for re-election or for Congress, his campaign said.

Others who have filed include Angelina Sigala, D-Modesto.

Luis Chavez is focused on running for a third term for Fresno City Council.

“I’m going to run for re-election as the City Council for District 5,” Chavez told Politics 101.

Although members are limited to two terms, Chavez is allowed to run for a third, since he first ran for a partial term in a 2016 special election.

He previously flirted with the idea of running for Congress or Assembly.

“I think that conversation has come and gone. I’m going to focus on representing the southeast part of the city like I’ve done for the last 10 years and as a school board member, as a council member. And I’m very proud of all of the support that we’ve garnered from the community. And I expect those same folks that will be supporting me this time around,” Chavez said.

No other candidate has filed paperwork to run in District 5.

Related Topics:2022 electionDevin Nunes
Up Next