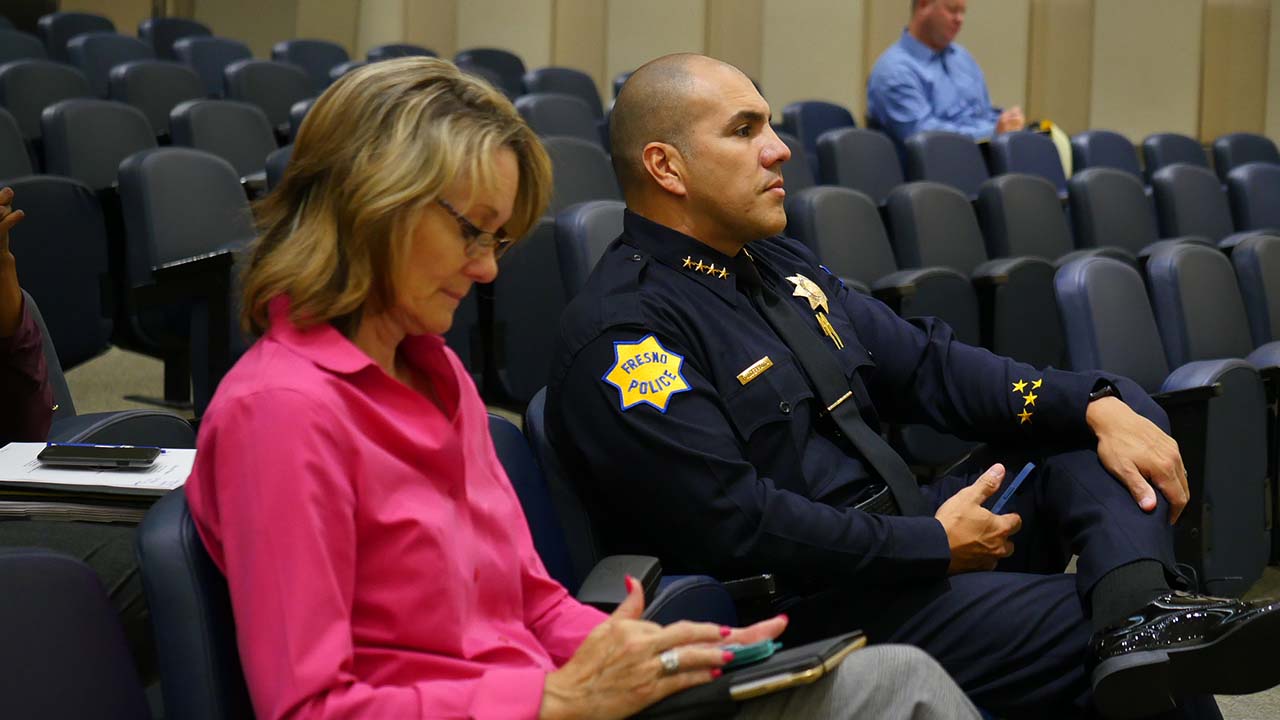 A new labor contract between the city of Fresno and the Fresno Police Officers’ Association has hit a snag. Last week, nearly 81% of FPOA’s membership rejected the contract.

Pay and work assignments were the main reason for the rejection, said Brandon Wiemiller, president of FPOA.

“The the membership voted the contract down because they knew it would only make our recruiting and retention and staffing crisis worse at the detriment of the community in terms of murder rates, in terms of shootings, in terms of citizens waiting days for an officer to show up when their house, car, business gets broken into. The last thing our cops want to do is stop serving the community,” Wiemiller said.

FPOA has been operating without a contract since last June. It is negotiating a three-year deal with City Hall.

Mayor Jerry Dyer says he will speak about the contract with the Fresno City Council on Thursday in closed session.

“I am very disappointed that we have not been able to finalize a contract with the Fresno Police Officers’ Association after spending hundreds of hours in negotiations and reaching an agreement with the FPOA leadership,” Dyer said in a prepared statement.

Does Wiemiller think the city is negotiating in good faith?

“No comment,” he told GV Wire with a heavy sigh. 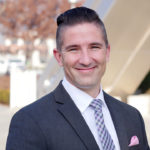 “The the membership voted the contract down because they knew it would only make our recruiting and retention and staffing crisis worse.” — FPOA President Brandon Wiemiller

At the heart of the dispute is a difference in money. FPOA wants more, and at least two city councilmembers agree.

Wiemiller was not willing to discuss specifics on how far off the city and FPOA are.

Wiemiller said that officers come in $20,000-$30,000 less per year than a recently negotiated contract between Fresno County and its sheriff’s deputies.

“If we’re going to be competitive, if we’re going to recruit and retain the best candidates that come out of the academy, we’ve got to be able to pay for them. It’s like that old adage says, you get what you pay for. If you think of pennies, you get pennies. So, I think there’s a lot of work that needs to happen,” City Councilman Luis Chavez said.

Chavez said he wants Fresno PD to be the “premier local law enforcement agency for the region.”

“Short of that, to me, I think it’s just a failure,” Chavez said.

Councilman Mike Karbassi says money is a factor, but there are other elements at play.

“It’s not just the money, though. It’s also making sure when you negotiate with somebody, they want to make sure they’re going to have the support of the council. And I think that’s the biggest hurdle we have,” Karbassi said.

Balderrama Tries to Bridge the Gap

Although he is part of the Dyer administration, Police Chief Paco Balderrama is a member of the union.

“I see my role as kind of a mediator. I’ve expressed my concerns to the mayor and the city manager. And they understand those concerns that if we are going to grow this police department, if we’re going to hire more police officers in order to provide a better service for the community, we have to be attractive,” Balderrama said.

Balderrama said they are competing with agencies that pay more and offer easier working conditions. He also said hiring officers is a nationwide challenge because of the recent negative stigma attached to law enforcement.

“The people who live in the Central Valley do appreciate their police departments. They are very supportive of law enforcement. And, here in Fresno, we have the ability to offer a lot of different positions because we’re a large agency with a lot of specialized units, so that makes us more attractive already. I think what we need to be attractive is in the benefits in the pay as well,” Balderrama said. 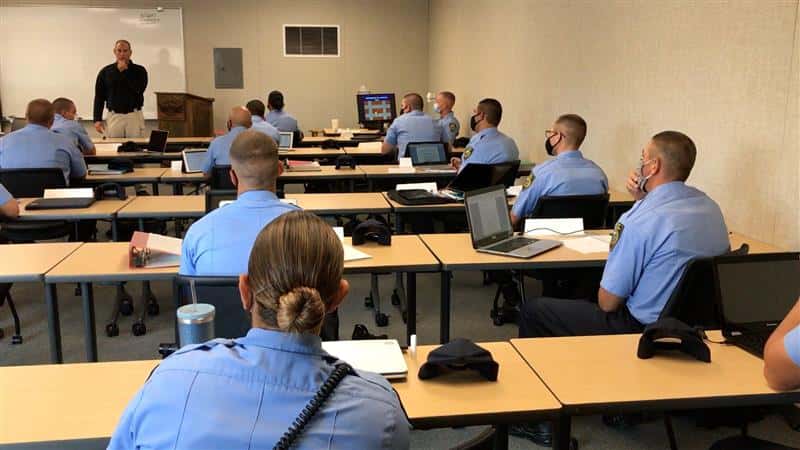 Every mayor since Jim Patterson in the 1990s has had a goal of 1,000 officers, Wiemiller said.

“Ultimately, it’s that community that will suffer. And we’re seeing that now.”

The city budget funds up to 851 officers. Wiemiller said there are 79 unfilled positions and another 90 or so officers are off on medical or other types of leave. He said the department lost a net of 10 officers last year.

“We’re not an attractive agency to come to, especially when you look at the morale of the department in the manner in which we’re compensated for the workload we’re asked to take on,” Wiemiller said.

Dyer said that he understands the urgency to complete the contract negotiations.

“As a former police chief, I recognize the importance of finalizing this contract as quickly as possible in order to enhance our recruiting and retention efforts,” Dyer said.

In his year-end progress report, Dyer said he wants 900 police officers for 2022.

Wiemiller said that the system of how officers are assigned duties was introduced “in the 11th hour.” Normally, officers sign up once a year for districts they want to serve.

“A new system was proposed where they don’t sign up every year. They would just periodically have an opportunity to transfer throughout the year,” Wiemiller said.

Chief Balderrama said maybe his administration did not explain how his proposed system would work.

“I strongly believe that it’s a better way of allowing our officers to transfer between districts into specialized units year-round without doing a one-time shakeup, which is called The Matrix. That’s when all of the patrol positions bid for detailed shifts and different parts of town and things like that. And it’s based off seniority,” Balderrama said.