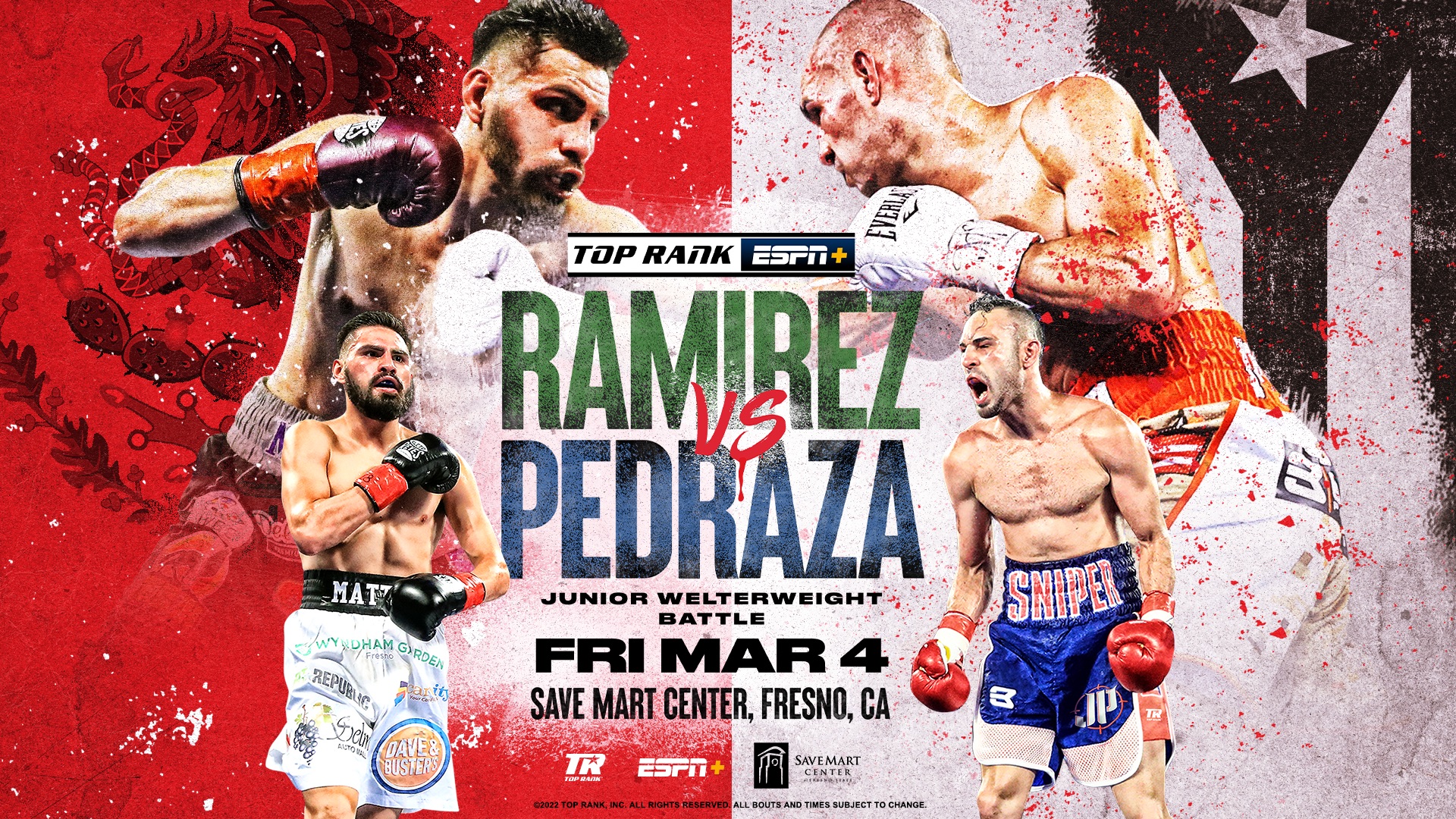 Jose Ramirez's return to the ring is pushed back to March 4. (Top Rank)
Share with friends

Former junior welterweight world champion Jose Ramirez will have to wait a little longer for his homecoming fight at the Save Mart Center in Fresno.

With Ramirez slated to face former world champ Jose “Sniper” Pedraza, the bout was postponed Monday due to Pedraza testing positive for COVID.

Promoter Top Rank announced that the new date for the fight will be March 4 at the Save Mart Center.

Pedraza’s positive test also delays the professional debut of Central Valley native and Olympic Silver Medalist Richard Torrez Jr. The heavyweight from Tulare is scheduled to debut in a six-round bout against an opponent to be determined.

Ramirez Coming Off Only Pro Loss

Ramirez  (26-1, 17 KOs) will fight for the first time since suffering his lone defeat to Josh Taylor last May. The local star lost his WBC and WBO belts in an attempt to become the undisputed champion against Taylor, who held the IBF and WBA titles, in Las Vegas.

Pedraza’s record is 29-3, with 14 KOs. He is a former IBF world 130-pound titleholder and 135-pound WBO world champion — and an unsuccessful challenger for the WBA 140-pound belt.

Healthcare for All Immigrants Leads Newsom’s $286B Budget Plan