One of the biggest debates in Fresno and other California cities again is about public safety. 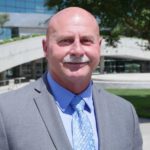 “We must as a city return to where we were prior to 2020. We have exceeded 70 homicides in each of the past two years, again, unacceptable.” — Fresno Mayor Jerry Dyer

Are we safe in our homes or not? What about when we go out to shop? And, are California’s criminal-justice reforms, putting us in danger?

The answer is complicated, and not easily explained in sound bites or on social media.

However, in Fresno, there was little improvement in the one crime that dominates the news.

“’We must as a city return to where we were prior to 2020. We have exceeded 70 homicides in each of the past two years, again, unacceptable,” said Fresno Mayor Jerry Dyer. “This will continue to be a primary focus of my administration as well as our police chief, crime will go down.”

Why Are So Many People Murdered in Fresno?

What’s contributing to the rise in homicides? It’s hard to pin down, but gang violence is a big factor — as it has been for decades — officials say.

“Gang violence is surely one … but there are many other factors that play into violent crimes – relationship issues, friendship issues, emotions, occurrences during the commission of other crimes, alcohol use, drug use, illegal business dealings, the list can go on and on,” said Fresno Police Department spokesman Lt. Bill Dooley.

“We continue to focus our efforts on addressing and preventing violent crime through intelligence-led proactive policing, investigation, and the assistance of our public.”

At a press briefing on Dec. 3, Fresno Police Chief Paco Balderrama vowed to reverse the violence.

“We cannot put up with this anymore,” said Balderrama. “For those who are creating havoc and unsafety in our community, we’re coming after you and we’re not gonna stop.”

While statewide 2021 crimes rates are being tabulated, a report by the California Policy Lab indicated that while crime rose slightly in 2020, they are much lower than the rates of the 1980s and 90s. 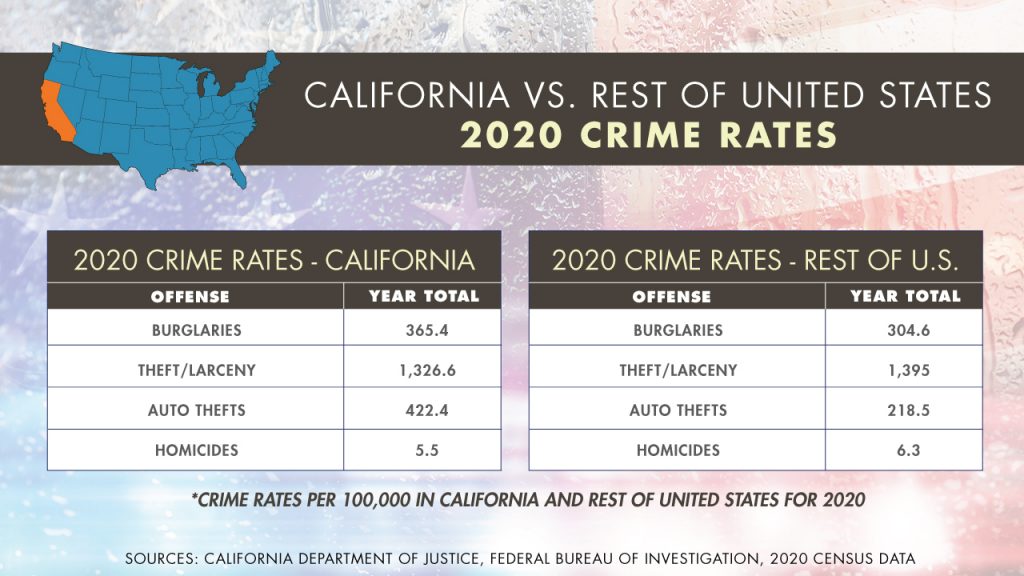 The overall violent crime rate that includes homicide, rape, robbery, and aggravated assault increased by 0.8% in the state and 3.8% in other states between 2019 and 2020. Meanwhile, the overall property crime rate which includes burglary, larceny, and motor vehicle theft declined by 7.7% in California and 7.9% in other states.

“Crime has many factors… You’ve heard about the redistribution of wealth, we need a redistribution of incarceration. In other words, the ones they send to the prison 25, 50, 75 years, often after a few years they’re ready to go, they’re rehabilitated,” Brown said.

“And if you have a reentry program and some kind of control and help, you can work that, but on the other hand, now we’ve got all these people committing break-ins, snatch and grab, shooting up heroin on the street, and they just walk out. … If we took the long-termers and got ’em out a little quicker and we took the short-termers, we put right on the street and we put them in … you just can’t throw people into that county jail in downtown L.A., that’s not any rehabilitative experience. We need alternatives. …”

Backing Brown’s analysis: A 2021 study published by the Cato Institute concluded that mass incarceration has increased the U.S. poverty rate by about 20%. Another study found that a family’s probability of being poor is 40% greater if the father is incarcerated. 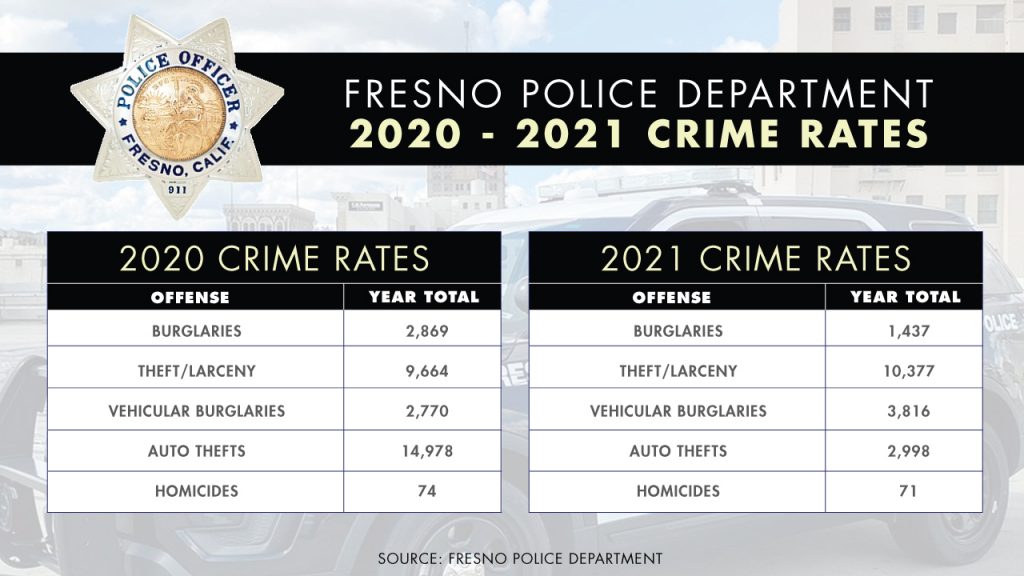 Backing up the state data, the Fresno Police Department says it has not seen a rise in overall crime in comparison to other years.

However, some raise an important question: Are businesses failing to report crimes because they believe nothing will be done about it?

“Not all businesses report petty thefts and shoplifting, and have not done so for years,” said Dooley.

Fresno County Sheriff Margaret Mims says that the region is seeing the results of not holding criminals accountable and releasing prisoners back into society before they are ready to return.

“I don’t think it’s any one thing,” said Mims. “I think it’s an accumulation over the years of bad laws and initiatives that have been passed, and we’re feeling that pain now from all of that.” 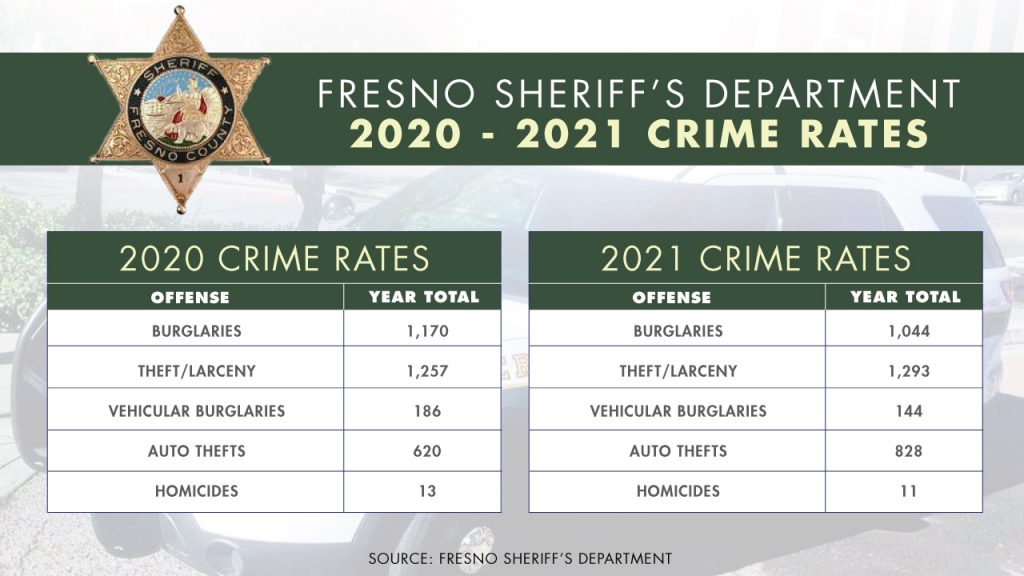 Dyer says that the crime that the city has experienced in the last two years is unacceptable. Like many public officials, he says the contributing factors include California’s weakening laws and a lack of accountability for criminals.

A lack of public support for law enforcement is also a contributing factor, says Dyer. Many officers do not feel empowered to do their job although he feels that sentiment is starting to change for the better.

Lastly, Dyer says, Fresno’s understaffed police department is handcuffed by an inability to fill vacancies in a timely matter. Thus, it is stepping up efforts to recruit female officers and officers of color.

“We want to make it easier for applicants to become police officers especially for females,” said Balderrama. “We are always actively looking for more female officers.”

Dyer says his administration will seek to add a substantial number of officers in the next budget.

Are California Laws To Blame For Increase in Crime? 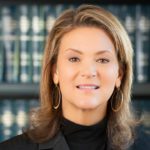 “We need stronger laws to hold people accountable and make people responsible for their behaviors and deter people from committing crimes. Because if the crime has no punishment, there’s no deterrence for people to commit it.” — Fresno County District Attorney Lisa Smittcamp

“Everyone is pointing at Prop. 47 being responsible for flash mobs stealing hundreds of thousands of dollars, if that’s the case then I ask, was it responsible for property crime and shoplifting, and violent crime dropping in 2015, and 16, and 17 and 18, and 19?” asked Newsom. “I believe that it is difficult to assess either at this point.”

Some lawmakers and police agencies point the blame at California laws that began with the passing of Assembly Bill 109  Signed into law by Brown in 2011, the bill redirects defendants convicted of less serious felonies to serve their time in local county jails rather than state prisons.

Voter approval of Proposition 47 in 2014, which reduced some felonies to misdemeanors, and Proposition 57 which shortened prison sentences, followed.

“Jerry Brown was faced as governor with a mandate from the Supreme Court that he had to reduce the prison population and instead of doing what a responsible law and order governor would have done, which was budgeted for more prisons to be built so that he could alleviate the overcrowding in the prisons, he did the opposite,” said Fresno County District Attorney Lisa Smittcamp. “That philosophy that started with Governor Brown is continuing with Governor Newsom.”

Smittcamp says the solution is to build more prisons even if it is an unpopular opinion.

“We need stronger laws to hold people accountable and make people responsible for their behaviors and deter people from committing crimes,” said Smittcamp. “Because if the crime has no punishment, there’s no deterrence for people to commit it.”

On Tuesday, Assemblymember Rudy Salas (D-Bakersfield) introduced AB 1603, which will give California voters another opportunity to amend Prop. 47.

“Enough is enough, we need to fight back against the criminals who are stealing from our communities,” said Salas in a news release. “We have seen the unintended consequences of Prop 47’s weakening of our theft laws and I believe California voters are ready to make their voices heard on this issue again.”

To view crime statistics from Fresno and surrounding cities and counties, click here.

Why Are Gun Sales Booming in Posh Beverly Hills?