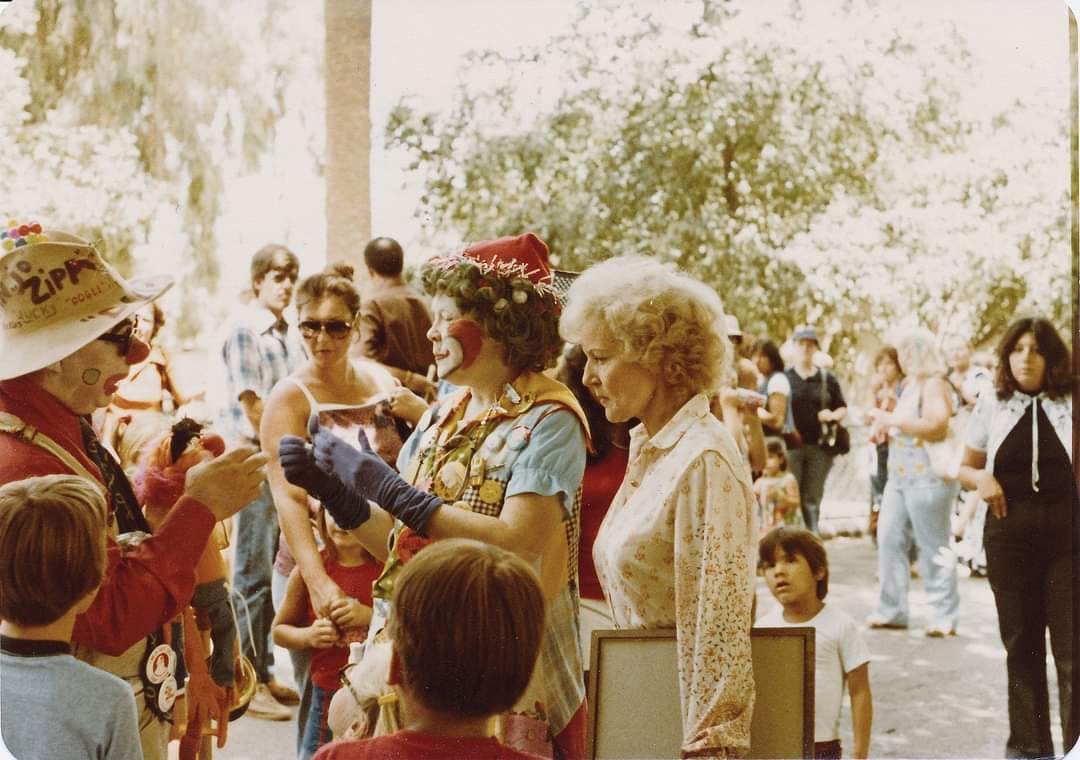 Among the tributes pouring in for Betty White was her love and advocacy for animals.

White, the beloved TV star and cultural phenomenon, died Dec. 31 at the age of 99. She was weeks away from her 100th birthday.

In her 2011 book “Betty & Friends,” she wrote that her mom and dad “were genuine animal nuts, and I am eternally grateful that they have passed much of that passion on to me.”

On July 7, 1979, White visited the Roeding Park Zoo, as the Fresno Chaffee Zoo was known then, for its 50th anniversary “Zoobilee.”

“(Zoo director Paul Chaffee and White) paused for pictures and autographs in front of the zoo’s newly dedicated climate-controlled exhibit for reptiles and amphibians. Other events included performances by clowns, animal-handling demonstrations and a bath for Nosey, the zoo’s popular elephant,” a caption from the Fresno Bee said the next day. 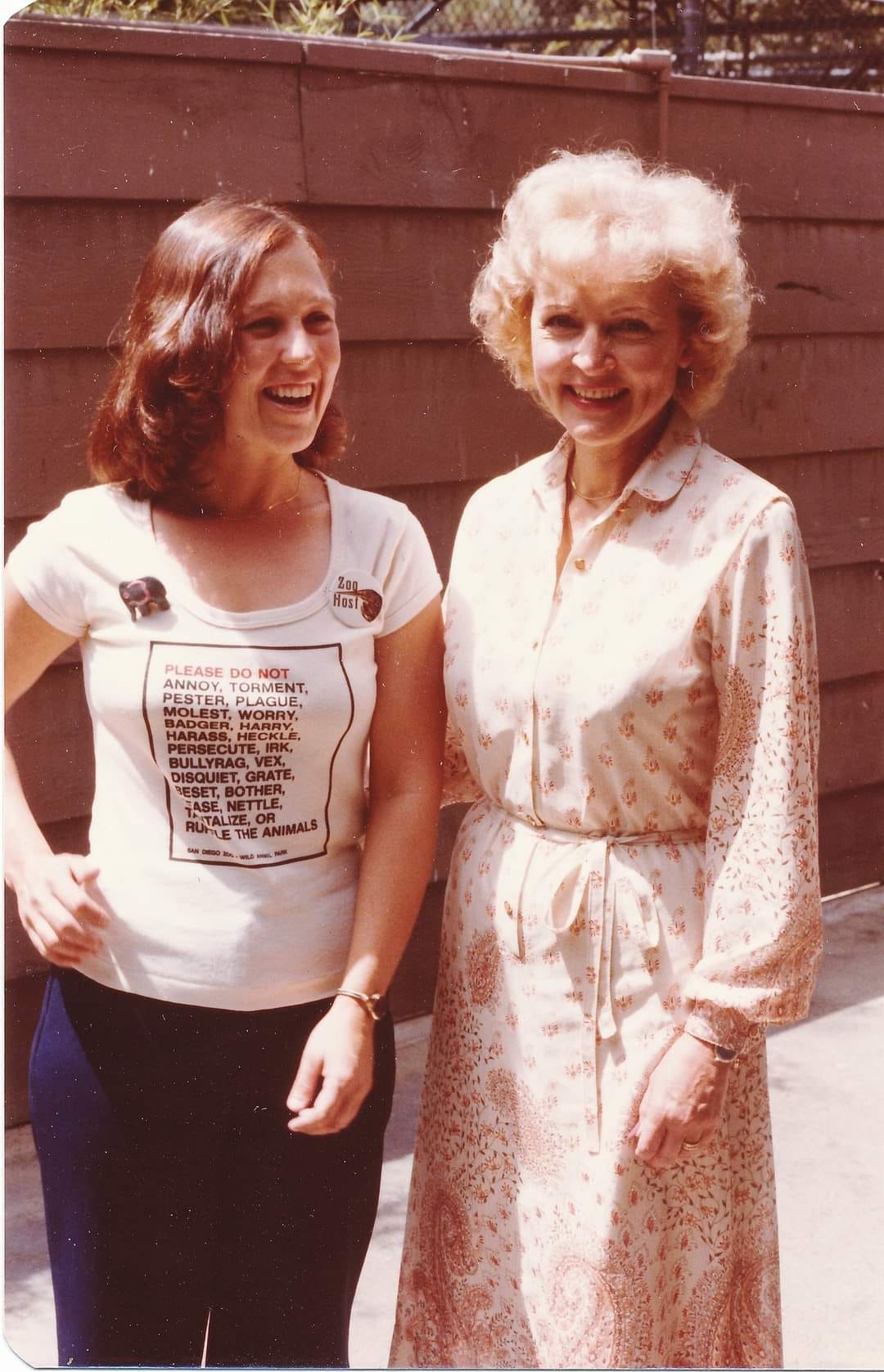 Linda Cover, the zoo’s current animal registrar, was there in 1979 and shared her photos on Facebook. She started in 1972, working a variety of roles for most of those 50 years.

When White visited, Cover worked as a veterinary technician and in the baby animal nursery.

The zoo’s director and future namesake, Paul Chaffee, invited White to attend the celebration. The main event was dedicating the reptile house, considered state-of-the-art for its computerized climate control.

“I toured her through the zoo nursery, looking at . . . some small primates like baboons that were being hand-raised. So she was thrilled to see those items, those critters and all that as well,” Cover said.

Already an established TV star, White concluded her role as “Sue Ann Nivens” on the “Mary Tyler Moore Show” when the show ended in 1977.

“She was very popular even back in those days. Everybody knew who she was,” Cover said. “That was my pleasure to be able to show her around the nursery with our animals,” Cover said. 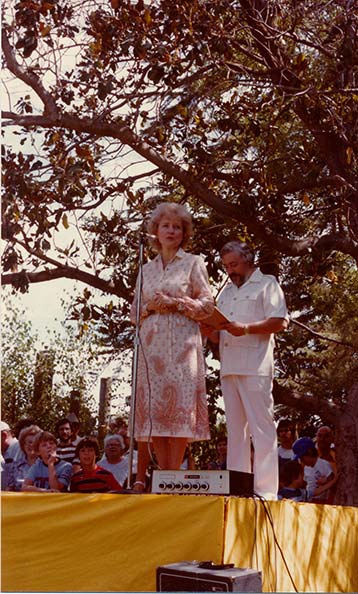 Betty White speaks on stage at a special 1979 Fresno Zoo celebration. Then-zoo director Paul Chaffee is in the background. (Special to GV Wire)

A television series created by White and her late husband Allen Ludden, “Betty White’s Pet Set, featured Betty welcoming celebrity friends with their dogs, cats, birds, and horses – in addition to a wide range of wild animals including tigers, bears, elephants, lions, wolves, gorillas, cougars, seals, kangaroos, zebras, and eagles – both in the studio and on location.

It was canceled after one season in the 1970s. However, the 39 half-hour episodes are scheduled to return this year. They feature entertainment greats such as Carol Burnett, Mary Tyler Moore, Doris Day, James Stewart, Burt Reynolds, Shirley Jones, Michael Landon, Della Reese, Vincent Price and Rod Serling and many more.

The show will appear on digital platforms and DVD on Feb. 23. 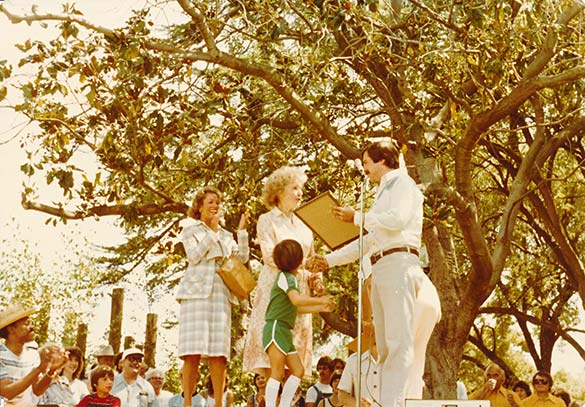 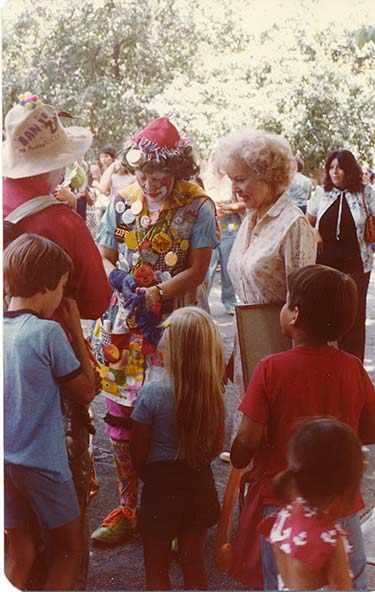 Betty White with a clown during a special 1979 Fresno Zoo anniversary. (Special to GV Wire) 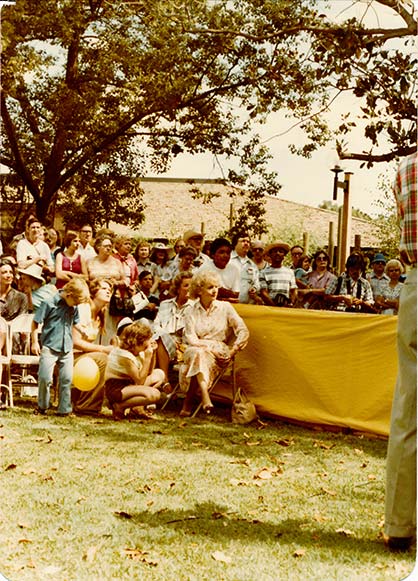 Betty White sits among the crowd. (Special to GV Wire) 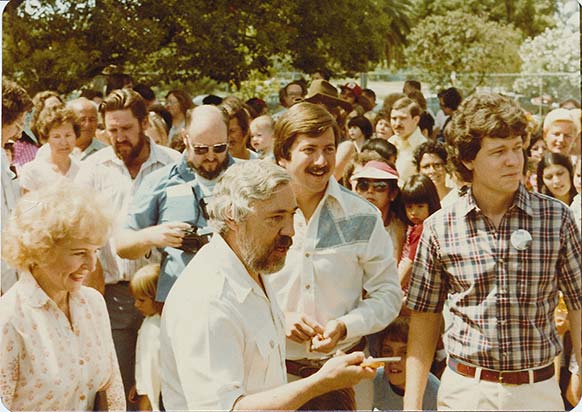