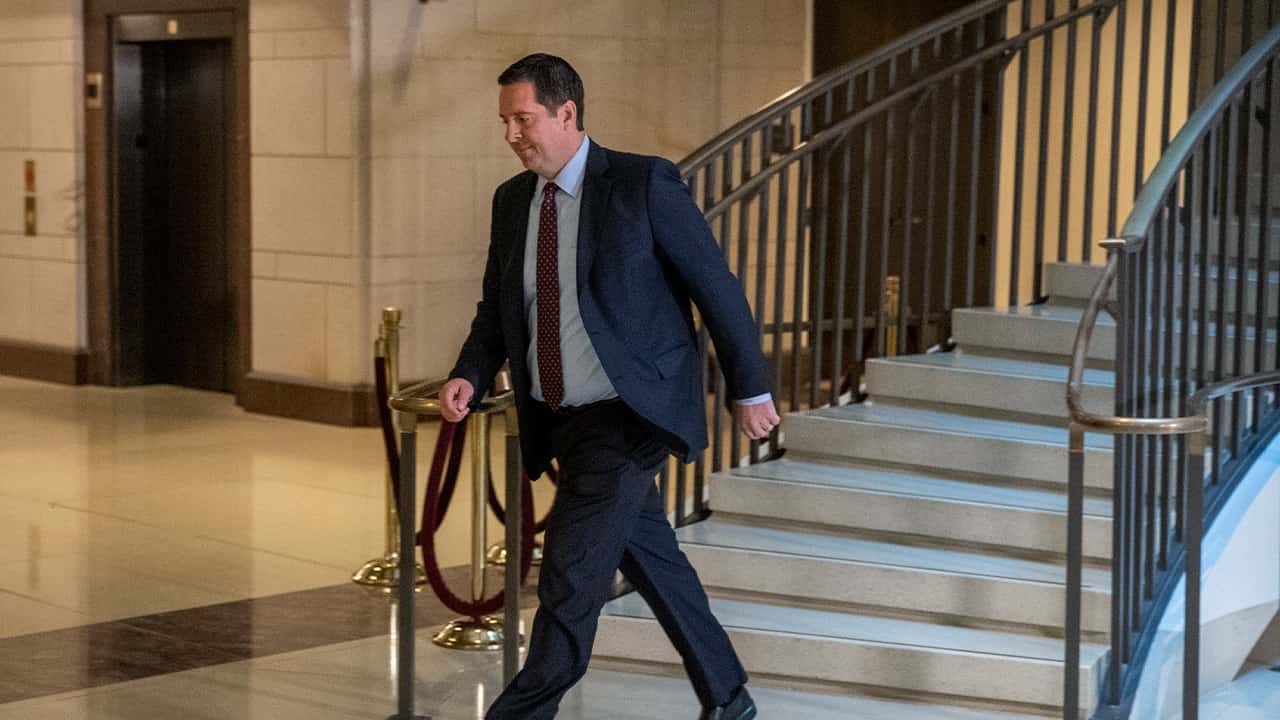 In his letter addressed to Speaker of the House Nancy Pelosi, the Tulare Republican said he informed Gov. Gavin Newsom that he was leaving at the end of the day on Saturday.

“It has been the honor of my life to represent the people of California’s San Joaquin Valley for the last 19 years. Please let me know how I can be of help during this transition,” Nunes wrote.

Nunes announced last month he was leaving office to become CEO of former President Donald Trump’s new technology firm. He was first elected to Congress from the Central Valley in 2002. 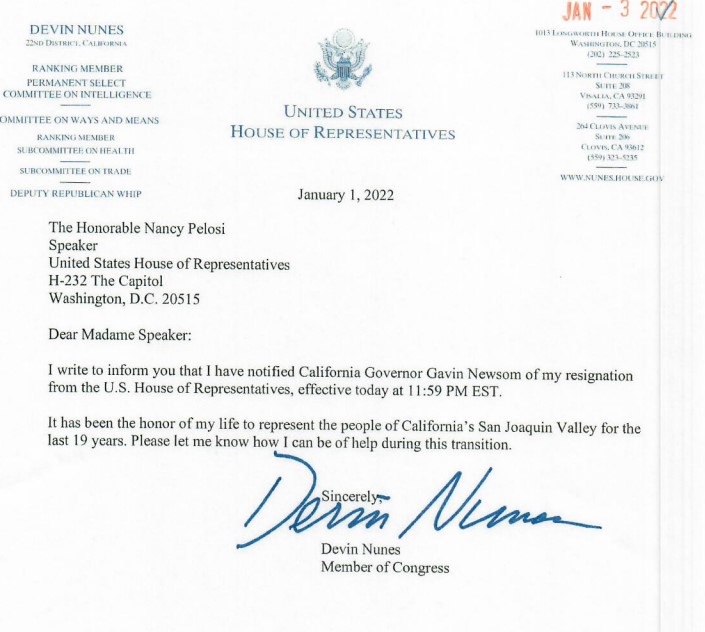 Governor to Call for Special Election

Now that the resignation is official, Gov. Gavin Newsom has up to 14 days to call for a special election under the “old” 22nd Congressional District electoral lines.

The winner of the special election would remain in office until the end of the term on Jan. 3, 2023.

If the top vote-getter in the primary receives a majority of votes, he or she would be declared the winner and a special general election would not be needed.

Fresno County Clerk James Kus estimates that holding a special general and primary election would cost $1.1 to $1.3 million. The costs would be borne by county txpayers.

“We do not anticipate any state reimbursement for the costs of conducting this special election,” Kus said.

Tulare County would also be in the same scenario. About 62% of the registered voters in CD 22 are in Fresno County.

“We are hoping that the General Special Election will be consolidated with the June 7th Primary Election,” Baldwin said.

Related Story: After Nunes Bombshell, Who is Angling to Replace Congressman?

Election May Be Sooner

Recent history indicates the governor may not opt for consolidation.

When Assemblyman Ed Chau, D-Monterey Park, resigned, Newsom called for a special election on April 19, with a Feb. 15 primary. The timeline was within Newsom’s ability to consolidate with the June 7 election.

“The state strives to ensure Californians have representation as soon as possible when a special election is called for,” the governor’s office told GV Wire last month.

Newsom appointed Chau as a judge to the Los Angeles County Superior Court.