Egypt Pushes for Calm After Flare-up in Gaza Hostilities 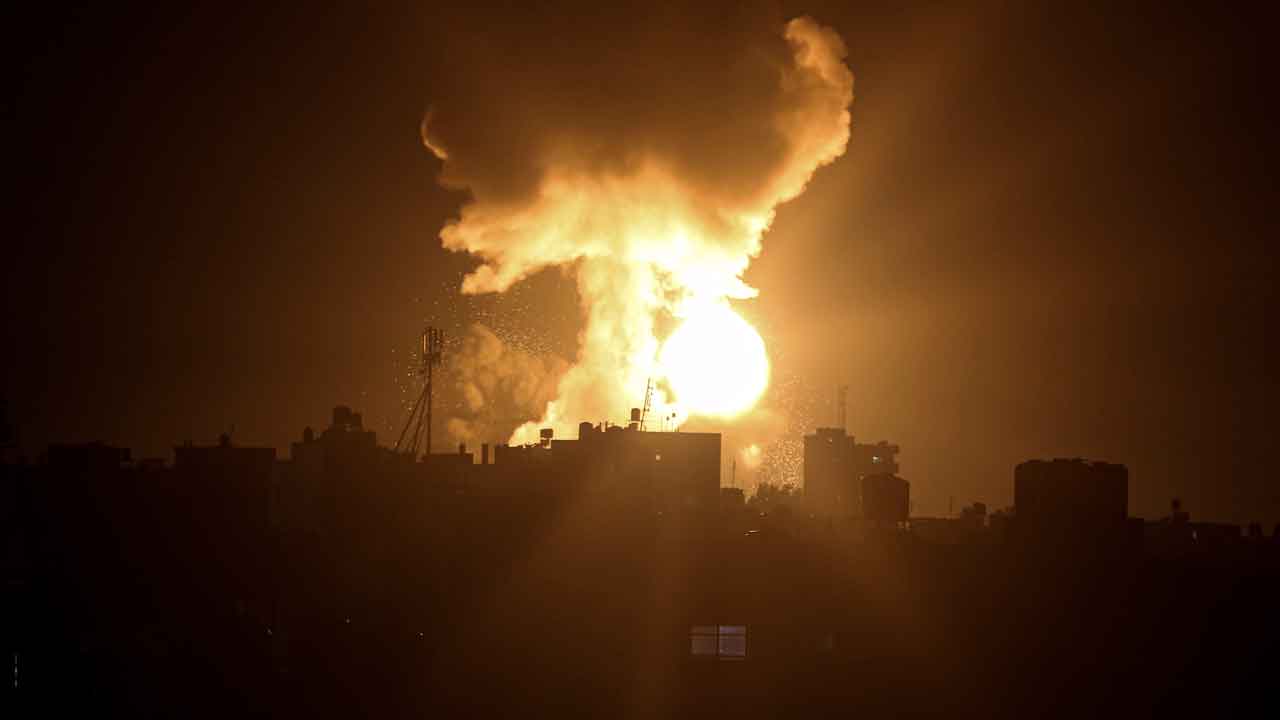 An explosion caused by Israeli airstrikes is seen in the town of Khan Younis, in the southern Gaza Strip. (AP Photo/Yousef Masoud)
Share with friends

Egyptian officials Sunday pushed for Israel and Palestinian militants in the Gaza Strip to rein in hostilities and adhere to a cease-fire in place since the war in May.

The Egyptian efforts came a day after Hamas militants launched rockets into the Mediterranean Sea off central Israel, prompting Israel to carry out airstrikes on militant positions in Gaza early Sunday. No casualties were reported.

The Israeli military said it struck “a rocket manufacturing site and military posts” belonging to Hamas in the Gaza Strip overnight in response to Saturday’s rocket fire.

Calls for Restraint on Both Sides

On Wednesday, Palestinian militants shot an Israeli contractor working along the border fence and Israel responded with tank fire at militant positions in what was the first exchange of fire in months.

Egyptian officials called on Hamas and other Palestinian militant groups in Gaza to stop their actions seen by Israel as “provocative,” and for Israel to accelerate arrangements agreed upon as part of the cease-fire, an Egyptian diplomat with knowledge of the ongoing efforts said. The diplomat spoke on condition of anonymity because they were not authorized to discuss the matter with the media.

“Neither side wants a full-blown war,” the diplomat said. “They just want guarantees and steps on the ground.”

The cease-fire, brokered by Egypt and other mediators, has been fragile but largely held since the 11-day war between Hamas and Israel in May. But the militant group says Israel has not taken serious steps to ease the blockade it imposed on Gaza with Egypt after the Islamic movement seized control of the coastal enclave in 2007.

At the same time, the smaller Islamic Jihad militant group has threatened military action against Israel if a hunger-striking Palestinian prisoner dies. Hisham Abu Hawash, an Islamic Jihad member held by Israel under administrative detention, has staged a hunger strike for over 130 days.

Israel’s controversial policy of administrative detention allows suspects to be held without charge indefinitely. Israel says the practice is necessary to keep dangerous suspects in custody without disclosing critical intelligence that could expose sources. Palestinians and rights groups decry the policy as a violation of due process.

The Goal: At Least 40% Vaxxed in All Nations by Year-End. This Map Shows How We Stand