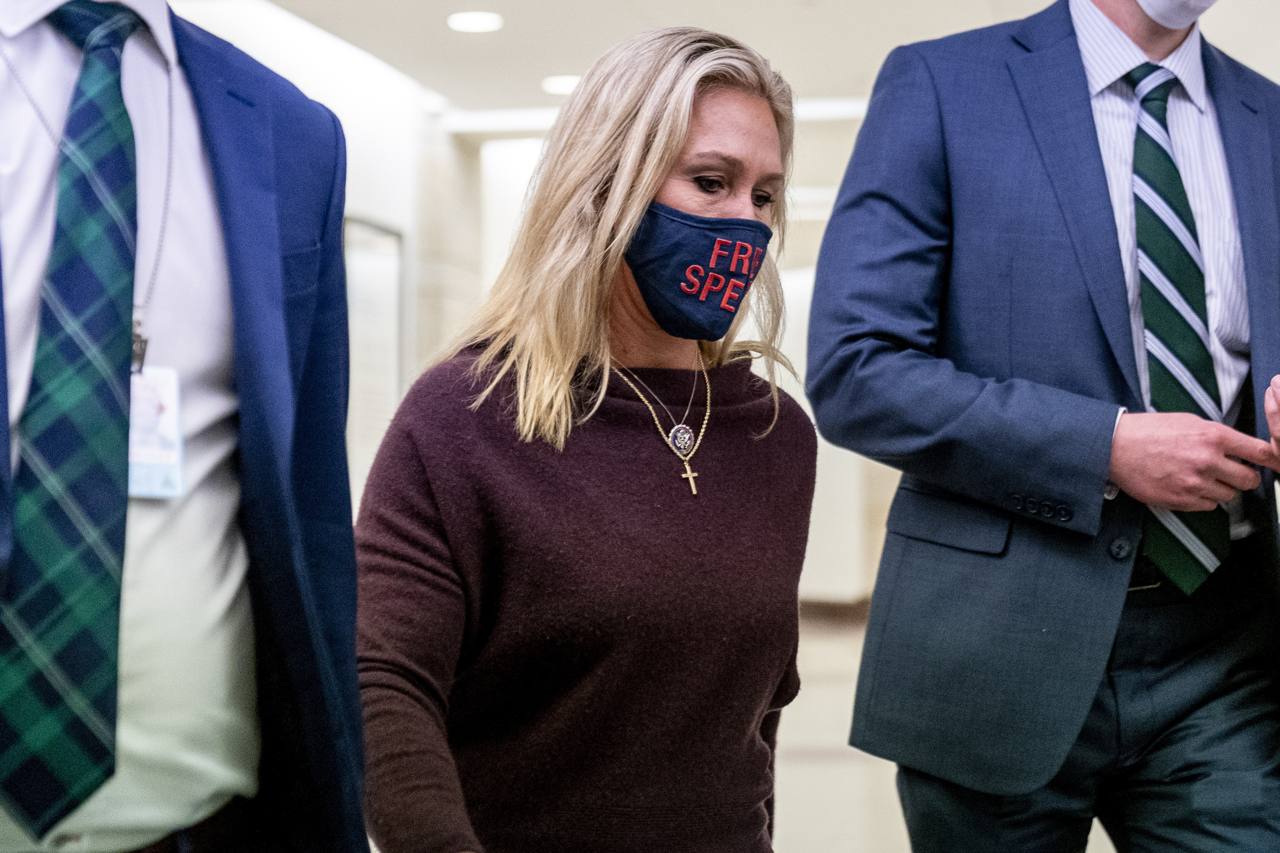 Twitter said Sunday it had banned the personal account of far-right Rep. Marjorie Taylor Greene for multiple violations of the platform’s COVID-19 misinformation policy, the latest strike against the firebrand whose embrace of conspiracy theories has been called “a cancer” for the GOP and led the House to boot her from committees.

The Georgia Republican’s account was permanently suspended under the “strike” system Twitter launched in March, which uses artificial intelligence to identify posts about the coronavirus that are misleading enough to cause harm to people. Two or three strikes earn a 12-hour account lock. Four strikes prompt a weeklong suspension. Five or more strikes can get someone permanently removed from Twitter.

In a statement on the messaging app Telegram, Greene blasted Twitter’s move as un-American. She wrote that her account was suspended after tweeting statistics from the Vaccine Adverse Event Reporting System, a government database that includes unverified raw data.

“Twitter is an enemy to America and can’t handle the truth,” Greene said. “That’s fine, I’ll show America we don’t need them and it’s time to defeat our enemies.”

The first-term lawmaker has repeatedly stirred controversy over inflammatory commentary.

On social media, she has voiced support for racist views, unfounded QAnon pro-Donald Trump conspiracy theories such as the lie that the 2020 election was stolen and calls for violence against Democratic politicians, including House Speaker Nancy Pelosi, D-Calif.

Last February, Senate Republican leader Mitch McConnell called her embrace of conspiracy theories and “loony lies” a “cancer for the Republican Party.” The Democratic-led House that same month tossed her from her two committee assignments, the House Education and Labor Committee as well as the House Budget Committee.

In July, Twitter suspended Greene for a week after President Joe Biden urged tech companies to take stronger action against bogus vaccine claims that are “killing people.” Twitter has defended its efforts to keep dangerous misinformation about COVID-19 off its site, saying it has removed thousands of tweets and challenged millions of accounts worldwide.

Another False Claim on Saturday

Among Greene’s final tweets was one Saturday that falsely referenced “extremely high amounts of covid vaccine deaths,” according to tweets stored in the Internet Archive.

Last week, Greene also boasted on Twitter about talking to the former president by phone. She said she had received Trump’s permission to clarify his stance that he is against vaccine mandates though he encourages people to get the vaccine and booster. Trump was booed by some audience members in Dallas on Dec. 19 when he said he had received a COVID-19 booster shot.

On Sunday, the White House’s top medical adviser, Dr. Anthony Fauci, said the U.S. has been seeing almost a “vertical increase” of new COVID-19 cases, now averaging 400,000 cases a day, with hospitalizations also up. The omicron variant of COVID-19 has driven a surge in new cases across the country.