New CA Laws Are Here. Which Ones Affect You? 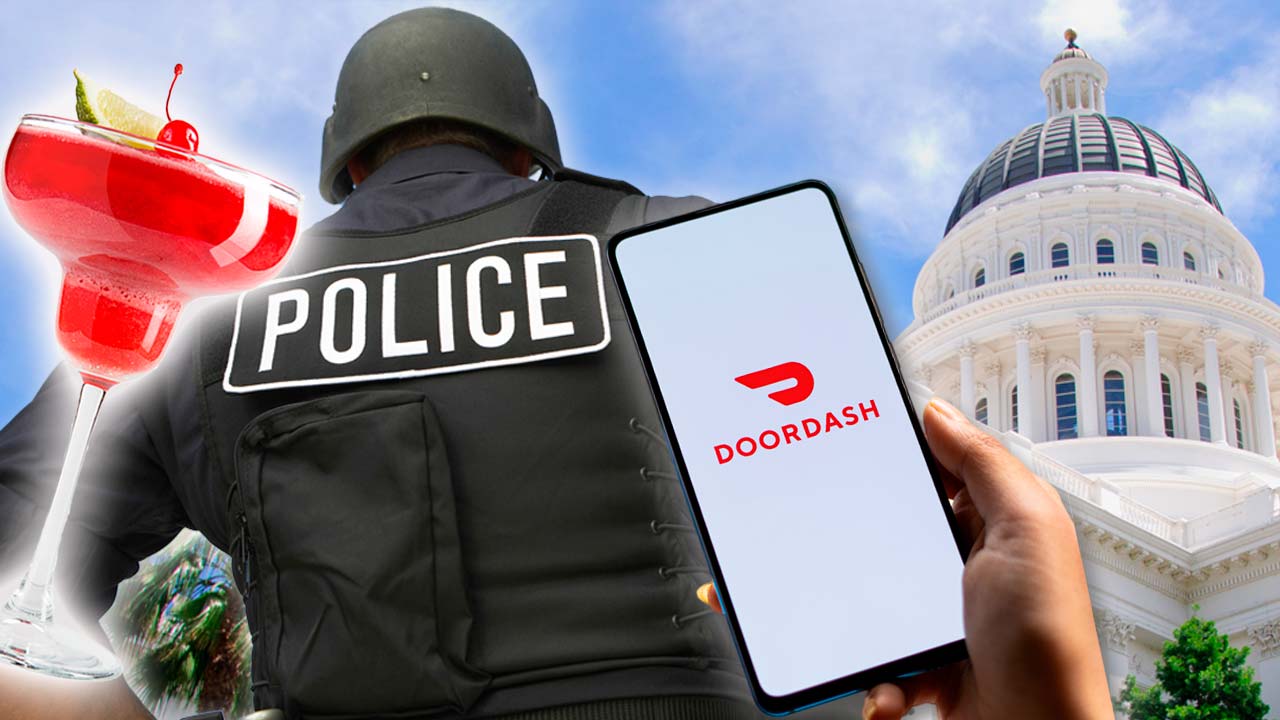 Every year, California’s governor signs so many new laws that not even a political savant can keep track of them all.

The number for 2021 was 770, many of which take effect on Jan. 1, 2022, and affect everything from the availability of menstrual products to the price of bacon.

Befitting California, several of the laws are the first of their kind in the nation: first minimum wage to reach $15 an hour, first to protect warehouse workers from quotas, first to mandate hourly wages for garment workers, first to require gender-neutral toy aisles.

Here’s a look at a few of them — some of which you might remember:

About That ‘Bacon’ Law

Nearly 63% of voters approved Proposition 12 — the Prevention of Cruelty to Farm Animals Act — in 2018.

The law requires that eggs sold in the state come from cage-free hens, and likewise, that pork sold here comes from pigs that aren’t raised in cramped cages.

Some pork producers say the law will raise the cost of bacon by 60%, but other pork producers, such as Hormel, say they’re OK with the law. In fact, Hormel’s Applegate brand already complies with Proposition 12.

A coalition of California restaurants and grocery stores has filed a lawsuit to block the implementation of the law, adding to uncertainty about whether bacon and other fresh pork products will be more expensive or in short supply after New Year’s Day.

Fresno and many other parts of the state have seen their highways and intersections taken over by illegal street racers and stunt racers. These events had led to deaths, injuries, and property damage.

A new law, AB 3, authored by Republican Assemblyman Vince Fong of Bakersfield, defines “sideshow” and allows the driver licenses of convicted sideshow participants to be suspended for up to six months.

Under current law, those convicted of engaging, aiding, and abetting in a street race can receive no more than 90 days in county jail, a fine up to $500, or both.

Related Story: Fresno Residents Must Learn a New Way to Throw Out the Trash in 2022

Delivery drivers and restaurants celebrated Newsom’s signing of AB 286 into law in October.

The law requires third-party delivery companies to itemize the costs of delivery transactions to restaurants and customers.

And, it outlawed the food delivery app practice of keeping a portion of tips. 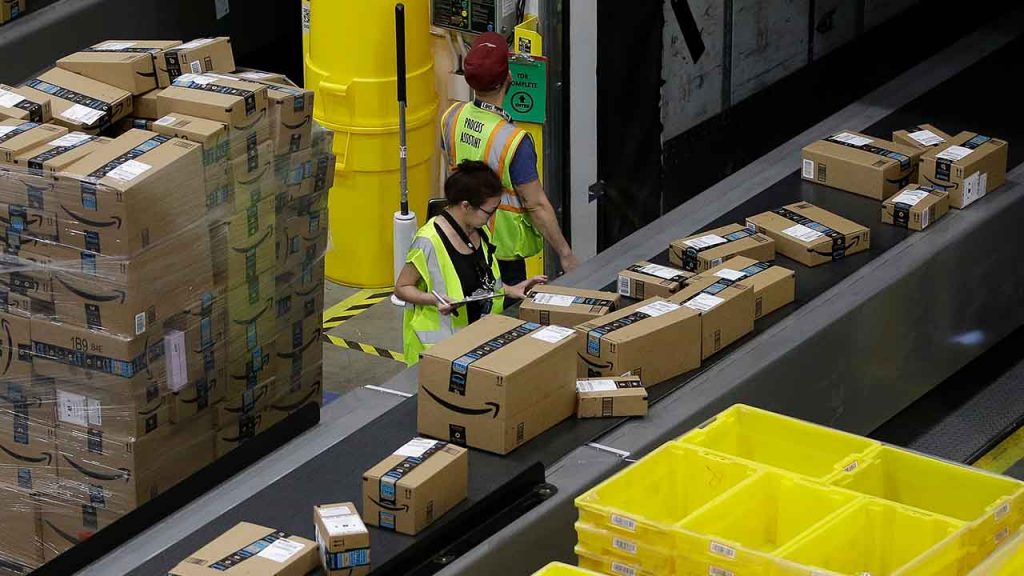 In this Feb. 9, 2018, photo, packages move down a conveyor system where they are directed to the proper shipping area at an Amazon Fulfillment Center in Sacramento. California becomes the first U.S. state to bar warehouse retailers, like Amazon, from firing workers for missing quotas that interfere with bathroom and rest breaks. (AP File)

San Diego Assemblywoman Lorena Gonzalez wrote AB 701, which regulates quotas as distribution centers such as Amazon with more than 100 workers.

The law stops companies from setting quotas so high that employees have to skip rest or meal breaks to meet the quota.

In addition, the law requires companies to describe in writing what the quotas are and spell out the penalties for failing to meet the goals. 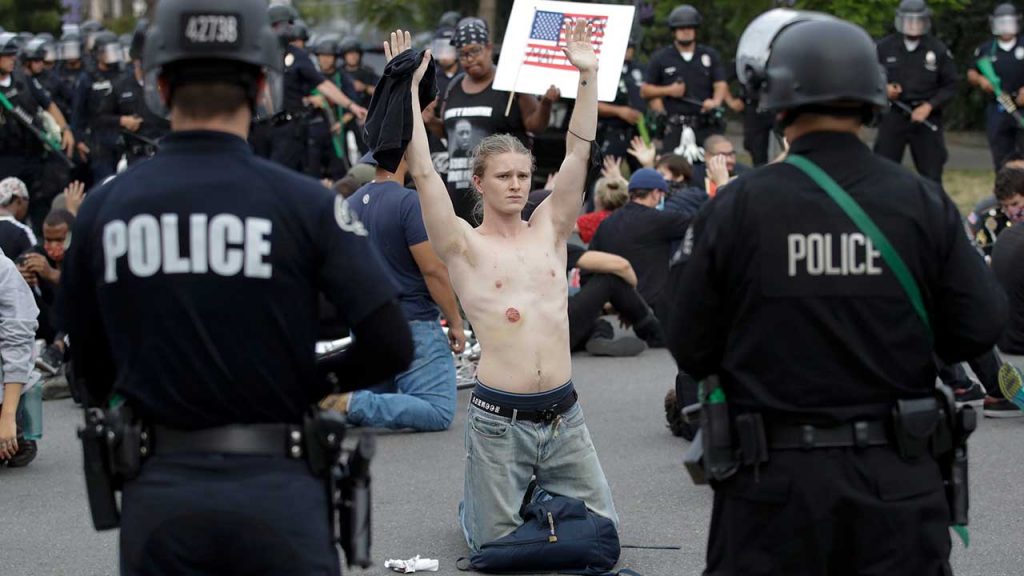 In this June 1, 2020, photo, a protester, who appears to have a bruise from a rubber bullet, raises his arm shortly before being arrested for violating a curfew in the Hollywood area of Los Angeles. A new law to limit the police use of rubber bullets will take effect on Jan. 1, 2022. (AP File)

Among several police reform laws signed by the governor, SB 2, aims to stop officers from moving to other agencies after they’re found to have committed serious misconduct.

In addition, officers can’t have their police license yanked if they fail to intervene when another officer is using excessive force. And, officers can’t fire rubber bullets or tear gas until all other forms of crowd control are exhausted.

One allows local governments to rezone neighborhoods near mass transit for up to 10 housing units.

The second requires cities to approve up to four housing units on what was a single-family lot, over the objections of municipal leaders.

Meanwhile, some cities rushed to pass ordinances undercutting the law before it takes effect, Opponents are also gathering signatures for a ballot measure to restore local control.

Facing a worker shortage, many fast-food outlets are paying more than minimum wage these days.

Some Bay Area cities already have local ordinances in place setting the minimum wage at $17 or slightly higher. 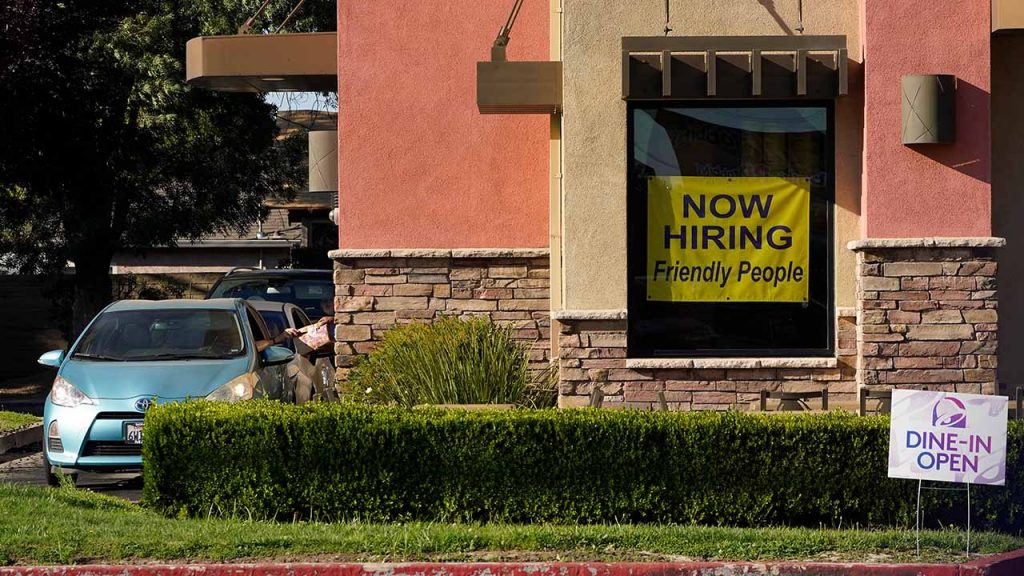 Restaurants can offer cocktails to go through 2026 under SB 389, which extends the practice that began in an effort to keep restaurants afloat during the pandemic.

The law includes provisions to prevent the sale of alcohol to minors.

All state public schools, including community colleges and universities, must provide free menstrual products to students under AB 367.

According to the ACLU, research shows that students lacking access to menstrual products have higher absence rates and are less able to focus and engage in the classroom.

The law requires access to menstrual products in public school restrooms for grades 6-12 and at institutions of higher learning.

Large stores must have a gender-neutral toy aisle under AB 1084, although enforcement won’t begin until 2024.

Critics of the law call it unnecessary and point out that many stores already have gender-neutral toy aisles.

The law applies to toys and childcare items such as toothbrushes and affects only stores with more than 500 employees.

When the law becomes enforceable, the fine will be $250 for a first offense and $500 after that.

The state continues to ease criminal penalties, building on a decade of efforts to reduce mass incarceration.

For example, it is ending mandatory minimum prison or jail sentences for nonviolent drug offenses and giving judges more discretion to order probation or other alternatives.

It is also limiting prison terms for those associated with street gangs, considering mitigating circumstances in applying sentencing enhancements, and retroactively removing other enhancements for repeat offenders and certain previous drug crimes.

And, probation offenders will be freed on their own recognizance unless a judge deems them to be a public safety or flight risk.