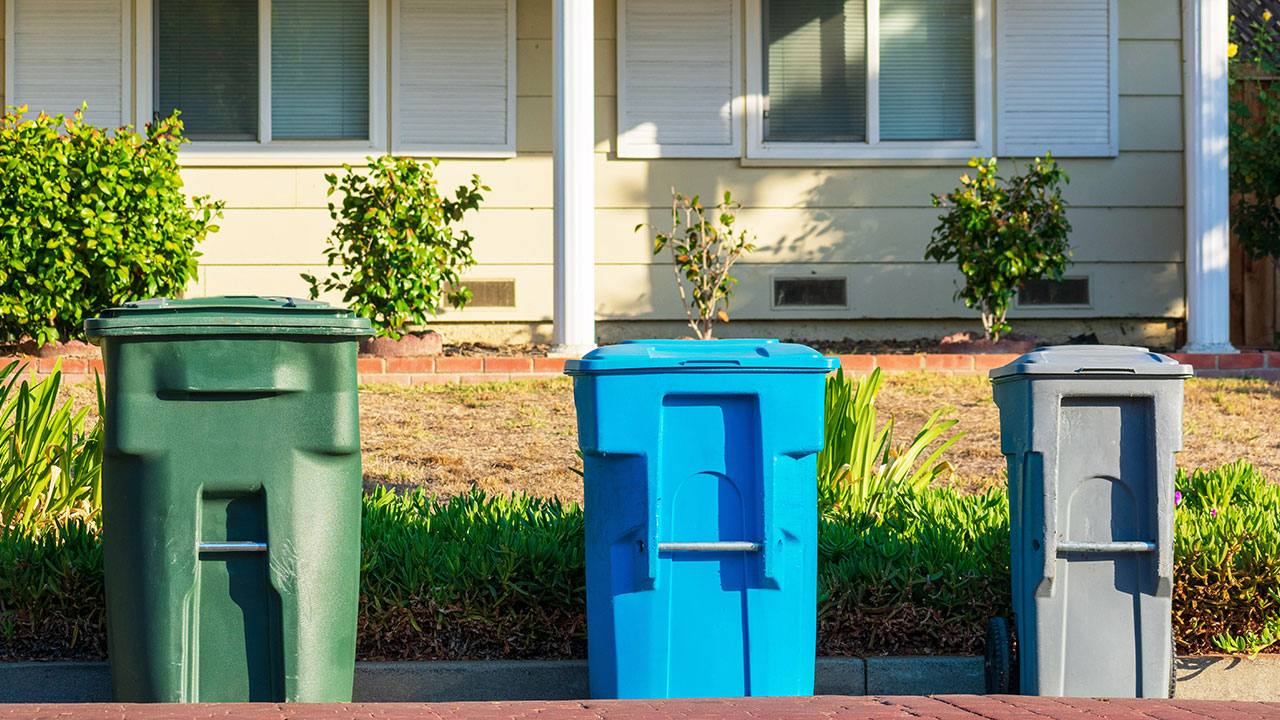 To start the new year, families and businesses will have to learn to make more conscious decisions when dumping the trash.

In tune with California’s larger 2030 climate change goals, Senate Bill 1383 will require approximately 540 jurisdictions in the state to provide organic waste collection services to all residents and businesses starting on Jan. 1.

Fresno households and businesses already navigate three colored containers with the goal of separating, recyclables, landfill waste, and organic waste into blue, gray, and green bins. Now, everyone will have to remember to set aside scraps of food waste and put them into the green waste bin.

However, fines and price hikes will not be felt until 2024, says Fresno’s director of public utilities.

“For the next two years, we are going to focus on outreach and implementation,” said Michael Carbajal. “The goal is to learn about the regulations.”

According to the U.S. Environmental Protection Agency, the Fresno City Council adopted a zero-waste action plan in 2009, establishing a goal of achieving 75% diversion by 2021 and zero-waste status by 2025.

In 2005, a mandatory recycling ordinance passed requiring all multifamily and commercial customers to recycle, and in 2016 following state law, the City required businesses to recycle their organic waste into green bins.

With SB 1383, the city of Fresno will have to pass a new ordinance mandating residents to divert food waste into the green waste bin.

“The key component here is the diversion from the landfill, and the city of Fresno already has the three bin containers,” said Alkhayyat.

While the state is requiring that all cities and counties implement the new law starting Jan. 1, Alkhayyat says most jurisdictions in the state won’t be able to comply that quickly.

Fresno, along with many other cities and counties across the state, will apply for an extension while the law takes effect on the first of the month.

Carbajal says local and statewide composting facilities need to be built and customers need education about how to separate green waste from the landfill.

How to Separate Your Organic Waste

As many Fresno households currently practice, organic green waste such as yard trimmings, landscape, and pruning waste, including untreated wood, paper products, and fruits and veggies grown in a garden are already thrown into the green bin.

However, with this new state law, individuals will have a larger organics list to choose from. They include prepackaged food, and small amounts of grease to be disposed of at the right time, said Carbajal.

The EPA describes food scrap waste as anything from fruit and veggies to coffee grounds and eggshells. However, dairy products or meat and fish bones will continue to go into the gray bin. 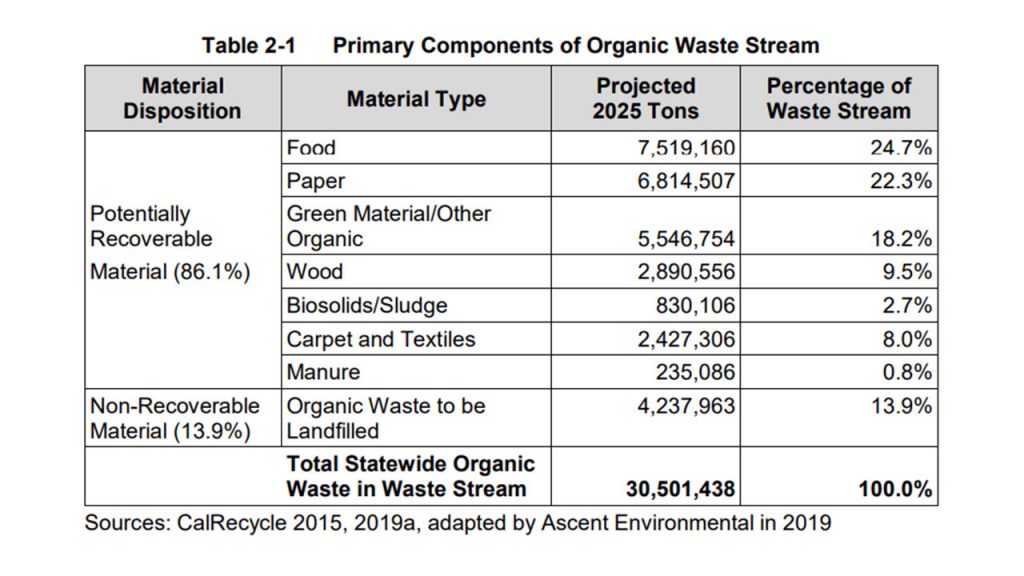 The California Department of Resources Recycling and Recovery (CalRecycle), in consultation with CARB, will oversee the regulations and has stated that food scraps and yard trimmings will be recycled into new products like compost, mulch, biofuel, and electricity.

According to CalRecycle, landfills in the state emit 20% of the state’s methane, a climate super pollutant more potent than carbon dioxide.

Organic waste like food scraps and cardboard and yard trimmings make up 50% of what California residents dump into landfills.

Besides the millions of households that will have to follow these new state rules, cities and counties will also have to set up recovery programs that divert edible food from going to waste.

SB 1383 requires that 20% of edible food must be recovered to feed people by 2025 by working with food donors to establish food recovery programs.

According to CalRecycle, grocery chains will often throw edible food away because of it’s appearance, age, freshness, grade, size or surplus.

With this new rule, grocery chains and stores, schools and federal and state agencies will all have to comply with these new state regulations to make sure that any undesirable but edible food is given away to food banks and other recovery programs.

Will These New Services Add to Your Utilities Bill?

Carbajal says the city has not raised its rates in the last 13 years, but as demand for these services increases, there will be a price hike.

Currently, the city has a flat rate of approximately $25 for solid waste depending depending on the size and quantity of containers.

“We are expecting an increase, but it will be a reasonable one we hope,” said Alkhayyat.

Starting next year, the city council will first have to decide on the best rate for utilities service, set up contracts with the cities franchise haulers, and draw up an ordinance requiring residents to follow the new rules.

While Fresno gets ready to do educational outreach, city officials will apply for an extension that waives penalties for the city and its residents.

AP reports that governments can avoid penalties by self-reporting to the state by March if they don’t have programs in place and outlining plans for starting them. Cities that refuse to comply could eventually be fined up to $10,000 per day.

Will Fresno Usher in the New Year With Sunny Skies?