More Rain Ahead, Making for a December to Remember 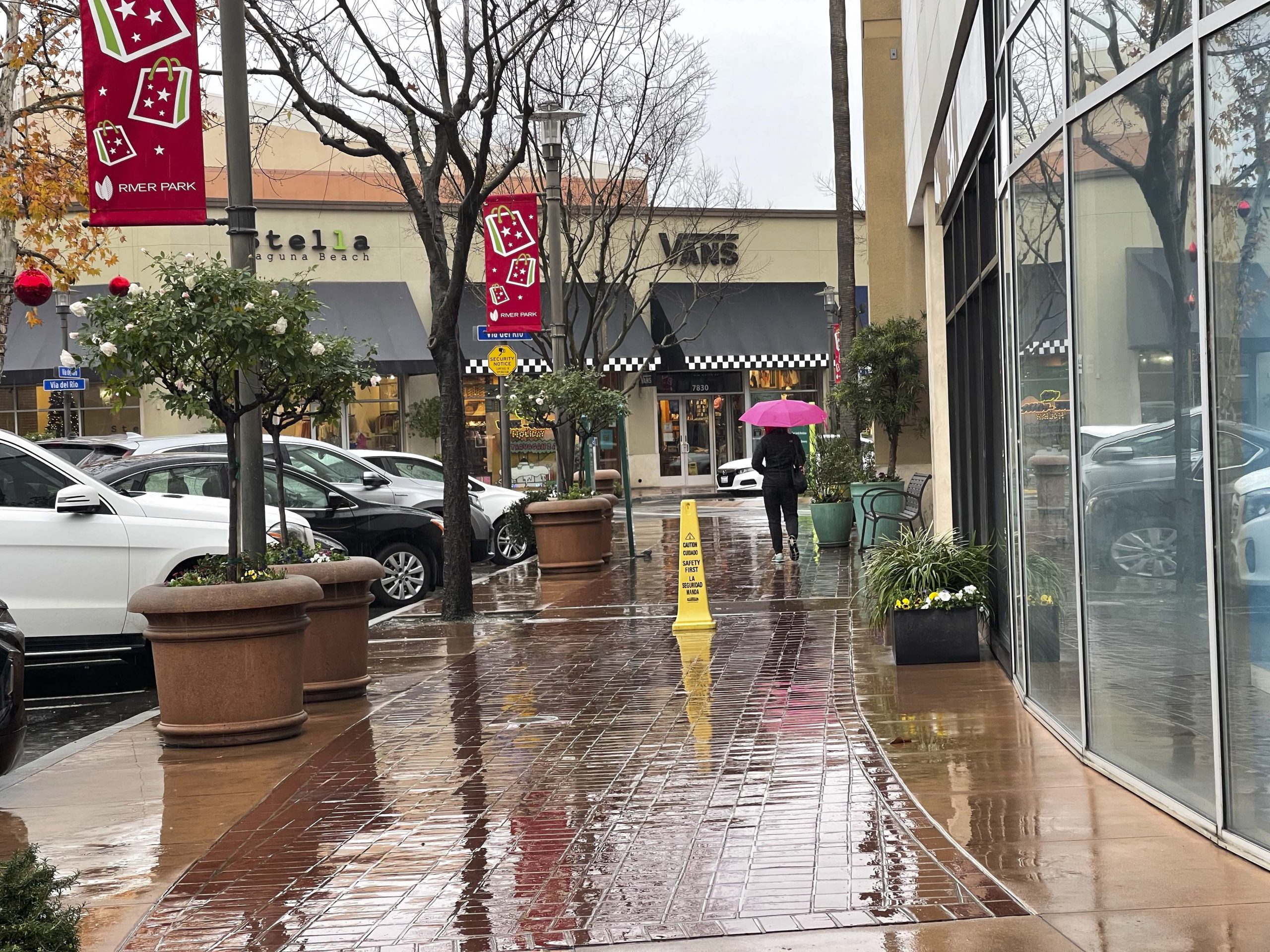 The umbrellas are out at Fresno's River Park shopping center. (GV Wire/Albert Baker)
Share with friends

More than 1 inch of rain has fallen in Fresno since Thursday, and more is on the way.

With five days left, this month is knocking on the door of joining the 10 wettest Decembers for the city.

In case you’re wondering, Fresno twice has gone without a drop of rain in December: in 2011 and 1989.

Now, for what’s ahead.

NWS-Hanford said in its Monday morning forecast discussion that today’s storm will end Tuesday morning, but another will arrive on Wednesday. Snow will continue to fall in the Sierra at higher elevations and could show up in the foothills as well.

According to The Weather Channel, Tuesday will feature afternoon sun followed by a 75% chance of rain on Wednesday.

Authorities near Reno said three people were injured in a 20-car pileup on U.S. Route 395, where drivers faced limited visibility on Sunday. Further west, a 70-mile stretch of Interstate 80 was shut until at least Monday from Colfax, California, through the Lake Tahoe region to the Nevada state line.

Caltrans also closed many other roads while warning of slippery conditions for motorists.

NWS issued a winter storm warning for greater Lake Tahoe until 1 a.m. Tuesday because of possible “widespread whiteout conditions” and wind gusts that could top 45 mph. And, rockslides caused by heavy rain closed more than 40 miles of Highway 1 in Big Sur on the central coast. There’s no estimate for reopening the scenic stretch of highway.

22 inches of snow in just the last 12 hours at @TahoeXC near lake level. Just an epic dump for the Tahoe region and the Sierra. @TahoeWeather @NWSReno #CAwx pic.twitter.com/QgHPwcHVjj

The state Department of Water Resources reports that the snowpack was between 145% and 161% of normal across the Sierra as of Monday — welcome news for drought-ravaged California. 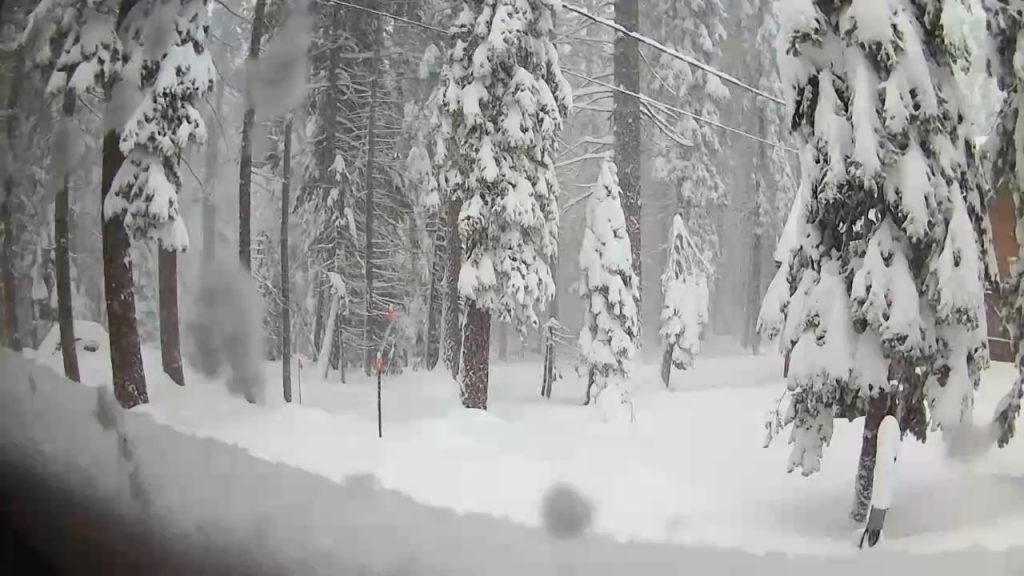 NWS reports that the snow depth at Huntington Lake is 51. 6 inches.

There are 200.6 inches of snow at Placer County’s Blue Canyon, which is typically California’s wettest location.

You can check the latest California snow water equivalent levels at this link.

Water levels for major California reservoirs are at this link.

Just Where the Heck is Fig Garden, Anyway?