Did You Know Feds Cover up to $9K for COVID-19 Funerals? 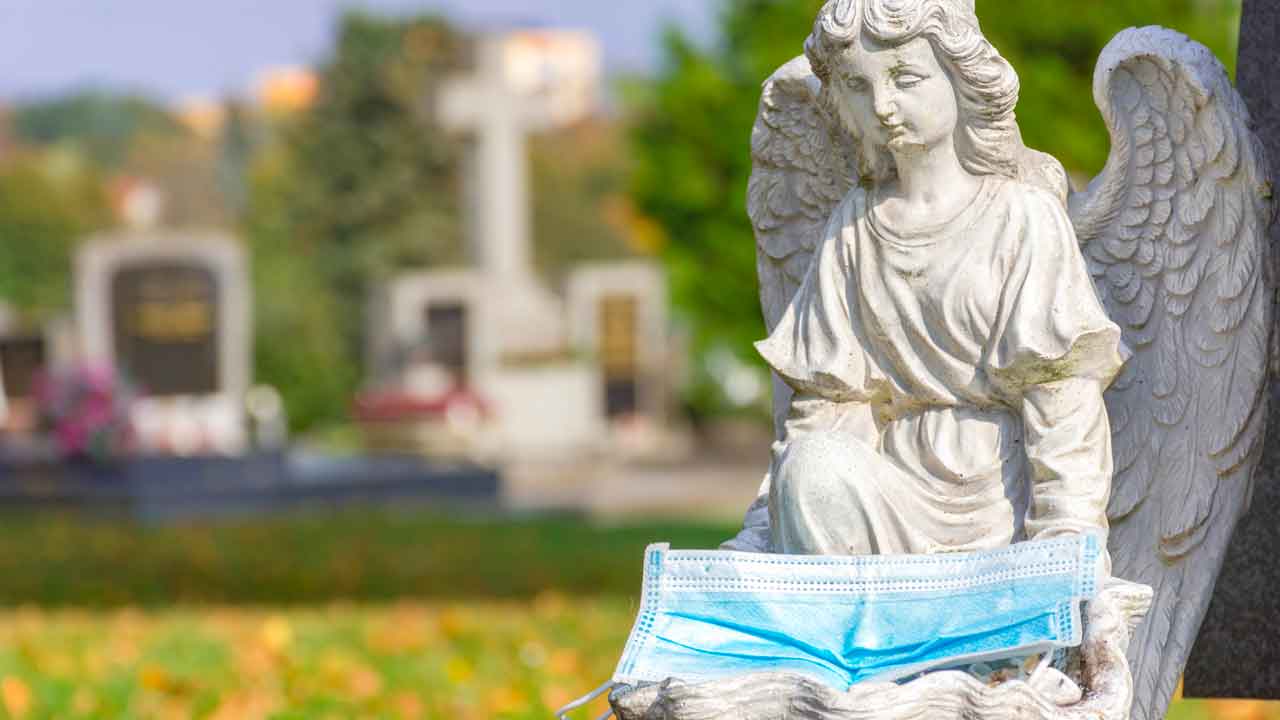 The federal government had paid about $1.5 billion to help with funerals for people who died of COVID-19. (Shutterstock)
Share with friends

BOSTON — When Wanda Olson’s son-in-law died in March after contracting COVID-19, she and her daughter had to grapple with more than just their sudden grief. They had to come up with money for a cremation.

Even without a funeral, the bill came to nearly $2,000, a hefty sum that Olson initially covered. She and her daughter then learned of a federal program that reimburses families up to $9,000 for funeral costs for loved ones who died of COVID-19.

Olson’s daughter submitted an application to the Federal Emergency Management Agency, received a deposit by June, and reimbursed her mother the $1,974.

“Had this not been available, we would have been paying the money ourselves,” said Olson, 80, of Villa Rica, Georgia. “There wasn’t any red tape. This was a very easy, well-handled process.”

Many Families Yet to Apply

As of Dec. 6, about 226,000 people had shared in the nearly $1.5 billion that FEMA has spent on funeral costs that occurred after Jan. 20, 2020, the date of the first confirmed case of COVID-19 in the U.S. With the nation’s coronavirus death toll topping 800,000, it’s clear that many families who are eligible for reimbursement have yet to take advantage of the funeral benefit.

Her son-in-law was traveling a lot, working on air conditioning systems in theaters, restaurants and businesses, when he began feeling ill, Olson said. After a few days at home, he went to the hospital and was put on a ventilator. He died several weeks later.

“He could never overcome it,” she said.

To be eligible for reimbursement, death certificates for those who died after May 16, 2020, must indicate that the death was attributed to COVID-19.

For deaths that occurred in the early months of the pandemic — from Jan. 20 to May 16, 2020 — death certificates must be accompanied with a signed statement from a medical examiner, coroner, or the certifying official listed on the certificate indicating that COVID-19 was the cause or a contributing cause of death.

The percentage of individuals who have been reimbursed varies dramatically from state to state — from nearly 40% in North Carolina and Maryland to fewer than 15% in Idaho and Oregon, according to state-by-state data compiled by FEMA.

While the reimbursement must go directly to individuals, some funeral directors have taken on the task of informing grieving families of the benefit.

After the benefit was first announced, David Shipper, owner of the Sunset Funeral Home, Cremation Center & Cemetery in Evansville, Indiana, took out ads to let people know that help was available if they qualified.

“Nine thousand dollars — that’s a lot of money. We wanted to find a way to tell people about it,” he said. “We stopped advertising some time ago, but when we have a new family with a death from COVID, we tell them about the program.”

Workers at the home will sit down with families, gather the needed paperwork, contact FEMA on the phone and help walk them through the process if they ask, he said.

Many families may simply be unaware of the benefit, but others may opt against seeking the cash out of reluctance to revisit the pain of the death, Shipper said. He said the better time to seek the help is when planning the funeral.

“They’re much more likely to take advantage right then than if they’ve already spent the money and don’t want to open it up again,” Shipper said.

The largest states account for some of the biggest shares of the FEMA reimbursement money.

The program has paid out more than 21,000 reimbursements in California and Texas, which have both reported more than 74,000 COVID-19 deaths. Residents applied for more than $141 million in each state.

The fewest number of reimbursements have occurred in Vermont, where 123 people were awarded a total of about $704,000.

Expenses covered under the FEMA program include funeral services, cremation, and interment, as well as the costs for caskets or urns, burial plots or cremation niches, markers or headstones, transportation or transfer of remains, clergy or officiant services, and the use of funeral home equipment or staff.

The program has been funded using federal stimulus funds, and money remains available. No online applications are allowed.

After all required documents are received and verified, it typically takes fewer than 30 days to determine if an individual is eligible, according to FEMA. Once eligibility is confirmed, applicants who request direct deposit may receive the money in a matter of days. It may take longer for applicants who request a check.

The reimbursement is one way of helping ease the emotional and financial burden that the pandemic has wreaked on communities across the country according to Ellen Wynn McBrayer, president of Jones-Wynn Funeral Homes & Crematory in Villa Rica, Georgia.

She recalled one woman who lost her mother, husband, and one of her children to the disease in the span of six months. One of the workers at the funeral home also succumbed to the virus.

“To have to help a grieving family is hard on a normal day, but to see so many deaths,” she said. “COVID has just broken a lot of hearts and taken a lot of lives.”

These Are the Stories that Rocked Local Politics in 2021

Just Where the Heck is Fig Garden, Anyway?