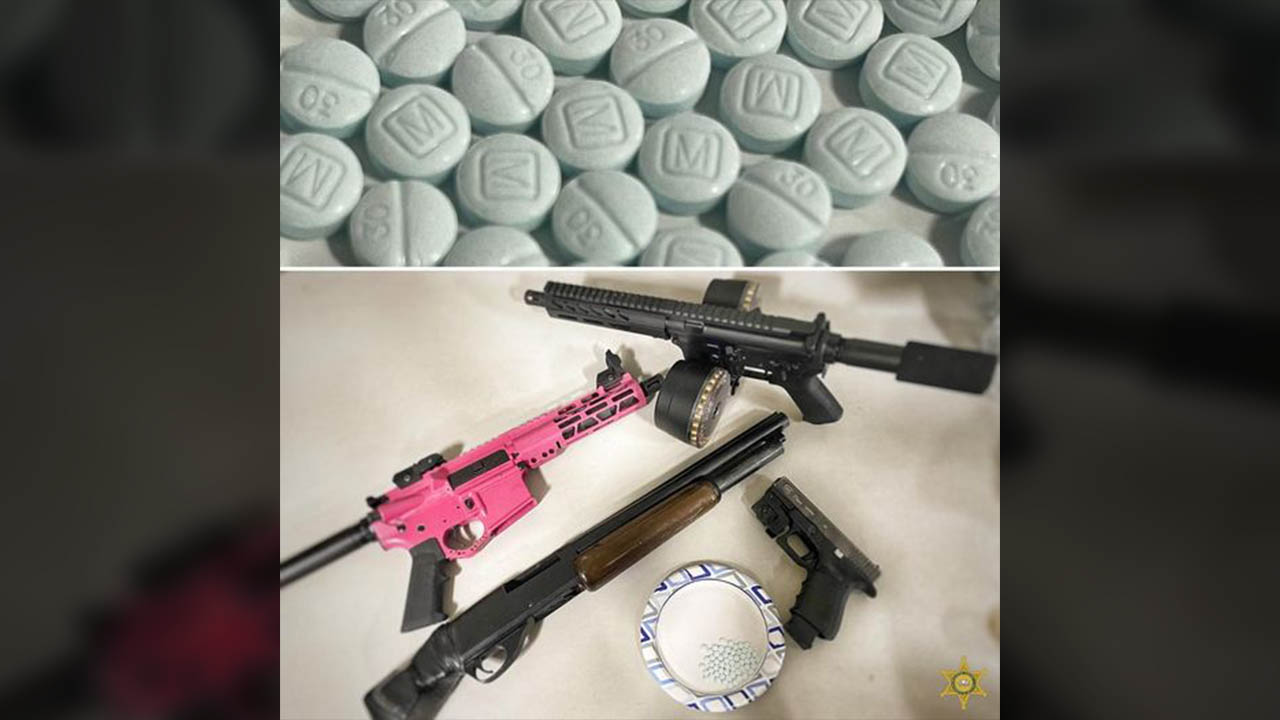 Madera city police and county deputies seize guns and pills believed to have fentanyl. (Facebook/Madera County SO)
Share with friends

Deputies booked Torrez into Madera County Jail, where he remains in custody, with bail totaling $110,000.

Tipped Off to Pills, Guns

Acting on a tip that counterfeit prescription pills containing fentanyl were being sold in the 200 block of Williams Avenue, a search warrant was served at the location.

The seized pills are off blue in color and marked “Oxycodone Hydrochloride 30mg.” The pills also have an “M” imprint inside a square on one side and “30” above a horizontal line on the opposite side.

Often, these pills are counterfeit and contain fentany. One pill can be enough for a deadly fentanyl overdose, Madera law enforcement officials said.

Anyone with information regarding fentanyl pills, drug sales, or the unlawful possession of firearms may contact the MADNET tip line at (559) 675-7776. Callers can remain anonymous.