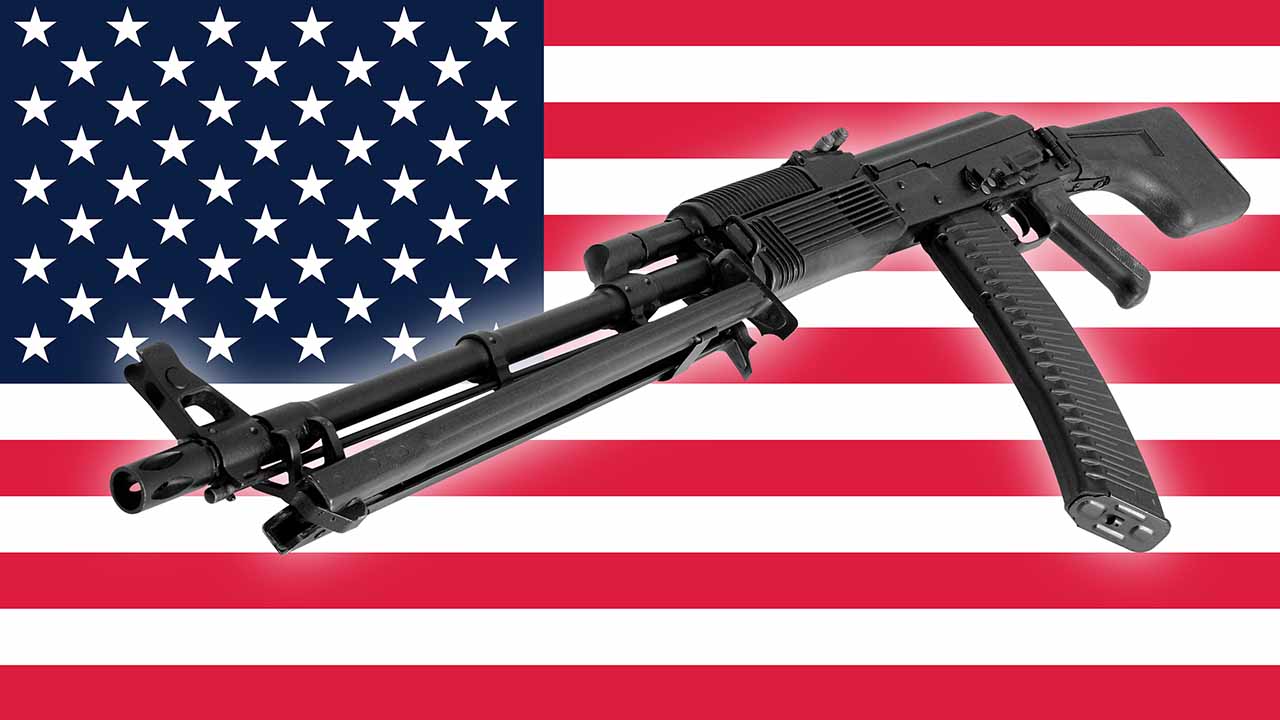 Congress has ordered the Pentagon to keep better track of military weapons. (Shutterstock)
Share with friends

The Department of Defense is overhauling how it keeps track of its guns and explosives, and Congress is requiring more accountability from the Pentagon — responses to an Associated Press investigation that showed lost or stolen military weapons were reaching America’s streets.

Some of the stolen weapons involved three military policemen, one of which had ties to the Fresno Bulldogs street gang. A heist they were involved in resulted in AK-74s, which are similar to the AK-47, winding up in the hands of Fresno gang members and gang members in other cities.

Because of how rapidly they fire — three bullets every two seconds — civilians cannot legally possess AK-74s in the United States without a license.

The Pentagon will now have to give lawmakers an annual report on weapons loss and security under the National Defense Authorization Act, which Congress approved this month and President Joe Biden is expected to sign. As AP’s AWOL Weapons investigation showed, military officials weren’t advising Congress even as guns and explosives continued to disappear.

To meet those reporting requirements, the military is modernizing how it accounts for its millions of firearms and mountains of explosives.

“Clearly the accountability on this issue was stopping at too low of a level,” said U.S. Rep. Jason Crow, D-Colorado, a U.S. Army veteran and member of the House Armed Services Committee who supported the reforms. With the new requirements, “if there are hundreds of missing weapons in that report, members of Congress are going to see it and they are going to be asked about it publicly and held accountable for it.”

Pentagon officials have said that they can account for more than 99.9% of firearms, and take weapons security very seriously. Still, when AP published its first report on missing firearms in June, Gen. Mark Milley, the chairman of the Joint Chiefs of Staff, said he would consider a “systematic fix.”

In response, the Army, the largest branch with the most firearms, took on a major overhaul of how units report missing, lost, or stolen weapons. Paper records are giving way to a digital form, and a central logistics operations center is collecting and verifying serious incident reports that — as with other armed services — didn’t always go all the way up the chain of command.

The new system uses an existing software system called Vantage to give commanders a real-time look at what is unaccounted for, Scott Forster, an operations research analyst at the Army, said in a briefing with AP.

Other changes will affect how the military responds to law enforcement investigations.

When a gun is recovered or sought during a criminal case, the Defense Department’s Small Arms and Light Weapons Registry is supposed to determine the last known location or unit responsible. But the registry’s information was inaccurate and responses to law enforcement weren’t timely, according to internal Army documents obtained by the AP. (The Army runs the registry for the Pentagon.)

The Army is now developing an app that would search each service’s own property record databases, according to Army spokesman Lt. Col. Brandon Kelley.

The new law also requires the Defense Secretary to report confirmed thefts or recovery of weapons to the National Crime Information Center, which the FBI runs. Military regulations had required the services and units to self-report losses; the onus will now be on the highest level of the Pentagon.

Other Reforms on the Way

The other armed services also are implementing reforms.

The Marine Corps said it is developing internal procedures for improved oversight through increased inspections of units. The Navy required units to notify a higher headquarters when reporting weapons losses. The Air Force has replaced its munitions property book system with a commercial application.

This summer, the Defense Logistics Agency began reporting to the Pentagon losses and thefts of firearms that the military loaned to civilian agencies under the Law Enforcement Support Office program. In its data release to AP, the Pentagon reported that 461 of these firearms had vanished, with 109 later recovered. AP’s reporting did not include LESO weapons.

After the AP’s initial report published in June, Gen. Milley tasked the service branches with scrubbing their data on firearms losses since 2010 — the time period AP studied.

The Pentagon reluctantly shared the statistics it collected, which Milley’s office has provided to Capitol Hill. The official numbers are lower than what AP reported — but also incomplete, because some services failed to include stolen weapons as documented by the military’s own criminal investigators.

The number of missing, lost, or stolen firearms was “approximately 1,540” from 2010 through this summer, according to LTC Uriah Orland, a spokesman for the Office of the Secretary of Defense. The majority have been recovered, he said. That total compares to the at least 2,000 firearms that AP had reported for 2010 through 2020, a tally was based on the military’s own data, internal memoranda, criminal investigation case files and other sources.

There are several reasons for the discrepancy. In conducting their analyses, each service used different standards and systems. Despite the detailed data search by each service, AP found lost or stolen items that were not in their official accounting.

Relying on its official weapons registry, the Navy data represented that none of its shotguns have been stolen and its only explosives losses during the 2010s were 20 concussion grenades. AP identified several shotguns and dozens of armor-piercing grenades, based on case files from the Naval Criminal Investigative Service.

The Marines decided that any weapon that vanished in a combat zone didn’t count — even in cases, for example, when a rifle fell from a vehicle or aircraft, or disappeared from living quarters on overseas base. Their total of “unaccounted for” firearms since 2010 was 31.

The biggest explanation for the difference between AP’s numbers and official numbers is a significant downward revision of Army totals.

In June, AP reported the Army couldn’t account for more than 1,500 weapons. Most of that total derived from internal Army memos that said 1,300 rifles and handguns were lost or stolen between 2013 and 2019. The Army had said the memos could include duplications and combat losses, which AP excluded when known.

Responding to Milley’s order, personnel hand-searched records. Their conclusion was that, in the 2010s, only 469 firearms were missing.

Army officials didn’t detail which weapons they excluded or their criteria for reaching the total, which AP was unable to verify independently.

Newsom Offers $100K in Rewards in Fresno and Visalia Murders